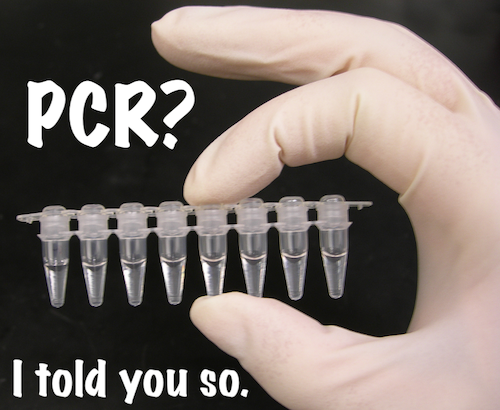 Dr. Scott Atlas, coronavirus advisor to President Trump: “History will record the faces of public health expertise, as some of the most sinful, egregious epic failures in the history of public policy. They have killed people, with their lack of understanding. The policy itself is a crime against humanity.” [1]

Ever since I provided compelling evidence that no one has proved the COVID virus exists [2] [3] [4], I’ve been getting a sprinkling of messages from people:

“My good friend, who is a virologist, says the virus is very real…”

“My friend, a geneticist, says you don’t need to have an isolated specimen of the virus, as long as you’ve sequenced its genetic structure…”

“My doctor friend says people are dying, so it must be the virus…”

This is like saying, “Two years after the September 11th attacks, I spoke with my friend, who used to work for the CIA, and he said the 9/11 Commission Report was absolutely correct.”

“My cousin’s father-in-law was a business associate of the chairman of the Federal Reserve, and the chairman assured him the Fed has never manipulated interest rates for clandestine purposes.”

Why would you ask the fox who is guarding the hen house to account for the diminishing population of hens?

“But…but this is DIFFERENT. The COVID VIRUS is SCIENCE.”

No. It’s not science. This is about an investigation into what is CALLED science.

A man named Socrates figured this out a long time ago. He would ask an aristocrat what Justice was, and when the aristocrat blithely said it was what everyone supposed it was, Socrates would point out the obvious fallacy in this line of approach.

If you only seek answers from a person whose specialty is…what your investigation is all about…why are you investigating? Simply to learn what an “expert” believes? That will be a very short and unproductive inquiry.

In the forgotten subject called Logic, that fallacy is called Appeal to Authority. It’s the most obvious fallacy of all.

If you ask an engineer questions about building bridges, and he has designed many bridges that still stand up after millions of hours of traffic streaming across them, you’ll learn useful information. But proving the existence of a virus is a different proposition. Very different.

Asking a mainstream geneticist whether the COVID virus has been proven to exist is very much like asking a news anchor whether he reports the facts every night.

An actual investigation into “the science” of discovering viruses would consider dissident views. For example, here is what German virologist Stefan Lanka has written about this process: [5]

“Individual molecules are extracted from the components of dead tissue and cells, they are misinterpreted to be part of a virus and are theoretically put together into a virus model…”

“With only a few mouseclicks, a program can arrange [an outcome] as desired, by putting together short sequences of nucleic acids from dead tissue and cells with a determined biochemical composition, a larger genetic sequence that is supposed to represent the complete genome of an old or new virus. In reality, not even this manipulation, called ‘alignment’, can result in the ‘complete’ genetic material of a virus which could then be called its genome.”

“In this process of theoretical construction of the so-called ‘viral DNA or viral RNA strands’, those sequences that don’t fit are ‘smoothed out’ and missing ones are added. Thus, a RNA or DNA sequence is invented which doesn’t exist in reality and which was never discovered [or] scientifically demonstrated as a whole.”

A hundred years ago, if you had asked a virologist what was causing a devastating skin disease in the American South, called pellagra, he would have authoritatively told you it was a virus. And perhaps you then would have written to a journalist who’d stated there was no proof for the virus theory: “I learned from a virologist that a virus is definitely causing these skin outbreaks…”

But the cause turned out to be a niacin deficiency.

Months ago, I wrote a number of articles breaking down the false phenomenon called COVID-19. For the most part, the people who are dying are dying of traditional lung conditions (pneumonia, TB, etc.) falsely re-labeled COVID. Pollution is one major cause. A huge number of these people are the elderly, who are already suffering from multiple long-term health conditions, made far worse by years of treatment with toxic drugs. WHAT IS CALLED COVID IS NOT ONE DISEASE WITH ONE CAUSE. [6]

No new virus is required as an explanation.

At the highest levels of technocracy, the major players want this fake pandemic to serve as the gateway and the rationale for a new civilization: surveillance, obedience, slavery.

The launch-point in 2019 was the virus that wasn’t and isn’t there.

A hundred years ago, the Rockefeller Empire set out to prove there were many needs for their new products: pharmaceutical drugs. They employed researchers who could greatly expand the idea that harmful germs were everywhere—germs that required treatment with these drugs.

At the root of this enterprise were virologists, who understood the mission, who understood what they were getting paid for: the invention of new methods for detecting germs.

“Detection” took on added meaning. You didn’t actually have to find the germs. You had to concoct more sophisticated methods that would be taught and believed and accepted. These methods were actually STORIES.

The Rockefeller experts were story tellers.

Their descendants are following the same playbook.

One of their main jobs is cementing THE VIRUS STORY in the public mind. They do it with the coda: “THIS IS SCIENCE.”