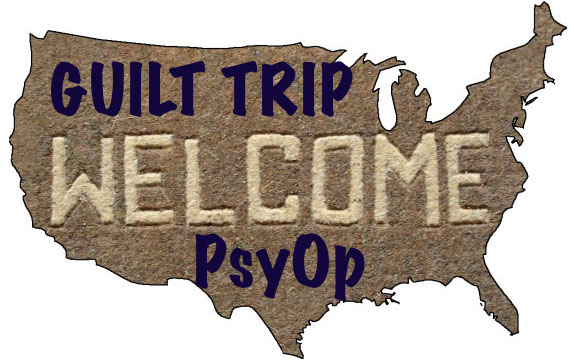 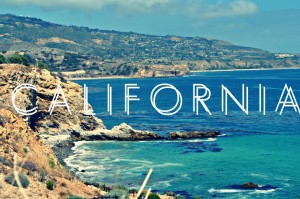 The California state government, together with the voting bloc of so-called Progressives, acts like a child who steals his rich parents’ credit cards, maxes them out, gives his new Ferrari to “a friend in need,” burns down his own house, and then complains that things are not going well.

Financial analysts, and even Governor Jerry Brown, agree that the real debt of the California government is…$400 billion. That’s right. This includes bond issues, retirement and pension fund obligations, and health care for retirees.

My, my. And the state has no way to pay for this staggering debt as it mounts in the future.

“Well, we were just trying to help everybody and give them money and benefits.” Yes, I’m sure you were. Here’s a lollipop and a free ticket to Disneyland for your efforts. Now, are there any adults left in California who can try to salvage the ruins?

But wait, there’s more. The new Trump administration is threatening to cut federal funds to California, unless its sanctuary cities agree to cooperate in handing over illegal immigrants for deportation. So California officials, intent on protecting those immigrants, are pondering ways to replace that lost federal funding. At the top of their to-do list? Withholding state-taxes they’re required to send to Washington every year, and using the money to make up for the new impending shortfall.

This isn’t your great-great grandfather’s tax rebellion. This is a massive debtor-state government bloviating about helping immigrants in need while they, themselves, are drowning in a sea of red ink without a life preserver.

“We don’t care how much money we owe. It doesn’t matter. We’re virtuous. That’s all that counts.”

This is a young junkie knocking on his rich father’s door, yelling, “Dad, I just need to tell you I won’t take your money ever again to buy heroin! I’m independent!”

This is, “Give us your huddled un-screened illegal masses coming through the southern border yearning to obtain free healthcare and driver’s licenses and welfare benefits. And even give us those who are here to commit crimes and terrorist acts and take back California for Mexico. All that matters is that we appear to be virtuous.”

It’s far too late to tell the government of California to get its act together. The number-one act in the state is Hollywood. That should tell you something. Celebs, as they build deeper bunkers armed with mortars and missile launchers, are desperately sending out share-and-care messages for the greater good of humanity.

Here’s the kicker. A significant portion of California’s debt is underwritten by big banks: Goldman Sachs; Citigroup, Bank of America; Morgan. Do the California officials who are talking about withholding state taxes from the federal government really think those banks are going to stand on the sidelines while this gimmick-laden plan moves forward? Not a chance. The banks are aligned with the feds. The banks own the government of California.

A few phone calls and the plan will collapse like a snowball in a heat wave.

Who’ll be your sugar-daddy then, California?

One final note—California Governor Jerry Brown, who seems to be a staunch defender of open borders, the immigrant flood, and sanctuary cities (at least he’s not publicly opposing them), sang a quite different tune in 1975.

Clifford Cunningham writes at infowars: “While citizens of South Vietnam sought refuge in the United States following their country’s defeat by communist forces from North Vietnam, many liberal Democrats opposed efforts by Republican President Gerald Ford to admit them.”

“The group of Democrats included then-Governor of California Jerry Brown (now governor for the second time)…’As a rookie governor when Saigon fell in 1975 and the U.S. was flying Vietnamese refugees to America, Brown was outspokenly opposed,’ reported the Los Angeles Times in 2015.”

“In particular, Brown said in 1975: ‘There is something a little strange about saying, Let’s bring in 500,000 more people when we can’t take care of the 1 million [Californians] out of work’.”

“Julia Taft, who directed Ford’s Task Force on Indochinese refugee resettlement, told author Larry Engelmann in his book, Tears Before the Rain: An Oral History of the Fall of South Vietnam, ‘The new governor of California, Jerry Brown, was very concerned about refugees settling in his state’.”
“’Our biggest problem came from California’,” Taft said during an interview with NPR in 2007. ‘They didn’t want any of these refugees, because they had also unemployment. They had already a large number of foreign-born people there’.”

“’They had – they said they had too many Hispanics, too many people on welfare, they didn’t want these people’.”

But not now. It’s not politically correct to make such statements or hold such views in public. Now you have to go the

opposite way, regardless of what you actually believe. Even if it drops the state into a deeper hole.

“Hello, world. Send us EVERYBODY. No limits. We’re virtuous. I swear it. I really mean it. Now excuse me, I have to go see a man about fortifying my bunker with autonomous drones and robot security guards. Remember, I care. Deeply.”