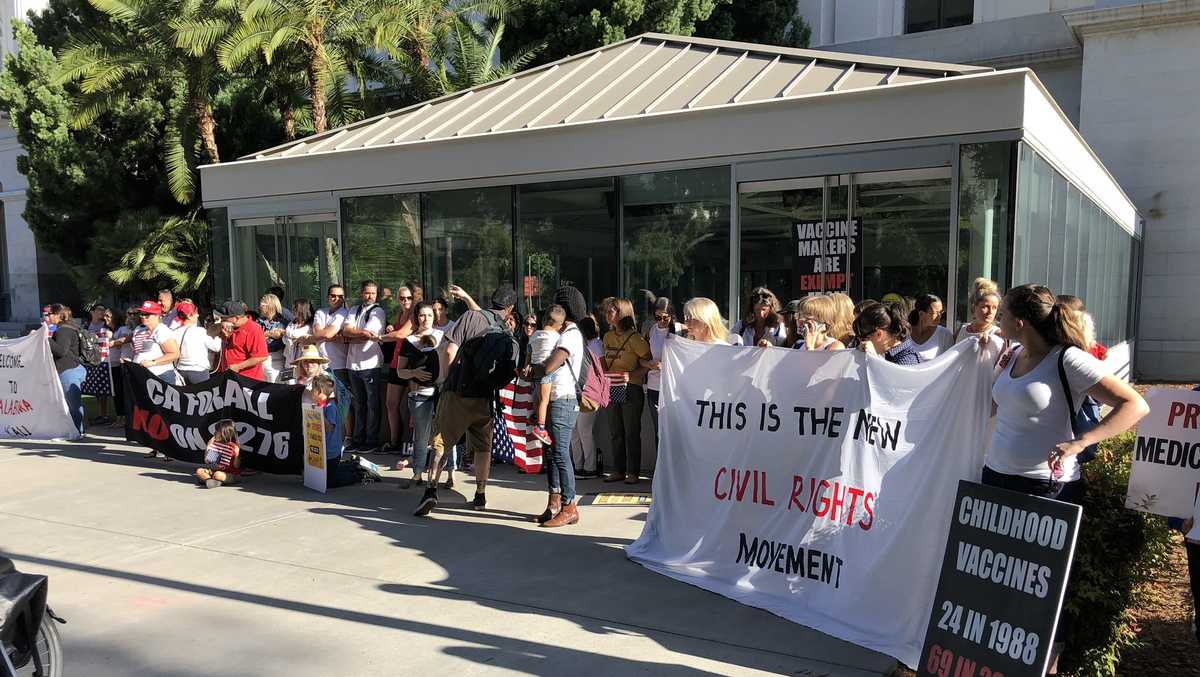 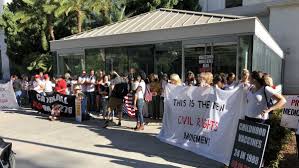 Protesters block entrances to Capitol over vaccine exemption legislation Entrances to the state Capitol were blocked Monday morning as people protested legislation that would limit medical exemptions for vaccines. Dozens of demonstrators, many of whom were holding signs, blocked access to the building, including the driveway used by lawmakers. The protesters are opposed to Senate Bill 276. They argue the legislation limits their right to get vaccine exemptions. Later in the morning, people were seen accessing the Capitol via the north side entrance. 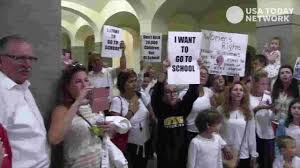 Will New York parents opposed to vaccinations send kids to school? They rallied in Albany amid uncertainty Giovanni Mazzarelli made it clear Monday: His kids will no longer go to a private school in Dutchess County. They will be home schooled. The reason: a new law in New York that bans religious exemptions from vaccinations for students who want to attend public or private schools. “There is no way, no how they are getting vaccinated. So we’re forced to home school,” he said during a protest outside the state Education Department building, where the state Board of Regents was meeting. “My kids are basically evicted from school because of this New York law.” Several hundred parents and their children rallied Monday in protest of the new law and discussed how they will proceed if the new law isn’t eased or if their court challenges aren’t successful, which they have not been so far. Some will quit their jobs and home school their children. Others will send their kids to school regardless of the law, forcing the hand of administrators to make the students leave.