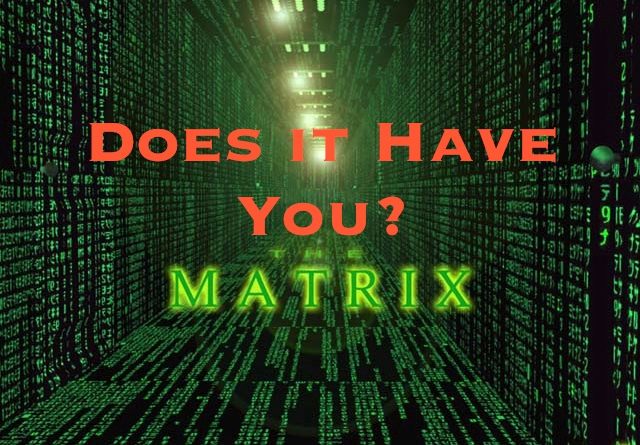 There is an obsession to say that everything is made out of something.

Who knows where it started? With the Egyptian pyramid builders? The Sumerians?

In the modern era, the fervor has reached a high point.

Physicists, biologists, and chemists are relentless in their pursuit of consciousness as a function of the brain. It has to be the brain. All those synapses and neurons and chemicals…and underneath them, the atoms and the sub-atomic particles…somehow these tiny particles conspire to produce consciousness and awareness.

Yet these same scientists deny that a sub-atomic particle carries any trace of awareness. The particles flow. They obey laws. That’s all.

So the experts are painted into a corner. They then speculate: “Well, you see, the increased ability to process information, the complexity of structure—naturally, this implies consciousness.”

A Ferrari is complex. So is the Empire State Building. So is the IBM’s best computer. And? Where is the consciousness?

You, sitting there right now, reading these words—you understand the words; you KNOW you’re reading them; you’re not just processing information. YOU ARE CONSCIOUS.

If a physicist wants to say that you, knowing you’re reading, are just a phenomenon of atoms in motion, let him try, let him explain. Let him do more than bloviate.

Imagine you were the chief of a CIA section called Consciousness Covert Ops. What would you try to do, given that your motive, as always, is control?

What better way than to focus on the brain as the seat of all awareness?

“The brain functions according to laws. We’re discovering more and more about those laws. We can determine when the brain is malfunctioning. We’re learning how to correct those malfunctions.”

You’re spinning narrative about the brain as if it were a car that has to visit the shop. That’s what you want. You want to make people believe their brains need fixes, because, after all, you come out of the long tradition of CIA MKULTRA mind control.

When the brain comes into the shop, you can try to reprogram it. You can experiment. You can apply the latest technology. You can attempt to insert controls. You can place monitors in the brain, in order to observe it in real time.

At a more basic, yes, philosophic level, you want to eliminate any sort of movement claiming that consciousness is separate from the brain. You want to snuff that idea out. It’s counter-productive, to say the least. It could give rise to a renaissance of an old outmoded notion called: freedom.

What could be more free, more independent, more unique, more creative than individual consciousness that has a non-material basis?

You want to do everything you can to equate consciousness with the brain and, thus, the modern idea of the computer. Yes, the computer. Perfect.

“Consciousness is a computer operating at a very high level.”

“All computers can be improved.”

“All computers can malfunction. They can be repaired.”

And then, the ultimate coup:

“Consciousness? A very old idea that, in light of the progress of technology, has no merit. It’s really information processing. The brain handles that. The brain is a computer. We’re learning how to build a better brain…”

You’re shifting the focus of the old 1950s MKULTRA program, which mainly involved drugs and hypnosis, to a new arena. You’re coming at the territory inside the skull from a number of angles. You’re the next generation of Brave New World.

And right across town, the Pentagon and its research branch, DARPA, is deeply involved in a number of allied research projects. For example, the cortical modem, a little piece of equipment that costs about $10.

The gist? Insert proteins into neurons, and then beam photons into those proteins, thus creating image displays that bypass the normal channels of perception.

Virtual reality with no headset. The project is still in its early stages, but the direction is clear: give the “user” an image display beyond his ability to choose.

It’s touted as an overlay. The person, walking down the street, can still see the street, but he can also see what you give him, what you insert into his visual cortex. Of course, as the technology advances, you could take things further: block out physical reality and immerse the person in the virtual.

DARPA’s enthusiasm about this project, as usual, exceeds its current grasp, but its determination to succeed is quite genuine. And the money is there.

Think about this. Which way is a bright college student going to go? He can study ancient philosophy, in the least popular department on campus. He can read the Vedanta, and plow through its explications of consciousness. Or he can study biology and physics, and then try to land an entry job with the Pentagon, where he can fiddle with the human brain for fun and profit. This student has been thoroughly immersed in computers since he could crawl. He understands what they do and how they work. He’s been taught, over and over, that the human brain (consciousness) is a computer. So what path will he take?

Over and above everything I’m pointing out in this article, there is a human capacity called imagination. It’s the wild card in the deck. It’s the greatest wild card ever known. It is, in fact, the cutting edge of consciousness. It invents new realities. It releases gigantic amounts of buried energy. And it’s entirely an individual proposition.

I built my second collection, Exit From The Matrix, on that basis: the liberation and expansion of imagination. Not just in theory, but in practice. There are dozens of imagination techniques to work with.

Brain=computer=consciousness is the greatest covert op on the planet. It’s supported with major money and labs and journals and armies of psychiatrists and neurological professionals and physicists and the military.

And the op is completely false, because, again, the very scientists who push it are saying the brain is composed of sub-atomic particles THAT CONTAIN ZERO CONSCIOUSNESS.