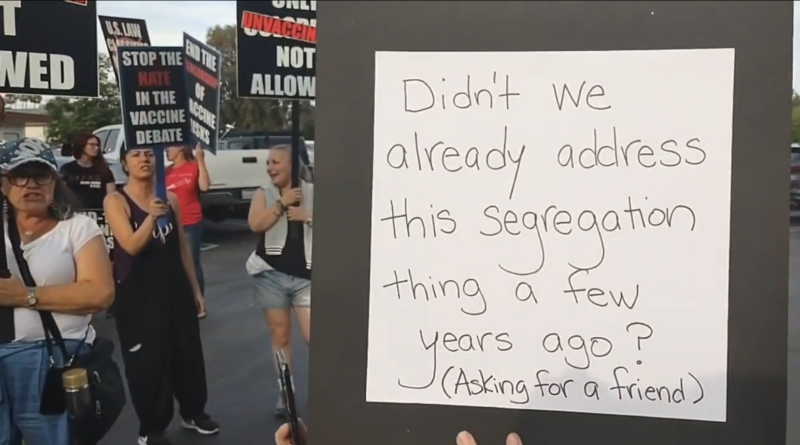 BREAKING: Fox 26 Reporter Releases tape of ‘Corruption,’ ‘Censorship.’ Fox Corp Boss told Hecker “cease & desist” posting on Hydroxychloroquine & ‘Poor African-Americans’ don’t care about Bitcoin. “Viewers being Deceived” Project Veritas released a new video today featuring a sit-down interview with recently-suspended Fox 26 reporter, Ivory Hecker, who blew the whistle on her own network for what she says are acts of deception. She claims the station’s editorial decisions are an affront to honest journalism. Hecker, who serves as a dayside reporter primarily for the five and six o’clock news, came forward to Project Veritas with recordings of her colleagues and superiors showing a pattern of “censorship” on COVID-19 and Bitcoin-related stories. She also highlighted a pattern of submission among the local affiliate’s leadership to Fox’s corporate interests, rather than acting in the interest of transparency with its viewers. “Viewers are being deceived about some of the things that are going on,” Hecker told Veritas. One major issue Hecker addressed was Fox 26’s pressure on her to minimize stories presenting Hydroxychloroquine as an acceptable treatment for COVID-19. Hecker cited a seemingly tangled web of ad dollars, network corporate executives, government health departments and money-making motivations as the main reasons behind such censorship. “Fox came at my throat for standing up against censorship,” Hecker added. She secretly recorded phone calls with two of her supervisors, Vice President and News Director, Susan Schiller, and Assistant News Director, Lee Meier. 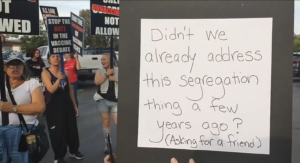 Anti-Vaccine Protesters Picket Outside Foo Fighters’ First Full Capacity Show Since Pandemic Anti-vaccine protesters congregated outside of Foo Fighters’ show at the Canyon Club in Agoura Hills, Calif. on Tuesday night (June 15). What looked like several dozen protesters carried signs reading “Foo Fighters fight to bring segregation back” and “event for vaccinated only, unvaccinated not allowed,” according to several Twitter posts. One Instagram post appeared to picture former child actor and known anti-vaxxer Ricky Schroder at the event. Representatives for Schroder did not immediately respond to Variety‘s request for comment. The Foo Fighters’ show — the band’s first full capacity concert since the start of the pandemic — required proof of COVID-19 vaccination to purchase tickets. Schroder posted about the concert’s vaccine requirement on Facebook on June 13, writing: “Dave Grohl is an ignorant punk who needs slapped for supporting Discrimination. Ignorance comes in all shapes & sizes. Kurt Cobain is laughing at you Dave along with Millions of Patriots….Fool.” Attendees of the concert posted about the protesters on social media. One user wrote, “some real low-quality humans at the @foofighters show in agoura hills CA tonight,” while another said, “This is what happens when you just want to attend a @foofighters concert at a small local concert hall and the next thing out know you’re a ‘Vaccine Segregationist.’” 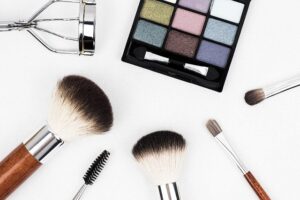 Study: Half of US cosmetics contain toxic chemicals More than half the cosmetics sold in the United States and Canada likely contain high levels of a toxic industrial compound linked to serious health conditions, including cancer and reduced birth weight, according to a new study. Researchers at the University of Notre Dame tested more than 230 commonly used cosmetics and found that 56% of foundations and eye products, 48% of lip products and 47% of mascaras contained high levels of fluorine — an indicator of PFAS, so-called “forever chemicals” that are used in nonstick frying pans, rugs and countless other consumer products. Some of the highest PFAS levels were found in waterproof mascara (82%) and long-lasting lipstick (62%), according to the study published Tuesday in the journal Environmental Science & Technology Letters. Twenty-nine products with high fluorine concentrations were tested further and found to contain between four and 13 specific PFAS chemicals, the study found. Only one item listed PFAS as an ingredient on the label. The study results were announced as a bipartisan group of senators introduced a bill to ban the use of PFAS, or perfluoroalkyl and polyfluoroalkyl substances, in cosmetics and other beauty products. The move to ban PFAS comes as Congress considers wide-ranging legislation to set a national drinking water standard for certain PFAS chemicals and clean up contaminated sites across the country, including military bases where high rates of PFAS have been discovered. 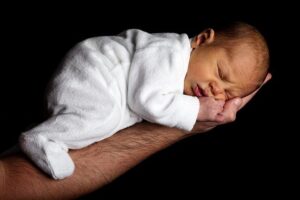 Several persistent chemicals found in fetal organs Researchers at Karolinska Institutet found industrial chemicals in the organs of fetuses conceived decades after many countries had banned the substances. In a study published in the journal Chemosphere, the researchers urge decision makers to consider the combined impact of the mix of chemicals that accumulate in people and nature. “These are important findings that call for regulators to consider the collective impact of exposure to multiple chemicals rather than evaluating just one chemical at a time,” says first author Richelle Duque Björvang, Ph.D. student at the Department of Clinical Science, Intervention and Technology at Karolinska Institutet. The researchers studied concentrations of 22 persistent organic pollutants (POPs). These are toxic chemicals that remain in the environment for long periods of time and accumulate in humans through food, drinking water and air particles. EU’s members and many other countries have signed a treaty that prohibits or restricts manufacturing and use of these chemicals. In the study, the researchers examined samples of fetal fat tissue, liver, heart, lung and brain from 20 pregnancies that for various reasons had ended in stillbirth in the third trimester in 2015-2016. The researchers identified at least 15 of the 22 POPs in every organ. Four chemicals were found in all tissues in all fetuses.

My great granddaughter has cerebral palsy, a rare genetic disorder and autism. She is 5 1/2 and has a problem with drooling. Are there any homeopathic remedies to address this issue?
Kay 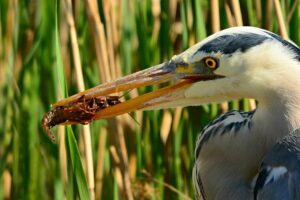 Antidepressants leaking into the environment are driving crayfish crazy Antidepressants and other medications may help patients overcome various conditions, but what happens when it’s time to dispose of our old pills? Often, these drugs find their way into the environment and waterways through improper dumping. Now, a new study finds antidepressants are having a serious impact on at least one species in nature — the crayfish. Researchers at the University of Florida say medications meant to calm humans down are leaking into rivers and driving crayfish crazy. When these crustaceans come into contact with low levels of antidepressant medication, study authors find they behave in ways that make them more vulnerable to predators. For humans, these drugs lift the symptoms of depression and other mental health conditions. In crayfish, they actually make them more outgoing, but that’s not exactly a positive trait for them. “Low levels of antidepressants are found in many water bodies,” says lead author Dr. Alexander Reisinger, an assistant professor of soil and water sciences, in a university release. “Because they live in the water, animals like crayfish are regularly exposed to trace amounts of these drugs. We wanted to know how that might be affecting them.” 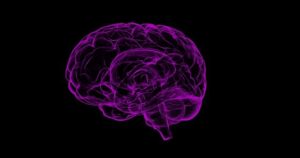 Unusual copper and iron found forming in brains of Alzheimer’s patients A team of researchers associated with several institutions in the U.K., Germany and the U.S. has found evidence of an unusual kind of copper and iron in the brains of Alzheimer’s patients. In their paper published in the journal Science Advances, the group describes their discovery of the metals in two Alzheimer’s patients and what it could mean for the study and treatment of the disease. Alzheimer’s is a progressive brain disorder. Brain cells waste away, leaving those afflicted to lose brain function until they eventually die; there is no cure. In this new effort, the researchers have made what they describe as a surprising discovery—small amounts of a certain kind of copper and iron inside of amyloid plaque samples taken from two Alzheimer’s patients. Copper and iron are found throughout the bodies of healthy people, including the brain. The body uses them for a variety of purposes. Also, they can both exist in the body in different oxidation states depending on the compound where they reside. The body also regulates such metals because they can take on harmful forms; harmful types are expelled. In this new effort, the researchers found some of those harmful elemental forms in the amyloid plaque, one of the hallmarks of Alzheimer’s. 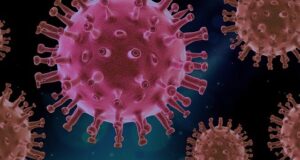 Junk food diet may boost risk of dangerous driving among truck/lorry drivers A junk food diet may increase the risk of dangerous driving among truck/lorry drivers by boosting fatigue, which is often a key factor in vehicle collisions, suggests research published online in the journal Occupational & Environmental Medicine. Some 1.35 million people die in road traffic collisions every year, with professional drivers at greater risk because of the time they spend behind the wheel. There are several known contributory factors, among which gender, age, experience, driving skills and attitudes seem to be important, note the researchers. But lifestyle may also be a factor, particularly as long distance driving often involves sleep deprivation, unhealthy dietary habits, and limited physical activity, they add. Few studies have looked at the potential impact of dietary patterns on driving behaviors among professional truck/lorry drivers. To try and plug this knowledge gap, the researchers assessed whether dietary patterns, fatigue, and driving behavior might be linked in a sample of 389 male truck drivers from one transport company in Suzhou, China. Most of the drivers were aged between 31 and 60, with 6 to 10 years of experience under their belts, and an annual tally of between 50,000 and 100,000 km on the road.