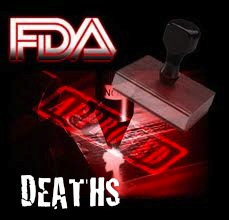 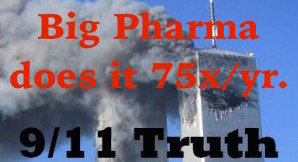 The excellent medical reporter, Martha Rosenberg, has written a piece at Salon: “The FDA Now Officially Belongs to Big Pharma.” Here are a few highlights:

It is hard to believe only four senators opposed the confirmation of [the new FDA Commissioner]…[he] received money from 23 drug companies including the giants like Johnson & Johnson, Lilly, Merck, Schering Plough and GSK…”

“[He] also lists financial links to Gambro, Regeneron, Gilead, AstraZeneca, Roche and other companies and equity positions in four medical companies. Gilead is the maker of the $1000-a-pill hepatitis C drug AlterNet recently wrote about. This is FDA commissioner material?”

Gee whiz. How could I have made that mistake?

I must have been asleep. Wow. I apologize. Martha Rosenberg published that Salon article in February of 2016, and she was talking about Robert Califf, who had just been confirmed as the new FDA Commissioner.

Califf was nominated by Obama, not Trump. Oops.

Trump’s current nominee is Scott Gottlieb, who is apparently tasked with speeding up the FDA’s drug-approval process—a disaster in the making, given the fact that FDA-approved medical drugs already kill 106,000 Americans a year (a conservative estimate). Source: see Journal of the American Medical Association, July 26, 2000, Dr. Barbara Starfield, “Is US Health Really the Best in the World?”

Here are a few quotes about Trump FDA-nominee Gottlieb from The Hill:

“But Gottlieb also faced criticism from groups that are concerned his ties to the drug industry could hurt the agency’s commitment to safety and efficacy.”

“He has longtime ties to the drug and medical industry after leaving the FDA in 2007.”

“He is currently a member of the product investment board for drug giant GlaxoSmithKline, and a member of the board of directors for MedAvante, Gradalis, and Glytec, which does work in medical technology.”

“Public Citizen blasted Gottlieb for taking what they said was hundreds of thousands of dollars from multiple drug and device companies between 2013 and 2015, mostly for consulting and speaking fees.”

Gee, he sounds a lot like Obama’s FDA Commissioner, Califf.

The beat goes on.

You would think these FDA Commissioners are hand-picked by pharmaceutical companies. But that’s impossible. That would never happen.

If it did, we would be living in a parallel universe where corporations and government are colluding and partnering and decimating people with their medicines…

Instead of living in this universe, where the State and business are entirely separated.

Where all is well.