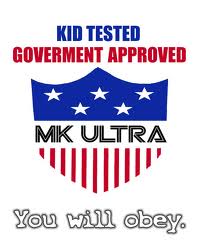 There is evidence for each of these possibilities.  That’s why each one has to be followed down.  People have their intuitive preferences, but that doesn’t make them automatically right.

The evidence for a staged event in Aurora at the theater is significant.  Holmes’ particular role in that scenario is still an open question.

Whether he was programmed to kill; or didn’t kill and was just left holding the bag at the end of the horrific night; or was set off to commit murder by the action of a prescribed psychiatric drug that induces violence…all of these need to be explored.  This is exactly what I’ve been doing in a number of articles.

There is a video of Holmes’ early “mentor,” John Jacobson, asserting that a psycho-physicist can alter and reverse a person’s perception of time sequence.  This statement matches Holmes’ claim, made when he was 18 years old, that he was studying temporal illusion, the idea that one can change the past.  Does this mean that Holmes, at some point, was subjected to a form of mind-and-time-scrambling control?  It certainly doesn’t nail it down.  It’s perhaps a clue.

The fact that Holmes’ father, Robert, who comes out of a military family, works for a company that was partnering with DARPA, the house of illusion for the Pentagon, makes one wonder how Robert fits into the total story.

There is a claim that Robert is due to testify in front of a senate panel on the Libor banking scandal, and the massacre in Aurora might convince him to go into seclusion and forget about blowing the lid off Libor and implicating all sorts of power players.

I have been following down that claim, and so far I see no credible citation confirming that Robert is, in fact, on the senate panel’s list of witnesses.  I would very much like to see such a citation, if it exists.  The fact that this claim has been picked up and repeated by a few hundred thousand sites and blogs doesn’t make it true.

I don’t know where this story started.  I traced it, as far as I could, to Christopher King, who has several blogs. I sent him an email.  It was kicked back to me as undeliverable.  I tried to call his office number.  The number was disconnected.  I am not criticizing Mr. King.  He may hold the key to this part of the story.  He may have the goods.  I can’t find him so far.

During the past 20 years or so, I’ve done a large amount of research into the CIA’s MKULTRA mind-control program.  When I interviewed John Marks, author of Search for the Manchurian Candidate, he told me he obtained his initial information, from the CIA, in 10 boxes of material released on a FOIA request.

Thee boxes were records of accounting and funding for various CIA subprojects.  They were offered to Marks as a coal in his Christmas sock, of no importance or interest to anyone.  But Marks triumphed.  He was able to use the files and piece together a skeleton of MKULTRA subprojects and expand his knowledge base from there.

Marks also told me those 10 boxes formed the foundation for three classic books on MKULTRA: his own, Walter Bowart’s Operation Mind Control, and Alan Scheflin’s The Mind Manipulators.  I recommend all three books.

Marks told me that the official CIA MKULTRA program ended in 1962.  From that point on, the work was quietly shifted to another CIA department, its Office of Research and Development.  In trying to obtain some of those files, Marks was told by a CIA employee that there were a hundred more boxes of material and he would never, ever get his hands on those.

The original MKULTRA program (1952-62) was crude.  It employed drugs, hypnosis, duress, torture, and disorientation to program its human subjects.  All in all, from what I can glean, it was a failure in its efforts to reliably erase memory or program assassins.  It’s my opinion that the operation since 1962 has mounted far more sophisticated methods.

In this regard, one can find patents filed on mind-control methods.  For example, the use of electromagnetic transmissions to record brain activity and impose brain activity.  Keep in mind, however, that the mere filing and granting of a patent doesn’t mean the ensuing experiments on humans were successful.

Nevertheless, it’s my conclusion that, with absolutely criminal and callous disregard for human life, as with the Auschwitz medical experiments, the mind manipulators have achieved successes.  Not one for one.  But successes among the failures.

In 1995, the White House decided to hold Congressional hearings to expose, and apologize for, past government radiation experiments on unwitting volunteers.  These experiments, many of them carried out on cancer patients, were designed to gauge (or lie about) harmful versus non-harmful radiation levels.  The whole point was to “prove” that atomic-bomb testing didn’t pose a health risk.

Somehow, through gross oversight on the 1995 committee’s part, a New Orleans therapist, Valerie Wolf, and two of her patients, Claudia Mullin and Chris De Nicola, were permitted to testify.

Claudia and Chris acknowledged that, indeed, they had received radiation…but this, they said, was part of a CIA/military torture program that was actually all about mind control.

Additionally, Valerie filed about 80 pages of material with the committee, which pages were accepted and placed into the official record. They were statements from therapy patients and therapists—some made anonymously—explaining first-hand MKULTRA experiences, or experiences in treating patients who had MKULTRA histories.

Then later, more refined methods were employed “on the best and brightest” American children, who were not considered expendable.

I speculated that these latter children were used to program future leaders in American society.

You can read the transcript of a talk I gave on aspects of MKULTRA in the mid-1990s, in Santa Monica, at the Deep River bookstore.

And here is an article I wrote on the subject in 1995, for Perceptions Magazine.

Was James Holmes a bona fide mind-control pawn?  There is more to learn.

Speaking of altering time and the past, as Holmes once did, here is an excerpt from Glenn Krawczyk’s article, Mind Control and New World Order, published in March, 1993, in Nexus.  The excerpt cites the work of Santa Clara University Law Professor Alan Scheflin, whom I’ve found to be exceptionally reliable in his painstaking research.  The article also refers to researcher Harlan Girard.  Some of Girard’s statements seem to cast doubt on his objectivity, but I interviewed him twice in the 1990s and found his document-based findings extremely precise.

You can read the whole article at:

“One series of CIA experiments searching for a method to induce amnesia found that pulsed microwaves could be used to over stimulate the production of acetycoline in the brain, a neurotransmitter associated with the storage of memory. This process is known as EDOM or Electronic Dissolution of Memory. Whilst a person is subjected to the signal they literally cannot store any memories, and are left instead with a period of amnesia or ‘missing time.’ They can even be influenced to have amnesia about their amnesia. According to the book, The Mind Manipulators, by Alan W. Scheflin and Edward M. Opton Jr, published in 1978, ‘The E.D.O.M. alters time senses by emitting radiowaves and ultra-sonic signal tones, which in turn act upon memory storage chemicals in the brain.’ It has been claimed that this process is used to ‘wipe’ specific memories from the minds of individuals who have been exposed to highly classified information and are leaving the employ of government agencies who deal with sensitive information.”

Here is an excerpt from a talk by Alan Scheflin, in which he links MKULTRA experiments to “temporal illusion and changing the past,” through actually regressing people into the past, into an infantile state:

A frank word of advice: in those years when I pursued MK research much more intensely, I ran across many people who, basically, USED the whole subject to explain their “lot in life.”  In other words, they denied the possibility that their own freedom, their own vision, their own imagination, energy, and commitment could carry them, with work, to a future they wanted.  They were, in effect, mind-control victims by proxy.  They had never been experimented on, but they behaved as if they had been made destitute and disabled by “the power of the mind controllers.”

I reject this formulation completely.

Granting it any assistance is antithetical to the core of my work, which is about the free individual and his power.