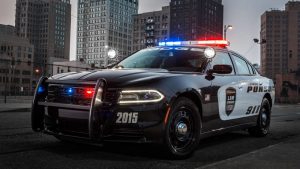 November 6, 2016 (To read about Jon’s mega-collection, Power Outside The Matrix, click here.)

In recent years, the police have been blamed for a variety of very serious problems in American inner cities.

This is an intentional campaign, designed to distract the public from the chronic conditions that have actually been dooming residents of inner cities for decades:

Crime rate. Gangs. Drugs. The export of jobs overseas, exacerbating poverty. A hostile refusal, from many quarters, to support local leaders who exemplify self-sufficiency of the individual and the community.

No one at the federal level actually aims to eradicate life-sapping chronic conditions in inner cities. Rather, the plan is to expand the number of people who are dependent on government for the length of their lives.

The cover story and the massive distraction? Blame the police for everything.

Here are bare-bones statistics from New York City, perhaps the only big city in America that issues a detailed annual report of police “firearms discharges.” You may be shocked.

2013 incidents of “intentional [police weapon] discharges during an adversarial conflict”: 40.

In those discharges, number of people injured: 17.

In that same year, according to the New York State Division of Criminal Justice Services, there were 7,462 “violent crimes by firearm” in New York City.

Who was the busier class of people in 2013? Cops or criminals? Which group caused, by far, the greater amount of human destruction?

Philly.com has reported on several other American cities.

“Philadelphia’s rate of police shootings [2012], when compared against the number of violent crimes, was 2.90 per 1,000 incidents.”

Again, I ask: in those cities, who was the busier class of people? The cops or the criminals?

Media outlets don’t ask and answer this simple question. They parse and evade and blow smoke. They trumpet small increases in the rate of police shootings and, therefore, obscure the chronic inner-city conditions I listed above.

And as long as they keeping doing that, the public will continue to be distracted, and nothing will change.

Police brutality? The increasing militarization of police forces? The program to federalize all local police forces? These are clear and present dangers. But they don’t explain the decades-long plummet of quality of life in inner cities. Once again, these conditions explain it:

Crime rate. Vicious gangs. Drugs. The export of jobs overseas, exacerbating grinding poverty. The hostile indifference to local leaders who exemplify the self-sufficiency of the individual and the community.

Look over the vacuous promises of Presidents, who have launched “programs” to turn around inner cities. The results have been nil. The intention was never real. From Lyndon Johnson to Barack Obama, deception has been the only success.

Let me now make a sharp turn and move away from problems to solutions. Rearrange your head for a moment.

Here is an illustration of what I mean by “self-sufficiency” in inner cities—surely a worthwhile goal. In Chicago, and this is a very partial list, we have the Chicago Lights Urban Farm, the 62nd and Dorchester Community Garden, the Chicago Patchwork Farms, the City Farms, the Growing Power Chicago Farms. These projects involve local citizens growing and eating their own fresh and nutritious food.

This is a real and profound revolution, make no mistake about it.

Instead of the estimated $2 trillion that has been spent by government in the failed War on Poverty since 1966, for 20 or 30 million dollars there could be 5000 urban farms in inner cities across America. And those farms would, in turn, give birth to more such food-growing operations. And local life would radically change.

Any American President with a few working brain cells could understand that. And could launch such a plan.

If he wanted to.

If he really wanted to begin to solve the chronic conditions in inner cities.

There is no evidence that, since 1966, the “if” has materialized.

It’s much easier (and more deceptive) to blame everything on police shootings. People can read about them and hear about them and nod and say, “Yes, this is why inner cities are destitute. This is THE core reason.”

Some people are happier in their delusions.