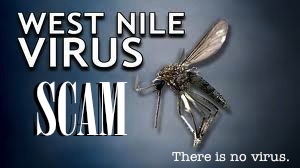 So I thought I’d lay out the pattern the media use time after time, with these “epidemics.”

One: An outbreak is announced.

Two: Early on, a virus is named as the cause. H1N1. The coronavirus. Zika.

Three: The press uses statements like these: “The (virus) infection is spreading.” “New cases have been found.” “Transmission by sex is confirmed.” “Highly contagious.” “The World Health Organization has declared a state of emergency.” “A traveler from X, arriving at Y, was found to be infected.” “Carriers of the virus.”

These statements are meant to induce fear. They present a picture of motion and invasion. The virus goes from country A to country B. It’s on the march.

Five: Over time, the press announces that the number of cases of the disease-condition and the virus is increasing. 500 cases. A thousand cases. Twenty thousand cases. “It’s a race against time to stop the spread.”

Six: “Companies are rushing to develop a vaccine.”

Eight: “Researchers warn this could be the big one.” “We could see five million cases by the end of the year.”

Nine: “The virus is causing other conditions as well.”

Ten: “Modern travel and climate change are bringing viruses to places that have never had to deal with them before.”

One: Is there really an outbreak? How many confirmed cases are there, vs. suspected cases? Is the outbreak more than just a clustering of people who have similar general symptoms that can result from a number of different causes?

Two: Is the announced virus actually causing anything serious? What tests have been done to confirm that? Are the tests useful or useless?

Three: Is the virus actually spreading, or has it been present in countries for decades, centuries, millennia?

Four: Actually, has the virus ever been isolated from a human and identified? Or have tests always been indirect and misleading and insufficient?

Six: Would the virus cause anything at all in the body of a person whose immune system is strong; or does it only run roughshod over people whose immune systems are severely compromised, owing to the causes listed in the previous paragraph?

I’ll now take up these last six questions as they apply to Zika, to give you an illustration of the hoax.

One: In Brazil, touted as the center of the outbreak, the original number of microcephaly cases (“the condition”) was 4180. Within a month, Brazilian researchers had reduced this number to 404 confirmed cases (so far). In other words, they had originally jumped the gun, by a few miles. There was no reason, in the first place, to declare a huge outbreak of microcephaly. But the press wasn’t deterred.

Two: As for the cause of microcephaly, Brazilian researchers admitted they had only been able to find “a relationship to the Zika virus” in 17 of the 404 cases. This is actually proof that Zika isn’t the cause. Why? Because in order to even begin saying Zika might be the cause, you must be able to find it in all, or almost all, cases of microcephaly. That’s what “finding a single cause” means. Even worse, the Brazilian Health Authority has recently stated they’re satisfied Zika is the cause—and they won’t be doing any more digging to look for Zika in cases of microcephaly. If that sounds astounding, ridiculous, and irrational, it is. It’s scientific fraud.

And I’m not even getting into the question of what tests the Brazilian researchers deployed to find Zika in the 17 cases. Elsewhere, I’ve covered the insufficiency and misleading nature of the two most frequently used tests: antibody and PCR. Neither test, at its best, reveals how much Zika is in the body of a person. And that answer is vital, because you need millions and millions of a particular virus to infer it might be causing harm—not a few stragglers.

Three: The Zika virus was discovered in 1947-8. Since then, it has never been known to cause serious illness. Who knows how long it has been on Earth? 100,000 years? 200,000? It has certainly had time to circulate the planet a few thousand times. You’re going to be able find it wherever you want to look. Therefore, all the alarms about “the spread” of Zika are an intentional fiction. It isn’t spreading. It’s there. It’s already here and there and anywhere and everywhere. “We’ve discovered grass growing in New Guinea. It may be spreading. In fact, researchers say it has just showed up in India and Michigan…”

Four: Undercutting everything we’ve looked at so far—has Zika actually ever been removed, isolated, and identified from a human being—in other words, does Zika exist…well, that’s a question you can pursue vis-à-vis any virus. It all depends on what tests have been done and how well they’ve been done. In the case of Zika, I don’t know the answer. However, I can tell you that, in the case of Ebola, I corresponded with PhD chemist David Rasnick, who spent 20 years working in the pharmaceutical industry, and was a senior scientist at Khepri Pharmaceuticals. Rasnick examined the published literature on the virus, and he found no convincing evidence that Ebola had ever been isolated from a human. Rasnick queried the CDC, and they got back to him with decidedly unsatisfactory answers.

Five: It’s clear that factors having nothing to with Zika can be causing microcephaly. The literature is clear: any insult to the developing fetal brain can cause microcephaly. A fall down stairs, a blow to the stomach, a toxic pesticide, a toxic medical or street drug, etc. Brazil is the number-one user of pesticides in the world. Some of these pesticides are banned in 22 other countries, because they’re so poisonous. The Tdap vaccine (tetanus, diphtheria, pertussis), which was recommended for all pregnant women in Brazil, in 2014, contains, among other toxic elements, aluminum, which crosses the blood-brain barrier and causes neurological destruction. Brazilian doctors recently discovered that a toxic larvicide had been added to some water supplies, in order to kill mosquitoes. Genetically engineered mosquitoes have been released in Brazil for the same purpose. As with GMO crops, no human or environmental health studies were done prior to approval. In the northeast of Brazil, where microcephaly has been reported, lack of basic sanitation is evident.

Six: Since Zika has never been known to cause serious illness, it’s quite obvious that a person whose immune system is strong and healthy would have no reason to believe Zika is a threat. The whole push ought to be in the direction of making people healthier. See the previous paragraph for obvious clues about how this should be done.

The press doesn’t care about any of this. The press is a machine, a PR agency representing fear-mongering and vaccine-promoting organizations like the World Health Organization and the CDC. Logic and rationality aren’t requirements for gainful employment as a reporter or editor.