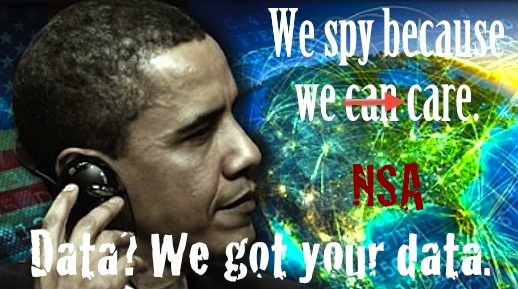 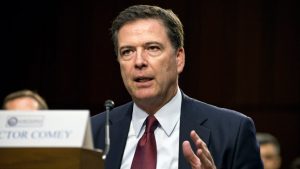 Where was the devastating revelation about Trump’s crimes during James Comey’s Congressional testimony yesterday?

“Who produced this stinker? Find out and fire him. I thought I was the head of a movie studio. Apparently, I’m marketing sleeping pills. I conked out after watching five minutes of Comey…”

If James Comey’s testimony before Congress yesterday were a Hollywood movie, and if the press weren’t obliged to make a very big deal out of it, the studio that produced it would have shut it down and eaten the box office losses. The movie theaters would have been empty, except for a few stragglers getting out of the rain.

We did learn that Comey leaked his “memo” of a conversation with Trump (about the Michael Flynn investigation) to the press. So the FBI director is a leaker. And we only have Comey’s word that his “memo” notes were correct and accurate.

Comey asserted that Trump “pressured” him to cease investigating Michael Flynn. Trump didn’t order Comey to stop that probe. And Trump could have, because the president, in the chain of command, is over and above the Justice Department and the FBI. Oops. That’s right.

Attorney Alan Dershowitz : “Comey confirmed that under our Constitution, the president has the authority to direct the FBI to stop investigating any individual. I paraphrase, because the transcript is not yet available: the president can, in theory, decide who to investigate, who to stop investigating, who to prosecute and who not to prosecute. The president is the head of the unified executive branch of government, and the Justice Department and the FBI work under him and he may order them to do what he wishes.”

“As a matter of law, Comey is 100 percent correct. As I have long argued, and as Comey confirmed in his written statement, our history shows that many presidents—from Adams to Jefferson, to Lincoln, to Roosevelt, to Kennedy, to Bush 1, and to Obama—have directed the Justice Department with regard to ongoing investigations. The history is clear, the precedents are clear, the constitutional structure is clear, and common sense is clear.”

“Comey’s remarks, released Wednesday in advance of Thursday’s Senate hearing, confirmed previous statements by Trump that Comey had told him three times that he was not personally being investigated amid the FBI’s wide-ranging inquiry into Russian meddling in the election and the Trump campaign’s possible ties to Russia.”

So…where were Comey’s revelations yesterday? Nowhere. Where were his explosive charges about Trump’s crimes? Nowhere.

Comey should really take a long vacation. He should disappear from public life for quite some time. He’s embarrassing himself.

Recall the last bad movie Comey starred in. The Hillary email server scandal. The FBI probe was off, it was on, it was off. Early in this fiasco, Comey delivered a televised press conference. FBI directors don’t hold press conferences, but Comey did. He simultaneously played the role of FBI head, grand jury, Attorney General, and Constitutional jurist. He only held one of those jobs, but that didn’t stop him. He laid out, end to end, Hillary Clinton’s violations of federal law governing the handling of classified materials. He failed to note that “hostile intent” is no part of that law. He failed to note that negligence is the only standard for prosecution. He said that since Hillary (who was surely negligent) didn’t intend to cause harm to the nation, he wasn’t recommending prosecution. Now THAT should have been the subject of a Congressional hearing. But it wasn’t.

Before that, Comey starred in a little known movie called HSBC.

In 2013, before his appointment as FBI director, Comey was brought in by the scandal-ridden HSBC Bank, to oversee efforts to clean up its act—in particular, money laundering for drug cartels.

Comey was positioned as the face of honesty and competence for HSBC.

How well did he do, before he exited his position? How much crime and how many criminals did he leave behind?

I guess Comey didn’t clean up the HSBC mess. There were a few things he didn’t notice while he was there. A few thing he left behind. A few billion things.

I guess that uniquely qualified him for appointment as FBI director.

So here is my memo. It’s directed to Netflix, Amazon Prime, Hulu, and assorted Hollywood studios: “Before you sign Tom Hanks, Alec Baldwin, Stephen Colbert, Michael Moore, or Caitlyn Jenner to star as James Comey in a heroic biopic, ‘Don’t Cry for Me, America,’ check your brains. It’s a loser.