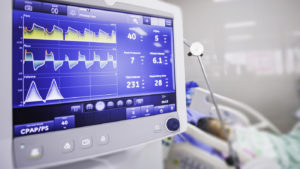 COVID: breathing ventilators, New York, death rate A recent study from the Journal of the American Medical Association Network delivers numbers that should make you stop and think—JAMA Network, April 22, 2020, “Presenting Characteristics, Comorbidities, and Outcomes Among 5700 Patients Hospitalized With COVID-19 in the New York City Area”:“Mortality rates for those who received mechanical ventilation in the 18-to-65 and older-than-65 age groups were 76.4% and 97.2%, respectively. Mortality rates for those in the 18-to-65 and older-than-65 age groups who did not receive mechanical ventilation were 19.8% and 26.6%, respectively.”Well, of course, the people who were put on ventilators were the most ill patients to begin with, right? Perhaps. We don’t know that.In any case, the numbers are shocking.How to explain them?I offer several clues.CLUE ONE: A close and trusted researcher has told me the following: many older people live with chronically low oxygen levels. This may not be ideal, but they survive. 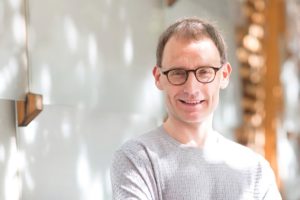 Professor Lockdown, Neil Ferguson, resigns over sex scandal Neil Ferguson, the historically failed computer modeler, who threw darts at a board, and launched a prediction of 500,000 COVID deaths in the UK and two million in the US, and thereby convinced both governments to opt for extreme lockdowns, has resigned his UK government post.No word yet whether his backer, Bill Gates, who pours tens of millions of dollars a year into Ferguson’s institute at Imperial College, has turned off the money spigot.Sex scandal: Ferguson admits he broke his own rules and the UK government’s.He saw his married girlfriend, Antonia Staats, during the lockdown; she traveled from her home to his, while he was still, technically, recovering after a diagnosis of COVID. Staats says she and her husband have an open marriage. She says she suspects her husband has COVID.Ferguson issued a statement of regret, a mea culpa, on his way out the door. 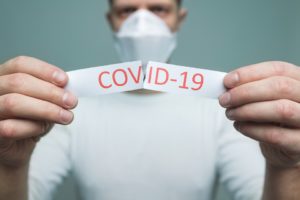 Lockdowns: looks like an op, smells like an op, walks six feet apart like an op We don’t need Rahm Emanuel to tell us a crisis shouldn’t go to waste. It’s a strategy that probably got off the ground a hundred thousand years ago. The other half of it is, create the crisis to begin with. Then don’t waste it.The Bill Gates plan involves a mother of all vaccines for COVID, mandated across the globe, before the lockdowns end. That’s his psychopathic wet dream. Then, coming in behind that, his lackey, the World Health Organization, along with the professional liars at the CDC, will add—“we must mandate EVERY vaccine…”To pull off a mandated global vaccine for eight billion people takes a manufactured crisis.Fake virus plus real lockdown is the crisis.You don’t think that one up overnight. You plan. You drill, and you organize. You put all your ducks in a row. You prepare, in order to become Stalin and Mao.Then somebody has to break the ice.In this case, it was the Chinese regime—locking down 50 million people overnight in three cities. Moving quickly to a hundred million. 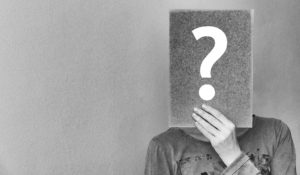 Do You Trust Snopes? You Won’t After Reading This.The big players in the GMO and agrochemical industry – Monsanto, Bayer, Dow, Syngenta, DuPont – are engaging in an extensive public relations, advertising, lobbying and political campaigning to make sure that genetically engineered crops (GMOs), and the chemical pesticides they require, continue to proliferate in the U.S.To improve their public image, they are attempting to manipulate everything we see and hear about GMO crops and pesticides in the media and on TV, the internet and print articles – using propaganda-laden commercials, “mommy-blogger” articles, farmer endorsements, hired operatives to change Wikipedia, and front group websites. The biotech industry is feeling threatened, and their profits hang in the balance. They are trying to silence the truth! We now have evidence that the website Snopes.com is being manipulated by the industry too. But first, let’s examine what Snopes really is…A lot of people trust the website Snopes.com and use it to fact-check things they hear on the internet. For no reason whatsoever, this mom-and-pop website has been put on a pedestal as if they are the be-all and end-all of truth on the internet. 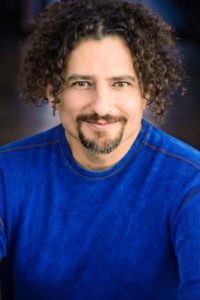 David ‘Avocado’ Wolfe is one of the top health and nutrition experts today. Mr. Wolfe has 25+ years of experience in the health and wellness arena and has hosted 3,000 live events.  He is the celebrity spokesperson for the NutriBullet.  Mr. Wolfe’s Facebook fanbase is close to 13 million strong, making his influence one of the most widely commented and shared in the world. Mr. Wolfe is also President of The Fruit Tree Planting Foundation, a nonprofit he founded in 2002, with a mission to plant 18 billion fruit, nut and medicinal trees around the world.  David specializes in superfoods, superherbs, health technologies, peak performance, chocolate, organic farming and gardening. 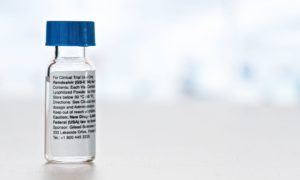 Government researchers changed metric to measure coronavirus drug remdesivir during clinical trial Instead of counting how many people taking the drug were kept alive on ventilators or died, among other measures, the National Institute of Allergy and Infectious Diseases said it would judge the drug primarily on a different outcome: how long it took surviving patients to recover.Death and other negative outcomes were moved to secondary measure status: They would still be tracked, but they would no longer be the key measure of remdesivir’s performance. The switch — which specialists said is unusual in major clinical trials but not unheard of — was publicly disclosed on the government’s clinicaltrials.gov website on April 16 but did not receive much attention at the time. 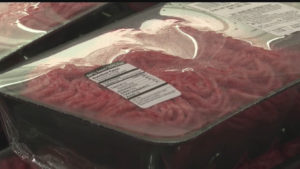 Limit on meat purchases in supermarkets causing consumers to head to farms, butchers Meat processing plants have been affected by COVID-19. Now, some major grocery store chains are limiting how much meat you can buy because they are receiving fewer meat products.So, when you head out to get your groceries this week, you might not be able to get everything you need.“Tons of customers, new customers coming through just because a lot of the grocery stores have got a pause in their chain because we don’t use the same suppliers as them,” said butcher Will Lightner.Giant Eagle is limiting ground beef products and on-scale meat items to two per customer, but those limits may not be necessary for local butchers and farmers.Lightner’s Fresh & Smoked Meats in Struthers said people have been coming in because they typically have what the big stores don’t.“Chicken breast and ground beef, like the 80/20 and all of that,” Lightner said.Most of Lightner’s’ orders have been filled and they think that having two different suppliers has helped.“In the past, when I call to order something, it’s there and ready to go the next day I need it. Now, we’ve kind of had to play the game of, is it going to be here tomorrow or later on in the week?” Lightner said.At one point, Lamppost Farm in Columbiana had to limit how much chicken customers could buy, but the biggest problem right now is getting their cattle processed.

David Wolfe Speaks about Viral Threat, Directs You to Telegram

Use promo code RSB2020 at shop.davidwolfe.com!