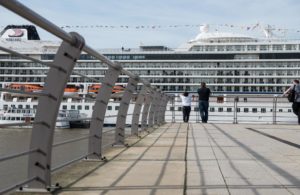 950AD: “Viking sailing ships return to port; violation of social distancing” Erik the Red issues apology: “Too many crew members, too little space. Also, we had no medical masks. I’m truly sorry. I grovel before the virus. What’s a virus?”Takeover of the culture by fake science and its wormy foul front men; fairy tales about togetherness; expansion of that oily fungus called democratic government; billions of amnesiacs thinking: IT’S NOT REALLY SO BAD, WE CAN LIVE WITH THIS.How do they like it now?Rockefeller-type Globalists want human and structural wreckage. They couldn’t care less about a virus. They’re using the IDEA of it to scare the population. They’ve found their magic key: medical dictatorship.The latest garbage pronouncement is, breathing can transmit the virus. Which means living can transmit death. Which means every human is the enemy and needs to be locked up. Nice and neat. Hitler, Stalin, Lenin, Mao—if they could have dreamed that one up and enforced it. 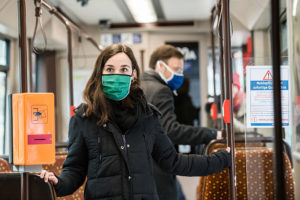 A message to the pod people wearing masks You’re sincere. We get it. You can stop now. You’ve already won a gold star on the blackboard from the teacher. And yes, the epidemic is all Trump’s fault, because he called it the China virus, and he should have starting locking down cities in 1998. Right. Sure. Of course.I won’t try to make a distinction between the junk science you worship and actual science. You’re too far gone for that.You’re in a box. In your minds. You’ve been in that box for a long time. It’s created by the “authorities in charge,” and their super-coiffed high-priced press hookers. The recent order to go on lockdown was just another piece beamed into that box, and you stood at attention. Yes sir.Even some of you anti-vaxxers are in the box. What did you think you were saying about viruses with your stance on vaccines? Let me translate. You were saying, “We can deal with viruses, we don’t need your toxic vaccines to gain immunity.” But now, all of a sudden, with this ghost fake virus, you fold up like puppets. You ask your masters to pull on the strings so you can put on your masks. All along, you’ve had a piece of mind control stuck in your domes you didn’t know about. I mean, really. 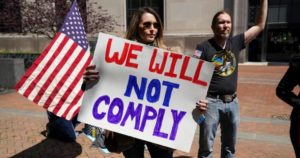 Protests against lockdowns: here they come “The people never give up their liberties but under some delusion.” — Edmund Burke, 1784.The Chinese regime broke the ice by imprisoning 50 million people at the start of Operation Fake Pandemic. It sent a signal to the fascist CDC and World Health Organization that they could command huge imprisonments in other countries.Well now, in America, a different kind of ice is being broken. —The resistance against the imprisonment, against the economic devastation, against the loss of freedom.The governors of American states are behaving like the governors of the original colonies, taking their orders from a foreign power. In this case, the power is the CDC, the World Health Organization, and by extension, the United Nations, of which the WHO is a branch.Yes, a bloodless coup has already occurred.The UN, in particular, has stated in a thousand different ways that it wants the US, and every nation, to bow to a world authority. The current strategy is medical. If climate change didn’t do the trick, try another angle. 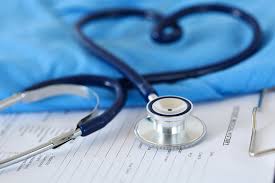 Stepping outside the medical fortress Once upon a time, men built a medical fortress to protect humans from dangers.Eventually, some of the protected began to realize the new problem: they were inside the fortress. That’s where a great deal of the trouble was.The casual observer knows bits and pieces of modern medicine’s history: the famous Flexner Report of 1910, sponsored by the Carnegie Foundation; the switch from a patchwork quilt of snake oils, nostrums, simple natural practices, and sophisticated therapies to Rockefeller pharmaceutical medicine; the advancing technology of surgery…At first, Rocky Med was a new entry on the scene; muscling in, striving to become the leading competitor in a crowded field.But soon enough, what was lurking in the shadows emerged: the ambition for monopoly. The rigging of an exclusive Pharma Standard, against which “lesser” healing approaches would have to be measured.Resulting from an alliance between pharmaceutical medicine and government, those older approaches would go down to defeat, or at best, suffer classification as second-class citizens. 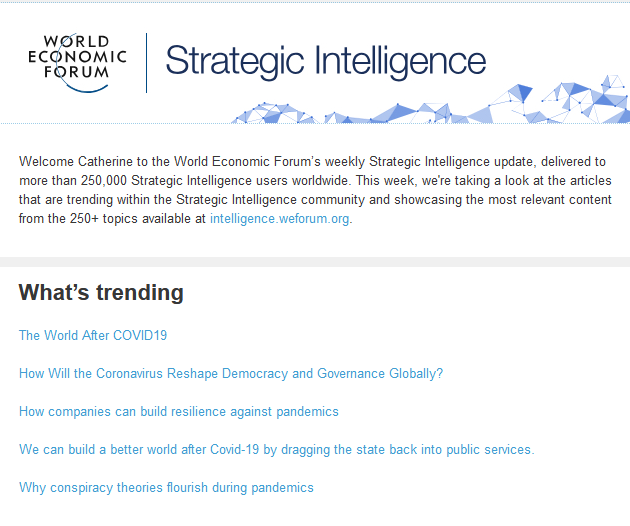 Dr. Rashid A. Buttar received his undergraduate degree from Washington University in St. Louis with a double major in Biology and Theology and then attended medical school at the University of Osteopathic Medicine and Health Sciences, College of Osteopathic Medicine and Surgery in Des Moines, Iowa. He trained in General Surgery and Emergency Medicine and served as Brigade Surgeon for 2nd Infantry Division, Republic of South Korea, and later as Chief of theDepartment of Emergency Medicine at Moncrief Army Community Hospital at Ft. Jackson in Columbia, South Carolina while serving in the US Army. During his military career, Dr. Buttar had the privilege of serving with and being attached to the 2nd Infantry Division, the 101st Air Assault Division and the 5th Special Forces Group. Dr. Buttar is board certified and a Diplomate in Clinical Metal Toxicology and Preventive Medicine, is board eligible in Emergency Medicine and has achieved fellowship status in three separate medical organizations (Fellow of the American College for Advancement in Medicine, Fellow of the American Academy of Preventive Medicine, and Fellow of the American Association of Integrative Medicine). Dr. Buttar practices in Charlotte, NC where he is the medical director of Advanced Concepts in Medicine, The Center for Advanced Medicine and Clinical Research. The Center specializes in the treatment and needs of patients refractory to conventional treatments and who have failed the standard approach to their disease process. With a special emphasis on the interrelationship between environmental toxicity and the insidious disease processes and the “up regulation” of the immune system, the Center has attracted patients from 34 different countries all over the world suffering from cancer, heart disease, stroke, autism and many other conditions too numerous to list. 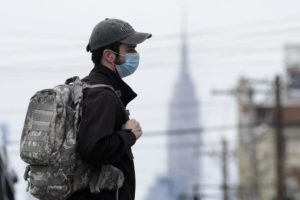 Other viruses make COVID-19 diagnosis, tracking challenging A significant number of people with COVID-19 may also be infected with other viruses, a new analysis indicates. The findings highlight the challenges of diagnosing and tracking the new coronavirus, experts say.In a report published Wednesday by JAMA Network Open, researchers at Stanford University School of Medicine report that they tested more than 1,200 people for COVID-19, and found that 116 people were infected. Of these, more than 20 percent also tested positive for another virus, rhinovirus — the pathogen that causes the common cold — as well as enterovirus and respiratory syncytial virus, or RSV, both of which are fairly common in children.In addition, several simultaneously tested positive for another coronavirus, which suggests that SARS-CoV-2, the virus that causes COVID-19, may be more closely related to other viruses in the family than originally thought.”As is true for a lot of infectious diseases, with SARS-CoV-2 you may have multiple pathogens and diseases,” Caroline Buckee, associate director of the Center for Communicable Disease Dynamics at Harvard T.H. Chan School of Public Health, said in a conference call with reporters. She was not involved with the Stanford study 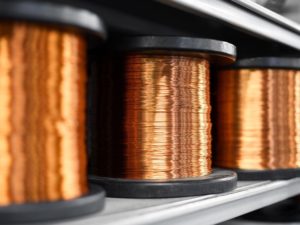 Copper’s Virus-Killing Powers Were Known Even to the Ancients When researchers reported last month that the novel coronavirus causing the COVID-19 pandemic survives for days on glass and stainless steel but dies within hours after landing on copper, the only thing that surprised Bill Keevil was that the pathogen lasted so long on copper.Keevil, a microbiology researcher at the University of Southampton (U.K.), has studied the antimicrobial effects of copper for more than two decades. He has watched in his laboratory as the simple metal slew one bad bug after another. He began with the bacteria that causes Legionnaire’s Disease and then turned to drug-resistant killer infections like Methicillin-resistant Staphylococcus aureus (MRSA). He tested viruses that caused worldwide health scares such as Middle East Respiratory Syndrome (MERS) and the Swine Flu (H1N1) pandemic of 2009. In each case, copper contact killed the pathogen within minutes. “It just blew it apart,” he says.In 2015, Keevil turned his attention to Coronavirus 229E, a relative of the COVID-19 virus that causes the common cold and pneumonia. Once again, copper zapped the virus within minutes while it remained infectious for five days on surfaces such as stainless steel or glass. 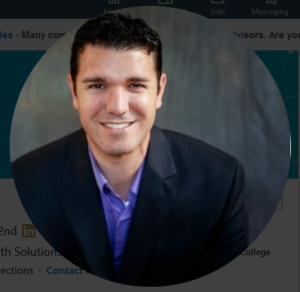 Individuals, families, communities want strength and longevity for good times and “crisis”, real or artificial.  But right now, many people are stuck and afraid because of a economy and supply chain that is centralized. Each year, Americans spend over $1 trillion dollars per year on food, mostly to build centralized food systems. While I wish we could all tear up the checks from DC so our hard earned money doesn’t lose value, the truth is almost none one will refuse the money. And, unfortunately, much of it is direct deposited. American individuals and families will receive at total of $560 Billion from DC. That’s almost 6 months worth of food spending. SHIFT IT LOCAL! Yes, create a garden but that won’t feed you today. Support the farms in your community and on today’s show, find out how to do it well! 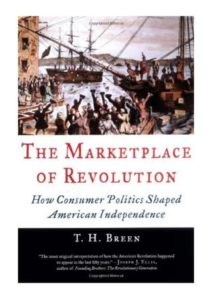 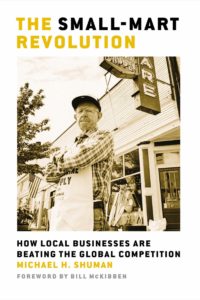 The Marketplace of Revolution: How Consumer Politics Shaped American Independence

Put your money where your life is