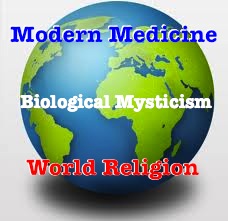 As a medical investigative reporter for the past 30 years, I’ve found facts and connected dots.  I’ve discovered that reporters in the mainstream are opposed to connecting dots.  They won’t go there.  They know they’ll be rejected by their editors and, if they persist, they’ll be demoted or fired.  That’s the way the job works.

Mainstream reporters aren’t supposed to make inferences from facts.  They’re supposed to solicit comments from “experts” on both sides of an issue and then slant the story toward the favored side.

This is especially true in the medical arena, which is a sacred cow.    When editors want to restrain wandering medical reporters, they take them off hot stories and assign them something pedestrian.

In the summer of 2009, Sharyl Atkisson of CBS exposed the fact that the CDC, responsible for counting the number of Swine Flu cases in America, had stopped counting.  This was a blockbuster revelation.  On the heels of Atkisson’s discovery, the CDC announced a lie so absurd it produced gasps of shock even within the mainstream medical-reporting community: suddenly, the several thousand cases of Swine Flu in the US were TEN MILLION.

Anyone with a grain of common sense could connect the dots: the CDC was lying to cover up the fact that Swine Flu, at best, was a very light non-epidemic, and all the fear-based hype was empty.  The push for everyone to get vaccinated was venal and stupid.

In a reasonable world, CBS and other networks, to say nothing of the NY Times and other major papers, would have gone after the CDC with hammer and tongs.  They would have attacked until the CDC was a smoking wreck.

At CBS, Atkisson was sent off to cover other stories.  That’s the way it works.

Here is the interesting part.  If these dying networks and newspapers had actually pursued the CDC story, they would have attracted huge audiences.  The public wants this kind of information.  The public is hungry for it.

So you could say major media are digging their own graves.  They’re not so much being phased out by the Internet; they’re committing suicide.

They insist on remaining part of the problem, at their own peril.

Here is another example:

Only a fool, however, would assume this legal attack against Glaxo would stop them from lying, cheating, and endangering the public in the future.

The $3 billion Glaxo fine covered scheming, lying, and cheating in connection with three of its drugs: Paxil; Wellbutrin; and Avandia.  Total sales of those drugs during the period of time in question?  27.9 billion dollars.  Three billion dollars is a drop in the bucket.  And Glaxo was comfortably prepared to pay the fine.  It had money set aside for that day.

So the fine was just the beginning of the story.  An outlet like the NY Times could have set their hounds loose and dug up inside information on how Glaxo managed their crime and their anticipated fine, from the get-go.  That would have been, in time, a hurricane of a story.  It would have exposed Glaxo as an ongoing RICO operation.

And then the question of why no Glaxo executives were prosecuted by the Dept. of Justice and sent to prison would have had teeth.

Day by day, week by week, the media story would have gained legs.  The public would have been transfixed as Glaxo executives came out and made confessions to reporters.

This is what connecting the dots means.  This makes stories grow and expand, and nets more criminals.  This is what reporting is supposed to do.

The answer to those questions has layers.  First, there is the obvious advertising revenue at stake from drug companies.  A former reporter for a Los Angeles daily paper told me that, on the heels of publishing a story critical of vaccines, the editor of the paper received a visit in his office from pharmaceutical executives of a company that was buying ads in the paper.  These execs didn’t stand on ceremony.  They read the editor the riot act.

On another layer, all major media outlets understand that stories highly critical of the medical cartel—when pursued to full exposure—are a taboo.  They’re not allowed, because the cartel deeply involves the federal government as an active partner.  The cartel is one of those too-big-to-fail institutions.  The money at issue is enormous.

On a third layer, we have the ever-popular “national security” dictum.  That’s right.  The interlock among medical schools, the FDA, doctors, drug companies, and researchers is considered “vital to the interests of the nation.”  If the NY Times went up against that, they would pay a big price.  They would find themselves on the receiving end of FBI investigations and IRS investigations and bank foreclosures on their debts and union work stoppages.  It would be a pitched battle.

I’ll tell you something, though.  If the NY Times had the balls and the commitment, the outcome would be a toss-up.  If the paper didn’t blink and kept turning out copy on deepening medical investigations—including copy on how the paper was being attacked for speaking the truth—they could print three editions a day and they would have readers knocking each other down to snatch a copy off a newsstand.

But this is just a fantasy, because finally, it turns out that the Times, and every other major media operation in America, is inextricably linked with top-level globalist criminals.  These media giants are engaged in an ongoing pysop of programming their audiences to accept official authority without questioning it.  The medical cartel is a key player in the Globalist takeover of nations:

Even an idiot can see that, as a story, this has gigantic staying power.  The NY Times and the Washington Post could attack it from so many angles and chase so many rats out of the woodwork, they would make Watergate look like a biddies’ embroidery club in Kansas.

You would have front-page revelations for months on end.  Just for starters, the FDA, which approves as safe all the drugs that cause these deaths, would be exposed as the Gambino or Gotti of the medical universe.

Obamacare, which will drag millions of new unwary customers into the system, exposing them to death and destruction, would be crushed underfoot like an old beer can in the street.

But the operating strategy of media megaliths is limited hangout.  They squeeze out a few facts like toothpaste from a tube, and then they back away.  They don’t make the connections they know are there.  Reporters, their foot soldiers, acquiesce and whiten their teeth and buy new suits and visit psychiatrists, where they’re diagnosed with clinical depression and given drugs.

On January 15, 2009, the NY Review of Books published a devastating quote from a woman who, for 20 years, edited the most prestigious medical journal in the world:

“It is simply no longer possible to believe much of the clinical research that is published, or to rely on the judgment of trusted physicians or authoritative medical guidelines.  I take no pleasure in this conclusion, which I reached slowly and reluctantly over my two decades as an editor of The New England Journal of Medicine.”

For any ambitious medical reporter, the quote could have been the jumping-off point for an investigation aimed at taking down medical journals and the whole peer-review system that underpins medical publishing.

But nothing happened.  No dots were connected.  The quote was left hanging in mid-air like a Hindenburg whose explosion had been indefinitely postponed.

Here is another Hindenburg quote of a similar nature, also published in the NY Review of Books (May 12, 2001, Helen Epstein, “Flu Warning: Beware of Drug Companies”):

“Six years ago, John Ioannidis, a professor of epidemiology at the University of Ioannina School of Medicine in Greece, found that nearly half of published articles in scientific journals contained findings that were false.”

Here’s another quote from the same article:

“Last year, GlaxoSmithKline’s diabetes drug Avandia was linked to thousands of heart attacks, and earlier in the decade, the company’s antidepressant Paxil was discovered to exacerbate the risk of suicide in young people. Merck’s painkiller Vioxx was also linked to thousands of heart disease deaths. In each case, the scientific literature gave little hint of these dangers.”

And finally, here is yet another statement from Marcia Angell, former editor of The New England Journal of Medicine:

“A review of seventy-four clinical trials of antidepressants, for example, found that thirty-seven of thirty-eight positive studies [that praised the drugs] were published.  But of the thirty-six negative studies, thirty-three were either not published or published in a form that conveyed a positive outcome.”

It turns out that the informational pipeline that feeds the entire perception of pharmaceutical medicine is a rank fraud.

Could any major newspaper add up these quotes and launch an all-out attack on the massive crimes surrounding published medical studies?  Of course.  And that attack, if carried out long enough, would shake the pillars of the Church of Modern Medicine.  But it doesn’t happen.

No.  Instead, by failing to connect the dots, the major media are killing themselves off; they are faking it day by day; they are putting on mask after mask and pretending to be wise and cognizant of the latest developments.  It’s all a con.  It’s a con of cons, and it’s going bankrupt, as Internet reporters now carry the real freight.