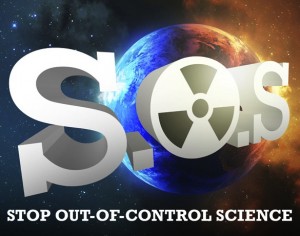 March 28, 2016 (To read about Jon’s mega-collection, Power Outside The Matrix, click here.)

—This article is based on my 35 years living in Los Angeles. I knew many people in and around the movie industry. At ground level, I learned a few important facts about the medical cartel-Hollywood connection. When was the last time you saw a major film that attacked the medical system head-on? Never? Do you think that’s an accident?

The film, Vaxxed, suddenly canceled at the Tribeca Film Festival, prompted this article, but I’m not writing here about Tribeca or Robert De Niro or that film. This is background, and people need to understand it.

Long ago, when I was working on medical fraud stories, I discovered that Hollywood stars aren’t permitted to go up against the medical establishment, if they want to keep their careers.

In fact, these stars are recruited by Big Pharma, not just to do commercials, but to front for foundations that are themselves fronts for drug companies.

And to take it even further, stars are enticed into seeking elite medical treatment for their physical problems, as a way of making them “part of the team.” They meet famous doctors and researchers. They’re given red-carpet treatment. They’re bamboozled into believing they’re getting the best care on the cutting edge of medical science. They’re cut and pasted to keep their faces young.

There is history here as well. Legendary studio heads and producers shelled out money to build wings on hospitals bearing their names. They endowed chairs at medical schools. They funded research. They took great pride in being associated with (and praised for) their connection to something more than fantasies put up on movie screens. Their wealth was being directed and channeled into a singular “humanitarian” cause, out of hundreds of possible causes. This was no accident. This was the result of hard work by medical operatives on the ground. This was a network that fed off of Hollywood dollars. And it still does.

Big Hollywood and Big Medicine meet in an unholy embrace.

And here is the kicker. At the most basic level, all this is happening because the medical cartel considers celebrities “wild cards.” Who knows what these celebs will do or say? A stray remark from a world-famous actor could reveal a number of corrupt lies. He could torpedo miles and miles and miles of carefully laid PR groundwork that has taken decades to install.

Suppose, for example, a massively popular celeb told a gaggle of reporters, at a press conference, “Hey, guess what I just found out? The medical system in America kills 225,000 people a year.” And suppose he reached into his pocket and produced the study that proves it?

They have to learn the unspoken rules.

So we’re not just talking about Big Pharma and its allies taking a friendly interest in the industry that makes movies. No, this is an effort to control a territory, make it their own, dominate it, and keep the lid on.

The medical cartel keeps an electronic fence around Hollywood.

Ditto for the music business and big-time sports.

All the alternative news about predictive programming in Hollywood, and Satanic influences, and secret-society symbols flashed onscreen? Well, move over a few feet and you’ll bump into the medical control apparatus, a truly sinister force, when you know how much damage the medical system does.

This is what’s going on, and you should know it.

There is considerable fear that can be invoked in Hollywood stars, who believe their health depends on receiving “the very best medical treatment” when it’s needed. That belief is the target of mind control.

“Hey, Frank [movie star], do you remember last year when I treated you at four in the morning? You were in a panic. And now you’re going to turn against us in the press? Against your doctors? You’ve been ‘reading some studies’? What the hell is wrong with you?”

It doesn’t have to be said. The implication is there. The star wilts at the prospect of biting the hand he thinks is feeding him and even keeping him alive.

Twenty-five years ago, I watched career of a rising Hollywood actor turn sideways, stall, and then sink like a stone. I had a conversation with him. He told me many things. He had raised red flags with a few remarks he made about the FDA certifying dangerous medical drugs as safe. He had spoken about falsified medical research. He was looking over a script about corrupt research—a script that was, of course, never made into a movie. He was speaking with friends about unnecessary surgeries at a famous hospital. And then he was gone. It was as if he never existed. It wasn’t just his vanishing career that bothered him. People in the industry were afraid of being associated with him. Subtly, step by step, people around him were “seeing me in a different way.” That was the worst part, he said. It was war by gradual attrition. The ground under his feet wasn’t solid anymore.

Fortunately, he was a strong person. He was able to re-establish his life (outside of the film business and the acting business). But, he said, if he hadn’t been strong, if he hadn’t continued to “know what I know,” he would have had a very serious problem. He told me that even major stars could receive the kind of excommunication he was dealt—and the gradual drip-drip of shunning could wreck them personally.

“Very few actors,” he said, “have strength, regardless of the roles they play on the screen. They have a weakness. It can be played on.”

Insecurity, at various levels, is the name of the Hollywood game. Almost no one is immune.

Los Angeles is full of people hanging around on the fringes of the movie industry. Some of them, once employed, have been waiting for years, even decades, to land a new job. They barely stay afloat. They hope. They dream. They drink.

I met a producer who hadn’t worked on a film for 20 years. He was suffering from a number of physical conditions. I spoke with him about a script that laid out the launching of a phony epidemic that didn’t really exist, but was being promoted to the hilt by the CDC. It was as if I’d touched him with a cattle prod. After he recovered, he looked at me as if I were the devil incarnate, in his house to drag him down into Hell. He told me I was crazy, a film like that would never be made, and if he associated himself with a project like this he’d be blacklisted. I gently informed him that he hadn’t been active in the business for a long time. It doesn’t make any difference, he said. I’ll be laughed out of town. Nobody knows me anymore, but I’ll be the butt of jokes. My doctor will jump all over me. He went on for a quite a while. Was he just being paranoid? I asked him that. He shook his head. You don’t understand, he said. The medical establishment has its hooks into the movie industry. He told me he knew that, way back when he was active as a producer. For God’s sake, he said, his boss was on the board of a big hospital. He had given large sums to a university medical school. “The friggin’ guy think he’s a medical expert. He’s going to let me make a movie about big-time medical fraud? He’d run me over with his car first.”

A few years ago, I had a meeting with a fledgling producer. I showed him a story idea based on the premise of secret evidence in the medical arena: doctors in America were killing a few hundred thousand people every year with medicines and mistreatment in hospitals. (Of course, this evidence is real, and I’ve cited it many times in these pages.) The producer looked at me and said, “Yeah, you told me on the phone about this story. I just wanted to see what a crazy person looks like.” He was a congenial fellow, and we talked for an hour or so. He assured me that his career would be over if he ever got serious about raising money for the script I had in mind. “As soon as money comes into it,” he said, “the word gets out. People know what the movie is about. They disappear on you and don’t return your calls. They tell their friends, and then you’re toast.”

Finally, I spoke, not too long ago, with a man I’d call a medical fundraiser. He operates in and around the movie industry. He siphons $$ from famous people for medical causes. I wanted to see his reaction, so I told him I had a script about medically caused murder in America. Widespread murder. He looked at me and slowly smiled. He shook his head. He said, “You’re yanking my chain, right? I’ll put up my house against a dollar from you and bet the movie will never be made.” I played along and asked him why he was willing to make the bet. He said, “We and the movie people sleep in the same bed. We’re happily married for a long time. Now you’re going to come in and tell one of us the other has been cheating and you want to publicize that to the fucking sky. How do you think we’re going to react?”

The medical cartel and Hollywood. An unholy embrace.

It’s very real and it isn’t an accident, any more than the CIA overthrowing a foreign leader is an accident. Like all major ops, the deep medical incursion into Hollywood has been planned and executed for a long time.

Revealed on no screens anywhere.

You can go higher and higher on the chain of power to see how this op works and who is running it, but at ground level, where the actors and agents and producers and directors live and work and hope, they are kept in check. They know it. They won’t talk about it publicly, but they know. They know where the electronic fence is and they can see the signs. They don’t go through the fence. They don’t climb it. They don’t go around it. They pretend it isn’t there, but they know it is.

They know how to be selectively blind.