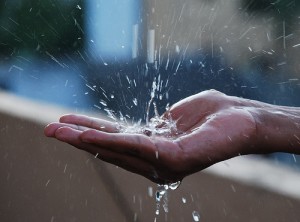 November 28, 2016 (To read about Jon’s mega-collection, Exit From The Matrix, click here.) By Jon Rappoport

To Steve Bannon, Trump’s inside man for policy and innovation.

The subject: actually solving the water-shortage problem in California and other places.

(Note: for open letters one and two to Steve Bannon, click here and here.)

Government bureaucrats and leaders are psychotically obsessed with maintaining their tight grip on a problem, massaging it, adoring it, arguing about it, figuring out how they can enhance their reputations by funding unworkable solutions—you know, the usual.

Anything except coming up with a useful practical answer.

This is why, in California, it’s taken 15-20 years to start building a desalination plant in Carlsbad that will take the salt out of seawater. Are these politicians idiots? Is the Pope Catholic?

So, Steve, I point you to an October 29, 2015 article in Fortune, “This billionaire wants to solve California’s water problem,” by Brittany Shoot (see also videos here (excerpt) and here (full)):

“Take the Rain Maker, a desalination unit roughly the size of a flatbed truck that relies on a conventional power source to distill seawater into freshwater well beyond Environmental Protection Agency guidelines. A single Rain Maker can be placed in a town with a wastewater plant. In a crisis, hundreds could be stacked on an ocean barge to process seawater. Coastal desalination facilities typically cost billions to construct and require massive amounts of energy. Could the Rain Maker, produced at industrial scale, pull California back from the brink of disaster? The forecast looks promising. Regulators at the Brackish Groundwater National Desalination Research Facility, a testing facility administered in New Mexico by the Department of the Interior, have given it a stamp of approval.”

Getting the picture, Steve? Doesn’t this sound worth exploring?

Your man, Trump, has sent signals that he wants to introduce, into moribund gridlocked government, solutions that bypass the official structure of embedded morons who keep finding new ways to get nothing done.

Well, here’s one. Contact Manoj Bhargava, the 5-Hour Energy owner, and work something out. Find out if his system really operates without glitches. Looking into his method, I believe Mr. Bhargava and his technicians are prepared to a) answer any and all questions about the validity of their work and its cost-effectiveness, and b) provide demonstrations that can be checked and analyzed by independent scientists.

If the Bhargava method does work, and California Governor Jerry Brown comes up with a way to try to stop you, I would favor sending in the DHS. They might actually do something helpful in the way of “securing the homeland.” I think the untold numbers of farmers in California who’ve seen their growing operations collapse deserve immediate help. I’m sure you could act as an intermediary between a group of these growers and Mr. Bhargava.

Think of it. Horrible drought problem. No rain. Crops dying. Farmers going out of business. The state government of California does nothing about it except moan and whine and avoid and warn and cut water usage.

—Then, assuming Bhargava’s system works, you step in and solve the whole thing.

The horrible case of bureaucratic depression you’d engender by this act would be worth the price of admission.

And simultaneously, the upward surge of positive emotion across the country would send a message that your administration means business—and all is not lost. Far from it.

***Face it, Steve, the powers-that-be and their little government helpers are determined to SHOWCASE drought as an inevitable consequence of “manmade global warming.” They want to keep shoving drought into people’s faces to prove their fraudulent climate-change “science” is valid. Their prime agenda involves continued water shortages.

Suppose you, on the other hand, can move in and make the shortage go away, help the farmers, and all the people who eat what the farmers grow?

And suppose, as you do this, Trump live-streams info direct to the American people, bypassing media, and details the efforts to block getting water to California farmers? He names names, he shows how they don’t actually want to solve the problem.

That would be a win-win.

Except for the bureaucratic losers, who richly deserve their fate.

Show a bureaucrat a real solution to a serious problem and he feels naked and afraid. He’s unaccustomed to true answers. He feels as if his life is threatened.

But that’s his issue, not ours.

We don’t have to grant any value to his mindset.

Why can’t abundance, rather than scarcity, compose the foundation of a better future?