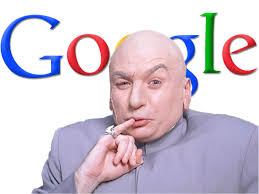 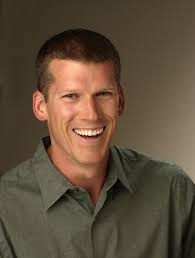 I was shocked, but not surprised, by the relatively small number of independent news sites that came to Mike’s defense. Has the 1st Amendment become a faded memory?

For six days, Google shut down all listings for Natural News.

To say this behavior was deranged would be a vast understatement.

It’s possible that the outpouring of protests after the takedown threw Google back on their heels, and they gave in.

But the game is not over. Google could go off on another witch hunt. They’ve proved they’re quite capable of it.

The Natural News debacle stems, in part, from the absurd war against “fake news.” Major media, the prime-cut purveyors of fake news, launched the war after they were left with egg on their faces in the wake of the presidential election. They had to find scapegoats. They had to explain their failure to predict the winner. They had to explain why they overtly supported Hillary Clinton throughout the campaign. They had to do something, anything, in order to deflect blame and derision.

So the Russia-Trump-WikiLeaks-fake news narrative was launched out of the crypts of the Washington Post, New York Times, and other big-time echo chambers.

Natural News was placed in the crosshairs and assailed as a pro-Trump fake news site.

We shouldn’t overlook the fact, as well, that Mike has carried out a highly successful and devastating attack on the medical cartel for years. So-called “science blogs” have been after him, hammer and tongs.

Mike writes: “After six days of being blacklisted by Google, the NaturalNews.com website has been restored to Google’s search results. The action by Google follows the largest and most vocal backlash against Google’s de-listing of any website in the history of the company [Google], and it has sparked many new discussions and debates about search engines, censorship and free speech.”

“For the record, there was never any allegation or evidence that Natural News had intentionally violated Google’s webmaster guidelines. While Google said we were being flagged for a so-called “sneaky mobile redirect” on a very small number of pages in a subdomain (blogs.naturalnews.com) which were created by outside bloggers, Google went to the extraordinary step of banning the entire NaturalNews.com root domain and all its subdomains — a step that would never have been applied to CNN, Huffington Post or other popular news websites. In fact, a Natural News investigation showed that violations identified involving websites like HuffPo, Forbes and CNN did not result in the same kind of blacklisting that was applied to Natural News.”

“Furthermore, while Google did make an effort to provide us with one URL that they said flagged this mobile redirect, to date there hasn’t been a single SEO expert or engineer who could reproduce the supposed redirect issue.”

“Even more disturbingly, when we went to the Google product webmaster forum to ask for help identifying this issue, we were insulted, mocked and accused of lying by Google’s supporters who behaved like a pack of jackals rather than search engine professionals.”

“Through this entire process, Natural News was constantly being called a liar for failing to remove something that Google flatly refused to identify. In essence, we were charged with a ‘crime’ by Google, yet Google refused to provide any details of the crime, nor any evidence of the crime, nor any tool whereby we could reproduce Google’s claimed ‘redirect’.”

“To call this process extremely frustrating for webmasters is an understatement. I continue to believe that Natural News was targeted by Google due to the content of our speech which supports President Trump… and that the ‘sneaky mobile redirects’ issue was merely the justification used by Google to de-list the entire NaturalNews.com website. Google no doubt disagrees with this assessment and says it was just a technical issue, yet we are not aware of any other situation in which a minor technical issue on a subdomain resulted in Google blacklisting the entire ROOT domain of a major publisher, with 140,000+ pages of quality content. Natural News appears to be the only website of its size that has ever been subjected to this extreme censorship for such a minor technical issue on pages posted years ago by bloggers on a subdomain.”

“…No one denies, for example, that Google’s top executives such as Eric Schmidt were working directly with the Hillary Clinton campaign which Natural News opposed. This has all been fully documented by Wikileaks.”

“Had Natural News been a pro-Clinton, ‘progressive’ website, I believe a minor technical glitch on some subdomain blog pages from years ago would have been given a pass. After all, the final decision to blacklist Google was a human decision — called a ‘Manual Action’ by Google — which means someone at Google decided to penalize Natural News for something that was not flagged by any Google algorithm.”

In a world where education has become an exercise in injecting values into students’ heads, people have lost the mental capacity to distinguish between disagreement and censorship. Now, it’s “I disagree with you so I want to shut you up by any means.”

Many independent news sites decided to ignore Google’s censorship of Mike and Natural News. They, too, failed to establish a firm defense of free speech.

Some of these independent sites, knowing what Natural News has done to attack conventional medicine and the medical cartel, decided to stand back and remain silent, because they consider medical information a holy of holies. They will attack major media on many issues, but The Medical isn’t one of them. They’re afraid to explore this area, discover shocking truths, publish those truths, and then open themselves to heavy criticism.

Then, of course, there is the simple fear that Google will censor them, too. Google, the all-powerful Ministry of Truth. Big Brother.

Get this straight. Google, Facebook, and Twitter are go-to allies for major media. The biggest news operations look to these allies for help in censoring information they want to bury. It’s a joint operation.

To the casual observer, it seems that pro-Trump messages are what the Ministry wants to crush. And that’s true. But it’s only the beginning. There are vast oceans of information Big Brother wants to hide.

Water runs deep. And it gets in everywhere.