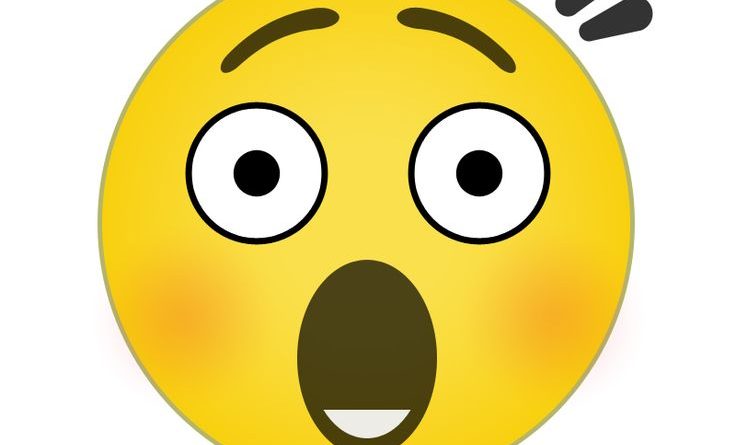 One thing I’ve learned from giving lectures to audiences over the years: never meet expectations.

For example, if they expect shocking information from the speaker, and they get it, their expectations are met.

Audiences train themselves to be audiences, and their expectation-containers are ready when they sit down to listen.

There is something missing. Something monumental.

The present moment. The present now. The alive moment. Because, for all its fanfare and interest, the event is not really in the present.

This is by design. No one wants the moment. People’s whole lives are devoted to avoiding the moment, because it is spontaneous. That’s what a moment is. Spontaneous.

“Everyone can act. Everyone can improvise. Anyone who wishes to can play in the theater and learn to become ‘stage-worthy.’” (Viola Spolin)

No one is used to spontaneity. No one is prepared for it.

No one knows what they would do or how they would react in the spontaneous moment. That’s why it is avoided.

“Through spontaneity we are re-formed into ourselves.” (Viola Spolin)

I bring all this up because passivity is the universal effect of living for most people. In that state, they still have expectations and those big containers, but the way they receive information—they certainly don’t intend to climb up out of their own passivity. That’s the last thing they would do.

“It [spontaneity] creates an explosion that for the moment frees us from handed-down frames of reference, memory choked with old facts and information and undigested theories and techniques of other people’s findings. Spontaneity is the moment of personal freedom when we are faced with reality, and see it, explore it and act accordingly. In this reality the bits and pieces of ourselves function as an organic whole. It is the time of discovery, of experiencing, of creative expression.” (Viola Spolin)

So when I speak to audiences at live events, I find a way to remind them that we’re in a kind of false relationship. It’s interesting and false at the same time. There we are in a room, and I’m the speaker and they’re the audience. I’m active and they’re passive.

Those are our roles. Those are our functions. It’s accepted, but it’s unworkable. It’s self-defeating, unless we all want to be existing in a dead space outside the living present moment. And I don’t.

It’s really a challenge that extends to the whole world.

Are we alive or are we doing it by the numbers?

Look at any set-up, which is “the way things are supposed to be,” and “the parts that people are supposed to play,” and you can see light. The light is what could happen to upset that situation and turn it into something else. Something that would bring people in from the cold, into the moment itself.

Spontaneity means everything is created now.

That’s why I keep writing about imagination, because imagination will change a life. It won’t only change the content. It’ll change the way life happens.

Here’s something I can guarantee anywhere in the universe where beings populate planets, where they think, plan, strategize. They’re not living in the moment, but they claim they are. They’ll say, “How could I be anywhere else? We’re all in the present. That’s all there is.”

But they’re wrong. Their big containers are in the moment, and they’re waiting outside to accept the flow of information from the containers.

If a person (usually a hard-headed realist) thinks he’s already in the moment, have him go up on a stage with another person and take on the role of a galactic cop on patrol, questioning a suspect who is accused of stealing a planet. If the realist can eventually improvise and do it, he’ll experience being in the moment in a way he never has before.

Likewise, if he painted 200 paintings, something different would happen to him. He would come to the edge of what he already knows (which he’s expressing in the paintings), and then he would step off. He would do something on the paper or canvas which is not what he knows. It would arise spontaneously, and he would feel a new space, a new energy, a new now.

Imagination. Alive imagination. That’s the key. The key to the door that leads out of the Matrix.

Nothing is wrong with Zen, except the people who practice it.

But on the whole, how many people who do this wind up becoming passive? That’s the thing. People tend to opt for quietness.

Whereas, the whole idea ought to be: launch a tremendous amount of dynamic action from the platform of zero-stillness.

Because stillness as a way of life sooner or later begins to disintegrate.

The teacher did whatever he had to do to bring the student out over the edge of the cliff, where in mid-air, there were no foundations…and the student felt terror. But the teacher persisted.

And then, in one explosive moment, the student found himself floating in the air. He saw there was no need to explain his existence. There was no need to place a veil between himself and the present moment. He didn’t die. He was, finally, alive.

Who knows how this radical approach actually worked out in the many cloisters and huts and cottages where it was practiced, where the stories grew and expanded in their retelling.

There was another aspect of Zen, which survives to this day. It could be summarized as: “become the other.” The archer becomes the target. He becomes the bow, the arrow, and the target.

The runner becomes the road and the air and the sky and the clouds. The artist becomes the canvas.

The theater of merging with the other.

And as in any theatrical setting, the actor can, by choice, merge with, and un-merge from, his role.

But again, in these times, the main thrust of Zen teaching seems to be meditation, and the culture of stillness, quietude, and passive acceptance.

I’m not saying the meditation is easy to do. It isn’t. But somehow, its environment has become circumscribed.

This is unsurprising in America, where every philosophic and spiritual import from Asia has been distorted and watered down for the seeker-consumer. The overriding intent has been to create The Quiet Person.

The world of action has been painted as too disturbing to the “student seeking inner peace.” Therefore, retreat. Therefore, set up a buffer zone within which all is harmonized and balanced.

Where is the Zen now that sends people out into the world to revolutionize it down to its core, that stimulates the desire to find and invent a Voice that will shatter delusions and create new realities that have never been seen before?

If the moment of insight, satori, doesn’t instigate this, what good is it?

How can satori be “seeing into one’s true nature,” if the result is a wan gaze out on a uniform landscape of soft-boiled bupkis?

The answer is obvious. Breaking apart, exploding the primary illusions and fears that hold an individual in check is not the goal of most Zen as it is now practiced. That objective has been replaced with the false promise that some ultimate “consciousness” will reconcile the soul with itself.

The way this promise is offered and the way it is taught and the way its surrounding social culture is embroidered is a dud. Dead on arrival.

What is the real sound of David Rockefeller? What does Henry Kissinger say when somebody finally puts him in a small bottle with a cork on it? How does an android disguise himself as a human?

If I need a Zen teacher, I’ll go to Henny Youngman: “A doctor gave a man six months to live. The man couldn’t pay his bill, so he gave him another six months.”

In the beginning, the whole point of Zen was to shake things up, not calm them down.

The master assumed a new student was an annoying clod. But that doesn’t comfortably mesh with today’s “tolerant culture.” Today, annoying clods are a special interest group.

Silence, as a key Zen feature, isn’t only about a desired inner condition now. It’s about a synthetic attitude. So show me a temple where the meditation room is outfitted with a few dozen giant TV screens. The students do their meditation while CNN, Christingle Matthews, Sean Hannity, Oprah, news-boy-on-a bike Brian Williams, Hawaii Five-O, the Shopping Channel, Pawn Stars, Jimmy Fallon and his screaming pubescent audience, and four or five Spanish soaps are going full blast.

That would be a start.

Or throw on 20 or 30 TED lectures simultaneously—prancing grasshoppers extolling the future of technology.

I submit that if the one of the ancient Zen teachers walked into a modern American Zen cloister today, that’s exactly what he’d do. Turn on a few hundred TV sets, computers, and mobile devices and say, “Okay, try being quiet in the middle of this!”

Zen is sacred? What? When was it ever sacred? Soft bells, empty halls?

No, you must have Zen confused with a funeral home.

Every age has its massive collection of heavily loaded apple carts, and the job of Zen is to overturn them. When up is down, and insanity is called normal, that’s where you begin…