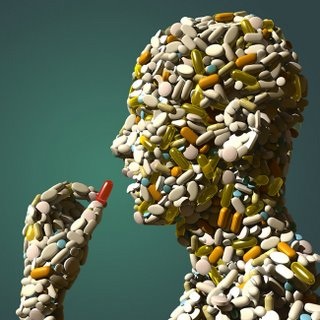 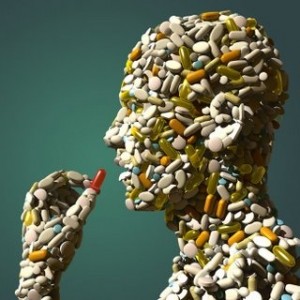 Sheriffs in North Carolina want access to state computer records identifying anyone with prescriptions for powerful painkillers and other controlled substances.

The state sheriff’s association pushed the idea Tuesday, saying the move would help them make drug arrests and curb a growing problem of prescription drug abuse. But patient advocates say opening up people’s medicine cabinets to law enforcement would deal a devastating blow to privacy rights.

Allowing sheriffs’ offices and other law enforcement officials to use the state’s computerized list would vastly widen the circle of people with access to information on prescriptions written for millions of people. As it stands now, doctors and pharmacists are the main users.

Nearly 30 percent of state residents received at least one prescription for a controlled substance, anything from Ambien to OxyContin, in the first six months of this year, according to the state Department of Health and Human Services. Nearly 2.5 million people filled prescriptions in that time for more than 375 million doses. The database has about 53.5 million prescriptions in it.

Sheriffs made their pitch Tuesday to a legislative health care committee looking for ways to confront prescription drug abuse. Local sheriffs said that more people in their counties die of accidental overdoses than from homicides.

For years, sheriffs have been trying to convince legislators that the state’s prescription records should be open to them.

“We can better go after those who are abusing the system,” said Lee County Sheriff Tracy L. Carter.

Others say opening up patients’ medicine cabinets to law enforcement is a terrible idea.

“I am very concerned about the potential privacy issues for people with pain,” said Candy Pitcher of Cary, who volunteers for the nonprofit American Pain Foundation. “I don’t feel that I should have to sign away my privacy rights just because I take an opioid under doctor’s care.” Pitcher is receiving treatment for a broken back.

The ACLU opposed a bill in 2007 that would have opened the list to law enforcement officials, said ACLU lobbyist Sarah Preston. The organization would likely object to the new proposal.

“What really did concern us is the privacy aspect,” she said. Opening the record to more users could deter someone from getting necessary medicine because of the fear that others would find out, she said, “particularly in small towns where everybody knows everybody.”

The state started collecting the information in 2007 to help doctors identify patients who go from doctor to doctor looking for prescription drugs they may not need, and to keep pharmacists from supplying patients with too many pills. But only about 20 percent of the state’s doctors have registered to use the information, and only 10 percent of the pharmacies are registered.

Many chain pharmacies aren’t connected to the Internet, said Andy Ellen, a lobbyist for the N.C. Retail Merchants Association. Pharmacy computers work on closed systems so they won’t be vulnerable to viruses that could slow or crash their networks. Pharmacies are trying to figure out a way around that obstacle to the controlled-substance prescriptions list, he said.

Bettie Blanchard, a woman from Dare County whose adult son is recovering from addiction to prescription drugs, said doctors should be required to consult the list when prescribing controlled substances.

She also wants doctors to get more education on prescribing narcotics. Doctors should be required to tell patients that the medicine they are being prescribed can be addictive, she said.

William Bronson, who works in a drug control unit at DHHS, presented what could be a compromise to the sheriffs’ request – allowing local drug investigators to request information related to ongoing investigations, but not let them go in to the computer records themselves.

Eddie Caldwell, lobbyist for the N.C. Sheriff’s Association, said the level of access to the data is up for discussion.

“There’s a middle ground where the sheriffs and their personnel working on these drug abuse cases get the information they need in a way that protects the privacy of that information,” he said. “No one wants every officer in the state to be able to log on and look it up.”

Click here to read the full report from The News Observer