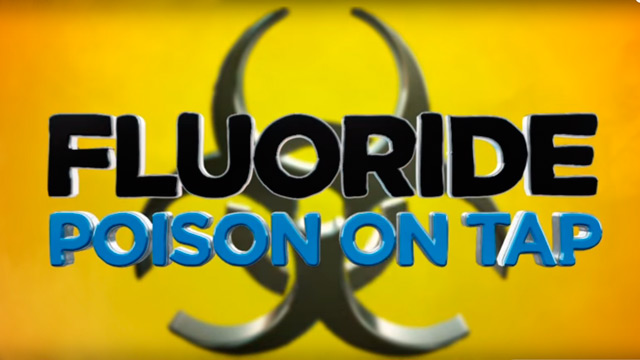 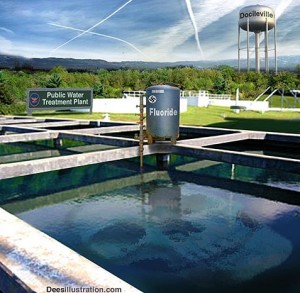 For the past year or so, I’ve been following a critical situation in New Zealand, where local communities decide whether to fluoridate their water supplies. A number of communities have said no.

A bill in the national parliament would change all that.

If the bill passes, the decision to fluoridate would fall into the hands of so-called District Health Boards—which are part of a federal system. At that point, New Zealand would be fluoridated as a matter of top-down command; local choice would be gone.

Now, there is a battle going on in the parliament about allowing debate on the science of fluoridation. Apparently, the pro-fluoridation forces are terrified that open presentations will expose official lies and destroy their position.

National Health spokesperson, Jonathan Coleman, is castigating the Government for allowing the latest science on fluoridation to be aired. “This is now going to unfairly colour the debate and raise questions in people’s minds, especially MPs who are going to vote on these Bills,” says Coleman.

It is hard to fathom why listening to both sides of an issue will “unfairly” colour the debate.

Prof Paul Connett is booked to give a presentation to all Parliamentarians in February during his speaking tour of New Zealand. He will explain the latest science on fluoride’s adverse health effects – particularly the growing research on the link between fluoride and the lowering of IQ.

A multi-million-dollar landmark US Government funded study published last year found that children who were exposed to fluoride in utero (at the same levels NZ children are exposed to) caused a drop of around five IQ points. This study was carried out by researchers in the top Universities of North America, such as Harvard, Michigan, Toronto and McGill…This comes on top of the 52 (out of 58) human studies and hundreds of animal studies that have also found fluoride interferes with brain function.

For Jonathan Coleman to call this “junk science” is preposterous.

Fluoride Free New Zealand congratulates the Government for not being bullied by the likes of Jonathan Coleman and others – who are now showing signs of desperation to keep people away from the information.

Prof Connett will be speaking in a number of towns and cities that are not fluoridated. Prof Connett holds a B.A. (Honours) in Natural Sciences from Cambridge University, England and a Ph.D. in Chemistry from Dartmouth College. He is a world leading expert in fluoridation and has spoken in fifty-two countries on this issue and the issue of Waste Management. Details of his Talks can be found at http://www.fluoridefree.org.nz.

New Zealand has reached a point where open and honest discussion is under the gun.

Professor Connett must be allowed to speak before the parliament. All attempts to stop him must be derailed.

Here is an interview I did with Professor Connett in November. The study referred to in the interview was published in Environmental Health Perspectives, in September 2017. It is titled: “Prenatal Fluoride Exposure and Cognitive Outcomes in Children at 4 and 6-12 Years of Age.” It is often referred to as the Bashash study, after its first listed author.

The study concluded: “…higher prenatal fluoride exposure, in the general range of exposures reported for other general population samples of pregnant women and nonpregnant adults, was associated with lower scores on tests of cognitive function in the offspring at age 4 and 6–12 y.”

In short, pregnant women exposed to fluorides give birth to children who later show up with lower IQ.

Q (Rappoport): There is a new study on the effect of fluorides on IQ. Several questions: Do you believe the study is well done? Does it deserve our attention? What conclusions does it draw?

A (Connett): This is a very important study…Taken at face value it should have been a good study. It was financed largely by the NIEHS [National Institute of Environmental Health Sciences, part of the US National Institutes of Health], which of course is pro-fluoridation. It was conducted largely by specialists in the field who have done similar studies on other neurotoxicants. None of them to my knowledge had taken a public position against water fluoridation (indeed one was known to be pro-fluoridation) so the notion of bias here was small…

Q: What is the reaction of public health agencies to the new study?

A: Pro-fluoridation agencies have done what they always do – attack any study that finds harm. They are all more interested in protecting the archaic practice of water fluoridation than to protect the health of our children. Extraordinary that any civil servant should think that children’s teeth are more important than their brains! The people at the top are desperately trying to protect a policy they have waxed lyrical about for 70 years. The people in the middle are taught to promote “policy” not question it and the people at the bottom simply believe what they were taught at dental or medical school and reinforced by their professional bodies. Others I think are very concerned that if they lose fluoridation it will affect the public’s trust in other public health practices – a clear example would be vaccination, a multi-billion dollar interest supported by the CDC (a big champion of fluoridation).

Q: How have major media reacted to the new fluoridation study?

A: Apart from CNN and CTV in Canada and Newsweek there has been little coverage by the mainstream media. It was not covered by the NY Times, the Washington Post, the Wall Street Journal or any other major newspaper. That again is extraordinary for a study of this significance. Sadly, this is also typical of these outlets when it comes to the detailed science on this issue. They simply don’t want to know.

Q: I’ve been covering the fluoride situation [fluoridating water supplies] in New Zealand. Last I heard, there was a move to take decision-making away from local governments and put it in the hands of federal health councils, who would determine whether to fluoridate water supplies. Can you give me an update?

A: Yes this is a dreadful development. Thus, in addition to the health issues we now have democracy threatened in NZ. Yesterday [11/16/17], the new government re-introduced the bill [handing over fluoridating decisions to federal authorities] for a second reading. One can only hope that the coalition partners will not be bullied into going along with this. A NZ first member is strongly against this bill. I would hope that the Green Party will not be railroaded on this either. But they have been very weak so far.

Q: I’ve been told that many years ago, you were in favor of water fluoridation. What was the turning point? What made you change your mind?

A: To be more accurate I didn’t want to get involved. I was so busy teaching chemistry and working on waste [disposal issues] (which has taken me to 49 states and 65 other countries) that I didn’t have time for a third issue. And I certainly didn’t want a third issue in which if I got involved would get me labelled as “loony tunes.” Over the years I was approached by three different people to get involved…I resisted them all. Then someone I couldn’t resist twisted my arm…– my wife – in 1996. When I read the literature she had amassed I was both shocked with what I learned and embarrassed that I had not got involved before. I have spent the last 21 years trying to make amends.

The New Zealand government is teetering on the edge of a fascist decision to poison its own people. This edict must not go forward.