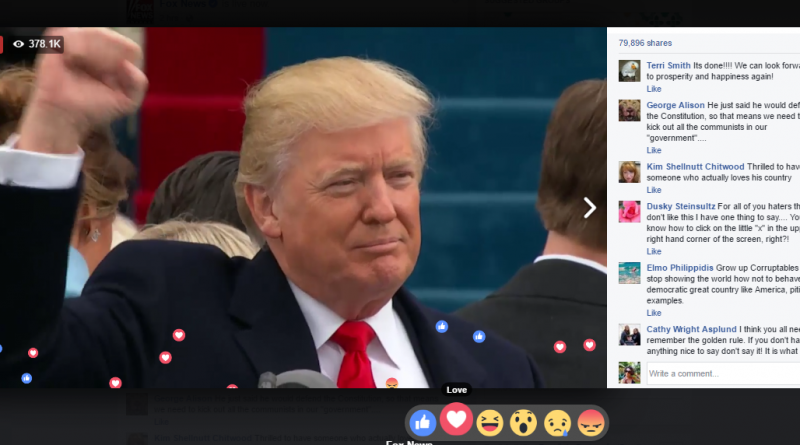 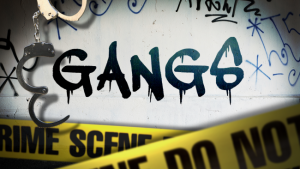 I could list 10 interesting things Trump said Friday. And of course, words aren’t actions. Yet. But here is one remark you’re not going to get, and never did get, from any recent president:

“Mothers and children trapped in poverty in our inner cities…And the crime and the gangs and the drugs that have stolen too many lives and robbed our country of so much unrealized potential. This American carnage stops right here and stops right now.”

To which Rachel Maddow (MSNBC) replied:

“It was militant and it was dark. The crime, the gangs, the drugs, this ‘American carnage,’ disrepair, decay. You can’t imagine the outgoing president giving a speech like that.”

She’s right, because the outgoing president never did anything to stop the carnage. If she thinks Trump’s language was too militant, she should try talking to mothers who live in those inner cities, who are trapped and held hostage by gangs, who want a nation of laws, and can’t find a way to live safely with their children by eating Obamas’s high-flying empty rhetoric.

Obama somehow managed to spend eight years in the White House and never mention, with any significance, GANGS. Eight years…and nothing. Yet he was The One who was going rescue America’s inner cities.

Find an inauguration speech by any recent president in which the word GANGS appears.

Is the whole point of being presidential an avoidance of stark realities? Is that what all the Rachel Maddows want? They’re not living in those neighborhoods. They’re not up against the gangs and the crime and drugs every day and every night.

The truth is, it’s offensive for a president not to mention these things.

Did Attorneys General Eric Holder or Loretta Lynch go after gangs? Did they raise a finger to stop this scourge?

Did Obama form a plan and put it into action?

Did any federal legislator or bureaucrat raise hell because gangs are controlling large swaths of inner cities?

Did any major news outlet pound on this story month after month?

Guess what? When you add up gun crimes, killings, maimings, and drug overdoses in cities across America, you come to the door of gangs. That’s a shocking revelation millions of Americans already understand, but for some reason presidents are clueless.

We’ll see what he actually does and doesn’t do, but he knows. And he talks.

Offended liberals take umbrage at his remarks, but as usual they prolong decimation and destruction, and they take the opportunity to fly their useless banners of care and concern and opt for solutions that aren’t solutions. They want to look and sound good.

After all, they wanted to elect a president who played a major role in destroying an entire country for no reason (Libya), and they didn’t even blink at the horror. It wasn’t on their radar. That’s how much they really care.

If tomorrow, by some miracle, all gangs in America disappeared, and the communities they ruled came back to life, liberals would find a way to be offended. They would yell and scream. Because some injustice hadn’t been addressed. Because some reparation hadn’t been made.

Because they have an interminable itch that can never be scratched out of existence.

Behind all their pronouncements, they must be able to see victims, on whose blood they feed.

When they imagine individuals held hostage coming back to freedom and strength and self-propelled power in communities, liberated from the carnage of gangs, they see silver bullets moving toward their own vampiric hearts.