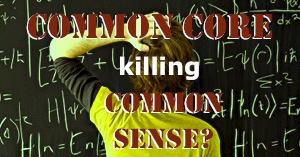 When logic is taught at all, it is usually handled in an abstract fashion. Students examine very simple patterns of reasoning and learn which patterns are correct and which are incorrect.

When analysis of realistic text is taught at all, it usually involves dissecting literature to find out what the author is “really trying to say.”

I wasn’t satisfied with either approach. So when I created my course (further details below), I changed the priorities. Students do learn something about abstract thinking—but they are also taught how the most important and destructive fallacies seep into news reports, PR releases, scientific journalism, editorials, and political arguments.

The core of the course consists of text passages that resemble the kind of information people encounter every day. These passages contain multiple logical errors, and with the help of the teacher, students root out the errors and, in the process, become much smarter, much sharper, less easily fooled.

The Founders of this country wrote a 1st Amendment to the Constitution that enshrined free speech as an essential element in the new Republic. They clearly understood that, for this to work, citizens needed to be able to analyze information and make independent choices in every area of life.

Or to put it another way, if citizens were unable to handle free speech (uncontrolled information), the whole Republic would sink into a swamp. Deception and confusion would reign, and the basic principles of the Great American Experiment would drown in a sea of forgetfulness.

Look around you. Look at the size and power of central government. Compare this situation to the content of the Constitution and its forthright description of limited government.

Well, one of the chief things that happened was the gradual diminishing of the Citizen Mind.

In particular, citizens lost the ability to analyze and see through the ongoing political debate about the future course of the Republic.

Logic, which was first revealed to the world in the cradle of Western civilization, Athens, 2400 years ago, has faded from the education curriculum and sunk below the waves.

I created my course as a step toward restoring the genuine power of the individual. After all, at the heart of the Declaration of Independence and the Constitution is the determination to form a society in which the individual is primary. If that is lost, we have lost everything.

I believe home schooling is our last and best opportunity to elevate the individual to his/her rightful place.

I understand that parents have many reasons for wanting to home school. Among these reasons is the desire to avoid the social engineering that has been injected into the public educational system. However, clinging to the conventional curriculum in the classroom, even if that classroom is the living room or the kitchen or the patio, is not going to remedy all the problems of public schooling.

The great missing factor in public schools is logic, as it was once taught. Information without true logic is like government without a Constitution. The result is a spreading fungus.

Here is the syllabus of my Logic and Analysis course.

* The course is taught in 18 class sessions.

* The first two sessions are filled with short examples of logical fallacies.

* Sessions five through 16 take up, in great depth, long passages that read like newspaper articles, political statements, PR, and internet journalism. Students learn how to identify and explain, in specific terms, the logical flaws these passages contain.

* Sessions 17 and 18 are the final exam and the teacher’s dissection of the exam.

* The teacher’s manual and an accompanying audios lay out each session’s lesson plan. The lesson plans include my explanations of the passages and the errors they illustrate.

The sessions do not challenge faith or personal conviction. They are designed to enable a bright student to take apart a written text, an argument, a visual presentation — and discover whether it is valid, whether it truly makes sense, whether it has holes in it.

The Logic and Analysis course is included in my Matrix Revealed collection (complete details below). I have seen other people offering school courses that are amazingly expensive.

I undercut those levels by a wide margin.

Let’s face it. We are living in a world where the notion of individual freedom and power are under attack. Sustaining that freedom involves knowing how to deal with propaganda designed to make us into confused collectivists. When young people possess the know-how and the confidence to see through these shams, they are equipped to succeed.

Here are the contents of The Matrix Revealed:

* Ten and a half hours of audio.

The 2 bonuses alone are rather extraordinary:

* My complete 18-lesson course, LOGIC AND ANALYSIS, which includes the teacher’s manual and audio to guide you. I was previously selling the course for $375. This is a new way to teach logic, the subject that has been missing from schools for decades.

* The complete text (331 pages) of AIDS INC., the book that exposed a conspiracy of scientific fraud deep within the medical research establishment. The book has become a sought-after item, since its publication in 1988. It contains material about viruses, medical testing, and the invention of disease that is, now and in the future, vital to our understanding of phony epidemics arising in our midst. I assure you, the revelations in the book will surprise you; they cut much deeper and are more subtle than “virus made in a lab” scenarios.

The heart and soul of this product are the text interviews I conducted with Matrix-insiders, who have first-hand knowledge of how the major illusions of our world are put together:

* ELLIS MEDAVOY, master of PR, propaganda, and deception, who worked for key controllers in the medical and political arenas. 28 interviews, 290 pages.

* JACK TRUE, the most creative hypnotherapist on the face of the planet. Jack’s anti-Matrix understanding of the mind and how to liberate it is unparalleled. His insights are unique, staggering. 43 interviews, 320 pages.

* RICHARD BELL, financial analyst and trader, whose profound grasp of market manipulation and economic-rigging is formidable, to say the least. 16 interviews, 132 pages.

* Several more interviews with brilliant analysts of the Matrix. 53 pages.

* The ten and a half hours of mp3 audio are my solo presentation, based on these interviews and my own research. Title: The Multi-Dimensional Planetary Chessboard—The Matrix vs. the Un-Conditioning of the Individual.

(All the material is digital. Upon ordering it, you’ll receive an email with a link to it.)

Understanding Matrix is also understanding your capacity and power, and that is the way to approach this subject. Because liberation is the goal. And liberation has no limit.

I invite you to a new exploration and a great adventure.