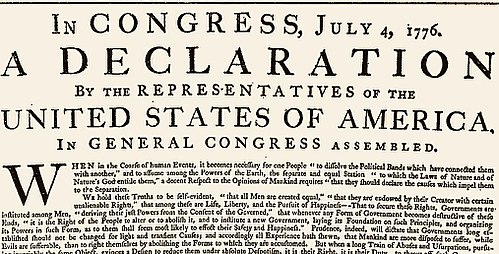 In the modern secular church of fakers, they tell us anger is wrong, outrage is wrong, acceptance in hypnotic sleep is what we must aim for.

Always bow to “smooth transitions.” When there is disagreement, swallow your bile, give in, make peace with tyranny. The pain will only last for a little while. Then you will reach a higher understanding.

The authorities and their minions of the press have the final word. Our job is to fit ourselves into their scheme of things.

WE must be flexible. THEY can be inflexible.

If these rules seem backwards and upside down, that is OUR problem, not THEIRS.

This is the position of our would-be masters.

I realize your attention is focused on the election and vote-fraud right now. But I want to comment on the disaster we’re all facing these days:

Cutting to the bottom line: There is NO state of emergency that justifies sweeping away Americans’ basic freedoms. No war, natural or manmade disaster.

NO emergency can override the meaning and spirit of the Constitution.

There is a line that can’t be crossed for any reason. Otherwise, an official or legislature or court could, armed with an excuse, cancel the Constitution.

That’s exactly what’s happened. COVID. It’s diabolically clever, because officials will say: “You can’t make a choice about how to live your life, because what you do affects other people. If you carry the virus and live out in the open, you’ll infect those around you. Therefore, you must obey the commands we lay down…”

You must agree to in-house arrest, if a gangster governor deems it necessary. You can’t go to church. Your children can’t go to school. You have to shut down your business. You can’t earn a living. You need to go on the public dole.

The infernal logic of this is inescapable, once you allow the crossing of the Constitutional line. Then, freedom is gone. The United States is gone.

I’ve spent the past nine months proving that COVID is a medical and scientific fraud. There is no emergency or great danger. But even if there were, that bright line from freedom to slavery cannot be breached. Or we all go down.

Instead, we have to rise up. We have to live life, work, move forward. WE HAVE TO OPEN UP THE ECONOMY OURSELVES, every which way we can, regardless of orders from governments—federal, state, or local.

Protests? Yes. But more than that, we go back to work.

All over this country, we stand on our natural and Constitutional freedoms. We don’t give in.

No one said this would be easy. We aren’t living in easy times. It does no good to park ourselves in a swamp of complaining about what should be and spin our wheels.

Again: WE OPEN UP THE ECONOMY EVERY WHICH WAY WE CAN. We FIND a way. We barter and trade, if necessary. I’m told that, during the Depression of the 1930s, local citizens in America created 3000 currencies. Their own forms of money.

It’s an option. There are many options, if people think and plan. Right now (and I receive reports), there are pockets all over the country where the economy is wide open. People are ignoring government mandates. And they’re not wearing masks or distancing.

What about the political Left? They seem to want the COVID restrictions. They want to obey political dictates. They are willing to submit to governors’ edicts. They bow down and believe and accept the statements of public health officials as if they were written in stone.

What was written in stone, with a war just past, was the Constitution. And that law of the land has remained visible, despite all attempts to erase it.

“The summer soldier and the sunshine patriot will, in this crisis, shrink from the service of their country; but he that stands by it now, deserves the love and thanks of man and woman.” Thomas Paine, 1776.

Should we be sidetracked and tricked and bedeviled now, by these politicians and their official experts, we will find ourselves in a new world not of our making; surely not a world matching our desires.

Instead, we will be nothing more than units and numbers, organized to fit into slots, our labor harvested for purposes beyond our control, in a new normal no free human can tolerate.

We are being told to walk on a road that leads to that place.

As strong as the State seems, this is an illusion, because if enough of us refuse—millions of us—we will win. The State and its machinations will be exposed as just another tyranny, in a long line of tyrannies that fell and failed.

Be free. Live free. If there is Rescue From Above, isn’t it possible the Rescue is waiting to see, first, whether we show the courage that signals we will use that help?

Whether you believe the COVID operation was designed to wreak economic destruction, or whether the devastation was an offshoot managed and directed by lunatic politicians, the effect is the same—and the giant X painted across the Constitution is apparent to those who can see. We are living in a post-Constitutional America. That has been the case for a long time, but the violations are so egregious now, no one who is a patriot can look away without betraying his principles.

We are in a tunnel. We are carrying the light. Around us are sheep and doomsayers and hostile actors. They have redefined freedom in Orwellian terms to mean obedience. They now see privation and isolation as consecrations to a new cause: allegiance to a phantom germ.

That America could be brought down in such a preposterous way is evidence of how far this country has traveled from its origins. Its founding ideas.

Our enemies want to destroy those ideas. They attack them from all sides. They say justice never existed here, and they will bring it about now.

But all they know is destruction.

We will outflank them if we have the will.

So let us have the will.

“There is danger from all men. The only maxim of a free government ought to be to trust no man living with power to endanger the public liberty.” John Adams, 1772.

The night appears long, but we can end it.

We are the cure.

This is the war.