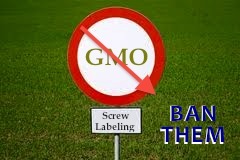 “According to evidence unearthed from the archives of the EPA (Environmental Protection Agency) in the United States, it has been established that Monsanto was fully aware of the potential of glyphosate [the primary ingredient in Roundup] to cause cancer in mammals as long ago as 1981…EPA was worried in 1981 that these indications were sinister, and at first declined to issue a NOEL (no observed adverse effect level) — it asked for further information and additional research. In its 1982 Addendum, Monsanto presented evidence that minimised the effects and confused the data — and on that basis EPA accepted that glyphosate was unlikely to be dangerous. But Monsanto knew that scrutiny of the data in the studies would potentially threaten its commercial ambitions, and so it asked for the research documents concerned to be withheld and treated as Trade Secrets. So there was no effective independent scrutiny. Monsanto and EPA connived in keeping these documents away from unbiased expert assessment, in spite of the evidence of harm. (It is clear that EPA was thinking about carcinogenic effects — it knew in 1981 that glyphosate caused tumorigenic growth and kidney disease but dismissed the finding as ‘a mystery…’ in order to set the NOEL [no observed adverse effect level] for the chemical and bring it to market.)” Sustainable Pulse, April 9, 2015, “Monsanto knew of glyphosate cancer link 35 years ago”

Now that the World Health Organization has just called Roundup a probable carcinogen, people in the natural health movement and other sane folk are issuing calls for a ban on the Monsanto herbicide.

Why not, kindly and gently and softly and weakly, insist that all food containing Roundup must be labeled, so the consumer can decide whether he wants to ingest this poison?

Isn’t that what the labeling movement has done with GMOs?

Confused? You should be.

Want to go deeper? Monsanto engineers food crops by inserting GMOs that specifically allow these crops to survive the spraying of toxic Roundup. Right? So label the GMOs but ban the Roundup.

Figure that one out.

How about this? In Maui County, where Monsanto and Dow are spraying all sorts of pesticides and fiddling with GMOs, just label everything and let the population rest secure in the knowledge that what’s making them sick has a label on it.

Coming at this from a slightly different angle, look around the Web for sites that amass huge amounts of data indicating that GMOs are harmful. Then take a second look at those websites and see how many of them, based on their knowledge, campaign relentlessly for the banning of GMOs—rather than merely insisting they should be labeled.

Long ago, the powers that be in the anti-GMO movement decided that campaigns dedicated to labeling GMOs were a great idea, from a PR and educational point of view. Wake up the consumer, bit by bit, step by step.

Then, when that job was complete (and a number of labeling ballot-initiatives had been launched in various states), switch horses and say, “Ban GMOs.”

To the powers that be in the GMO labeling movement, I have a suggestion.

Monsanto is quite vulnerable on this point. How can they continue to sell GMO seeds that necessitate the use of Roundup? That’s selling cancer.

All those years ago when the GMO labeling movement first took wing, the campaign, there and then, should have been, instead:

Now the watchword should be: “Monsanto has been poisoning us all these years with Roundup. They knew. They knew it was poison. And they did it anyway.”