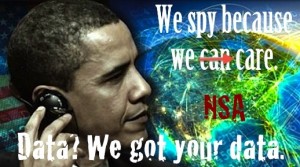 In recent articles, I’ve highlighted items from the latest WikiLeaks data-dump of CIA files. For example:

The CIA’s use of other nations’ hacking tools, in order to give the impression that, when the CIA hacks into secret areas, it looks like other nations did the hacking.

All this is SOP for the CIA and intelligence agencies around the world.

Naïve people are shocked that the CIA could have fabricated the whole “Russia hacked the US election” story. But this is what the CIA does. This is another day at the office.

On the other hand, Russian intelligence could have hacked (influenced) the US election. And to put a further twist on it, Russia could have made that move, anticipating that US intelligence would discover it and go public with it. And then Russia would covertly launch a planned campaign to ridicule the CIA for claiming such an “absurdity.”

During the Cold War, several important KGB spies defected to the US. The CIA then proceeded to vet them, to find out whether they were genuine, or were sent here to seed the CIA with disinformation. As you can imagine, the whole business developed severe problems.

For example: “All right, yes, the KGB sent me to America to confuse you. But now I’m telling you the truth. I’m giving you actual secrets. And I want to stay here. I don’t want to go home. If I go home, the KGB will vet me to see whether I actually gave you real secrets…”

CIA: “Maybe we can triple this Russian. He’s now on our side, we think. So we send him back, claiming we couldn’t get anything useful out of him. But now he’s ours. So we give him a bunch of lies to tell his bosses about us, the CIA…”

In the end, nobody on either side knows what’s going on. But they play the game anyway.

They rewrite history. They change sequences of events. They invent events that never happened. They blame people who don’t even exist. They present themselves as bumblers, to hide their more intelligent operations. They hold forums designed to show their work as superficial information-gathering, as if they were little more than a think-tank. They pretend to cooperate with Congress, while they spy on Congress.

Meanwhile, the press pretends to hold an innocent and respectful view of the CIA, dutifully reporting every piece of information that comes their way from the Agency. “Today, the CIA disclosed…” Disclosed? Or fabricated?

The CIA is perhaps the biggest fake news operation in the world. It exhales fake news as matter of course.

So naturally, it attracts men and women who have a bias in favor of fabricating. “Do you dream about lying with impunity? Contact our personnel office for employment opportunities.”

The old dictum, “garbage in, garbage out,” doesn’t apply to the Agency. The CIA is the Garbage Man for the known universe.

It’s rather astonishing, at this late date, that more people don’t get the con.

The CIA is a hustler operating a shell-game on a streetcorner. Except, lo and behold, all sorts of rubes are trying to jostle their way forward, to pay homage. And the cops are never going to show up to sweep the hustler away. The hustler is the cops.

“I was born to lie. But I always tell the truth. Trust me.”