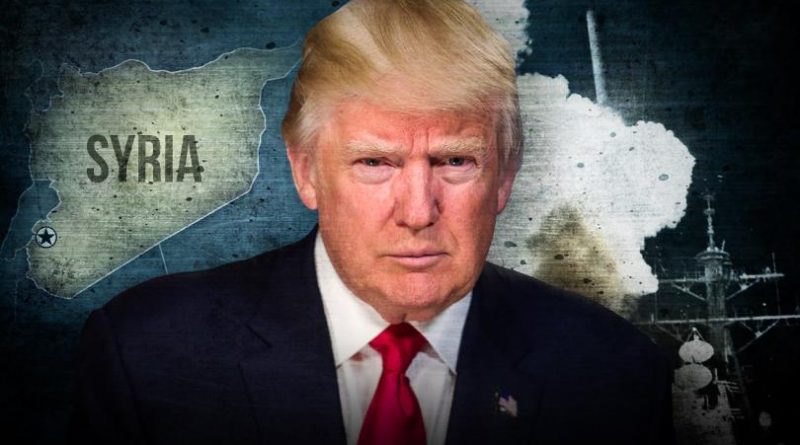 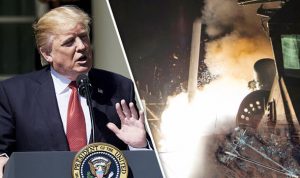 “Let’s see, US Deep State actors from intelligence agencies, the Pentagon, and the Department of State, along with US allies, played a MAJOR role in creating, funding, supplying, and sustaining ISIS, while purportedly doing everything possible to destroy ISIS. No problem. Why should there be a problem?” (The Underground, Jon Rappoport)

Trump and the Pentagon claim the strikes were based on clear evidence President Assad’s forces used chemical weapons on their own civilian citizens.

The Russians point out that international inspectors were due to investigate the chemical-weapons claims on Saturday—and their findings would have denied Assad chemical attacks took place—therefore, to prevent this embarrassment, the US-led missile attacks were launched one day earlier.

MEMORANDUM FOR: The President
FROM: Veteran Intelligence Professionals for Sanity
SUBJECT: Evidence Required for Military Decision on Syria

“We the undersigned Veteran Intelligence Professionals for Sanity join a number of other credible experts including former UK Ambassador to Syria, Peter Ford…former UN weapons inspectors and former military officers who are strongly recommending that you obtain and review actual evidence from the site of the alleged chemical attack in Douma, Syria, before ordering any military action. We have long brought to light significant evidence questioning the provenance of chemical weapons indicating that rebel forces may have tried to produce and use such toxic agents in Syria.”

“The main question that arises is, ‘What motive would the Syrian government have to attack its own people when it is enjoying popular support for routing anti-government rebels? Why would it risk Western ire?’…”

Attacks and wars initiated by governments aren’t prefaced by detailed evidence made available to the people. Presenting the whole story isn’t necessary, as far as governments are concerned.

Many Trump supporters aren’t buying the package. They believed Trump when he said the US was going to abandon empire-building and leave foreign nations alone and let them settle their own conflicts.

Now, a number of theories abound. Trump was duped by the military-industrial complex. Trump was never serious about refraining from launching military attacks. Trump is compromising now, but he has a further secret strategy in mind, a brilliant strategy against the Deep State. Trump is bowing to the Globalists, who want to continue destabilizing the Middle East. Trump is actually carrying out an Israeli (and/or Saudi) agenda. Attacking Syria is part of a US, British, and French plan involving access to oil in the region. Trump is pretending to step up his opposition to Russia (Assad’s ally), to prove he isn’t soft on Russia, to deflate the ferocious assault on him vis-à-vis the “Russia influenced the election” claim, to deflect Robert Mueller’s ongoing investigation. Trump wants to improve his poll numbers, which always rise for any president in a time of war. Trump has no idea what he’s doing. And so forth and so on.

There is no will, no determination, no desire, within the US government colossus, to be responsive to the wishes of the American people, when it comes to making war. There is no felt need to explain why war is necessary, in very specific terms that can be verified or rejected. There is no need to wait until evidence is thoroughly investigated.

This is nothing new. Trump is no exception.

Since 1998, how many Americans knew about, cared, responded, or tried to investigate US Tomahawk Cruise missiles launched at Iraq, Afghanistan, Yugoslavia, Libya, Syria, Sudan, Bosnia & Herzegovina? And these attacks don’t include the recent history of untold numbers of drone strikes.

“Article I, Section 8, Clause 11 of the U.S. Constitution grants Congress the power to declare war. The President, meanwhile, derives the power to direct the military after a Congressional declaration of war from Article II, Section 2, which names the President Commander-in-Chief of the armed forces.” (Wex Legal Dictionary)

Presidents, of course, have wormed and weaseled their way around these strictures by calling war “police actions” or “single attacks.”

And now we have this missile attack on Syria, purportedly launched to knock out chemical-weapons facilities.

This is a classic Orwellian operation: The enemy is who we are told the enemy is, and he will remain the enemy as long as our leaders say he is.

Images sent our way are described by official voice-over and given meaning, which we are supposed to accept without question.

The “good forces” opposing the enemy in Syria are named the “rebels,” instead of ISIS terrorists our leaders helped create. This, too, we are supposed to accept.

But wait. According to The Intercept, “So while over 80 members of Congress wrote to Trump on Friday night stating that ‘engaging our military in Syria … without prior congressional authorization would violate the separation of powers that is clearly delineated in the Constitution,’ their action has no impact.”

It gets stranger. The Intercept: “Trump almost certainly does have some purported legal justification provided to him by the Justice Department’s Office of Legal Counsel [OLC] — but no one else, including Congress, can read it.”

“The Office of Legal Counsel is often called the Supreme Court of the executive branch, providing opinions on how the president and government agencies should interpret the law.”

“We know that Trump received a top secret OLC opinion justifying the previous U.S. strike on Syria on April 6, 2017. Friday’s bombing undoubtedly relied on the same memo or one with similar reasoning.”

The US Justice Department is “its own judiciary.” And its legal justifications for green lighting military attacks are secret.

Former long-term US Congressman and presidential candidate, Ron Paul, did much to stir up the American people with libertarian ideas and proposals, and, in the process, large numbers of Americans eventually went over to Trump’s side, believing he was the reincarnation of Paul’s positions—but with a much better reach into the heartland of the country.

Read what Paul wrote on October 2, 2017, and compare it with Trump’s present stance. Paul: “Now that the defeat of ISIS in Syria appears imminent, with the Syrian army clearing out some of the last ISIS strongholds in the east, Washington’s interventionists are searching for new excuses to maintain the illegal US military presence in the country. Their original rationale for intervention has long been exposed as another lie.”

“Remember that President Barack Obama initially involved the US military in Iraq and Syria to ‘prevent genocide’ of the Yazidis and promised the operation would not drift into US ‘boots on the ground.’ That was three years ago and the US military became steadily more involved while Congress continued to dodge its Constitutional obligations. The US even built military bases in Syria despite having no permission to do so! Imagine if Syria started building military bases here in the US against our wishes.”

“After six years of war the Syrian government has nearly defeated ISIS and al-Qaeda and the US-backed ‘moderates’ [‘rebels’] turned out to be either Islamist extremists or Kurdish soldiers for hire. According to a recent report, the US has shipped two billion dollars worth of weapons to fighters in Syria via eastern Europe. Much of these weapons ended up in the hands of ISIS directly, or indirectly through ‘moderates’ taking their weapons with them while joining ISIS or al-Qaeda.”

“’Assad must go’,” proclaimed President Obama back in 2011, as he claimed that the Syrian leader was committing genocide against his own people and that regime change was the only way to save Syrians. Then earlier this year, when eastern Aleppo was about to be liberated by the Syrian government, the neocons warned that Assad would move in and kill all the inhabitants. They warned that the population of eastern Aleppo would flee from the Syrian army. But something very different happened. According to the UN’s International Organization for Migration, 600,000 refugees returned to Syria by August. Half of the returnees went back to Aleppo, where we were told Assad was waiting to kill them.”

“What happened? The neocons and ‘humanitarian interventionists’ lied. Just as they lied about Libya, Iraq, and so on.”

If Trump is sounding like Ron Paul on the issue of Syria, an elephant is a space ship.