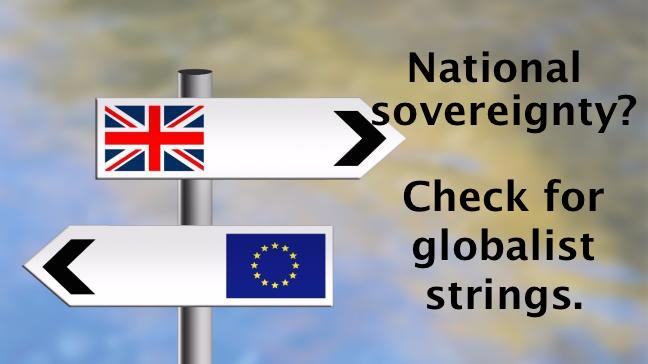 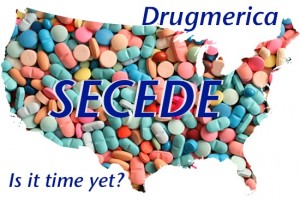 “There is a line that governments cross. When they reach a certain size, and when they are exerting enough control, they turn around and tell their citizens, ‘We love you and we care about you and we help you. In return, all we ask is that you do whatever we tell you to do, no matter what the consequences are. That’s fair, isn’t it?’” (The Underground, Jon Rappoport)

Here is a piece I wrote in March of 2017. It was prompted by an outburst from European Union (EU) boss, Jean-Claude Juncker. “The Junk Man” is quite a piece of work. To put it nicely and politely, he’s an unelected gas bag:

The Express (March 30, 2017): “European Union boss Jean-Claude Juncker this afternoon issued a jaw-dropping threat to the United States, saying he could campaign to break up the country in revenge for Donald Trump’s supportive comments about Brexit.”

“In an extraordinary speech the EU Commission president said he would push for Ohio and Texas to split from the rest of America if the Republican president does not change his tune and become more supportive of the EU.”

You unfathomable twit, we love you! Come to America soon and help a few of our states secede from the US.

Our country is far too big. The federal government is a titanic engorged bureaucracy. The idea of a limited Republic is dead. The people are too distant from their ruling government—exactly the situation in which the people of Europe find themselves, with their unelected swollen overseers—of which you are the present leader.

You and your cronies and minions make the laws, and there is no recourse.

You’re a useless barnacle on the European continent. So come here and help Texas and Ohio secede. It’ll be a party. You might learn something.

I would suggest you begin with California. The state government presently has $440 billion in debt and unfunded liabilities stretching into the future. Perhaps you could help California cancel the unsolvable problem. “We’re free! We don’t owe anybody anything! It was all an illusion.”

Perhaps you could convince the new nation of California to take in 30 or 40 million more immigrants. “New citizens are good for the economy.” You know, use the same tactics you’re using in Europe. Prosecute anyone who speaks out against immigration. People need repressive fascism. It’s good for them.

I suggest New York City and Chicago should become countries. Why not? They’re big enough. Let them rise and fall on their own. That would be a sight to see. Chicago is the major trafficking hub for Sinaloa Cartel drugs. Chicago could come right out in the open and announce itself as Heroin Cocaine Central. “These are our products! This is what we sell! This is how we thrive!” New York is the world center for News. “Buy our fake stories! They’re limitless!”

Here’s another strategy you could promote. Link all 300 US sanctuary cities and colleges together as one nation. “We want to be the home for EVERYBODY from EVERYWHERE.” I think some kind of theocracy would work for this emerging nation. A Pope who favors infinite kindness. Citizens would be income-taxed at a rate of 80% to fund the grand altruistic program. Hollywood celebs would be appointed cardinals and bishops.

But here is a dire prediction. Somewhere along the line, as you carry out your plan for secessions, a US state that becomes a nation is going to pop up with a truly dangerous idea: SELF-SUFFICIENCY.

O the horror. That state is going to turn down all outside funding. It’s going to institute a robust free market, in which anyone can sell any non-harmful product or service, absent red tape. For example—a hundred different forms of natural-health treatments. On the other hand, a company that pollutes the landscape with poisonous chemicals and doesn’t immediately fix the problem will see its executives sent to prison for long terms. The people of this state will do their best to produce what they need from inside their own borders. Speaking of which, the state will do its best to keep out people who refuse to subscribe to hard work, earning their own way, and free speech. No political correctness. No triggering. No safe spaces. No need for them.

This could be your Waterloo, Jean-Claude. Suddenly, that state (a new nation) would be setting a shining example for other emerging nations to follow.

People would wake up to the life they’ve always wanted.

Wouldn’t it be interesting to watch you try to put that genie back in the bottle? You, the great defender of top-down arbitrary rule by Globalists. You, the entitled buffoon, who wants One Europe. You, the arrogant parasite on your throne.

Come to the US, Jean-Claude. We need many new Republics springing up across the land. Help us.

Liberate the buried spirit of America.

Well, perhaps not. You’re dedicated to the Big Bloat. In your gluttonous mind, the citizenry is suffering from a deficiency of bureaucracy, and you’re the prescribing doctor.

The EU employs 46,000 people. My God, that’s not nearly enough, even though each member nation already has its own federal government. Here’s an idea. Automatically make every migrant who comes to Europe an EU employee. What would they do? Promote and facilitate more immigration! Perfect!

Anyway, we’re waiting for you to come to America and help states secede from the Union. I’m ready to provide you with talking points. But first, I suggest you read an old dusty document called the US Constitution. You’ll find a trove of ideas there for newly minted nations like California and Texas.

If you really want to push a subversive destructive agenda in the US, and raise the ire of our federal government, wave the Constitution around and start citing sections of its corrosive doctrines. You’ll cause a great deal of trouble, I guarantee it.

You’ll probably land in jail. But we’ll back you. We’ll make you a hero.

And when they shut down your budding Twitter account and You Tube Channel, we’ll take to the streets!