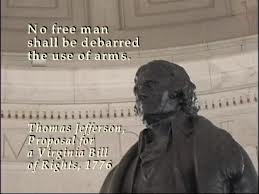 He paced the floor and scratched his chin.  He went to his desk and made a few notes on a legal pad.

Obama thought about it and finally came up with a really good reason to own a gun: “hunting and shooting are part of a cherished national heritage.”

Glad he cleared that one up.

Expecting the president of the United States to say the 2nd Amendment is there to protect citizens against an oppressive government is like expecting Dick Cheney to put himself in jail for shooting his friend in the face with a shotgun.

The president of the United States perfectly represents the oppressive government that the Constitution was shaped to avoid.

If you want to know why the Constitution is no longer studied in school, look no further than the previous sentence.

A twelve-year old reads the Constitution, stands up in class and says, “It seems like this document was written to prevent the kind of government we have now.”

“Careful, kid, that could be interpreted as a terrorist remark.  Let me call DHS and check on it.” 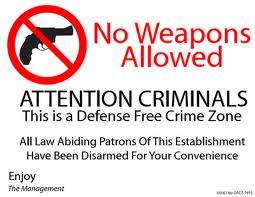 So, for example, and I know this is a ridiculous example, because it would never happen, but if you were sitting in a movie theater and three people came in with guns and started shooting up the place, you could protect your body by removing your gun from your holster and shooting back.

If someone from the government came to your house and told you you had to have your children vaccinated, or you had to allow your daughter to have chemotherapy with a drug that could burn the paint off a car, you could show that person your gun.  Your neighbors, hearing of this problem, could arrive with their guns, too, just to remind the government representative what the term “limited powers” means.

While holding your gun, you could explain that “we are not in this all together,” that every citizen has the right to choose what to do with his property.

In a similar situation, and again this would never happen, suppose you were collecting rainwater in big barrels on your property, and a brain-damaged government employee dropped by and told you this was an illegal act.  Suppose your rational explanation didn’t work, didn’t penetrate at all.  You could remove your gun from your holster and display it, to emphasize your point.

Or suppose you were growing lots of food on your front lawn, or your child was selling lemonade on that same lawn, or, God forbid, you were smoking, or smoking marijuana, on your porch, or you were studying the Bible with friends in your house, or you were building a second house on your land, or you were baking cookies and selling them to your neighbors, or you were putting up a windmill, or your 11-year-old son was driving your car up and down the driveway, or you were administering herbs to a friend with cancer by mutual agreement and with informed consent, or you were digging a well, or you were flying a large American flag from a pole, or you were burying your dead dog, or your daughter was jumping on a trampoline without a helmet, or you were standing on your front walk filming the police as they were taking to your next-door neighbor…

And suppose you received a visit from a government employee telling you you couldn’t do these things, and the employee told you you could be arrested.  You might display your weapon and your neighbors might suddenly show up with their weapons, just to educate the employee about the meaning of the 2nd Amendment.

This is just a fantasy, and it would never happen, but suppose the president of the United States declared war on a nation without the consent of Congress, or the power to create money was shifted from Congress to a group of private banks posing as government agents, and then suppose a few million Americans showed up in Washington with their guns and pointed out that these acts explicitly violated the Constitution.

This next one is so far out it could be called a nightmare, and of course it could never happen.  But suppose there was a federal agency that was responsible for certifying all medicines as safe and effective before they were released for public use, and suppose that every year, like clockwork, these medicines were killing 100,000 Americans, and suppose the government agency responsible for arresting the government employees who were allowing the killer drugs to be foisted on the public wasn’t arresting them.  Then, too, I suppose some waving of guns would be in order, as a prompt to fix the problem.

And suppose the government wasn’t just the government, but regularly colluded with giant corporations to steal from, trample on, and roll over millions of citizens on an ongoing basis.  There, too, some education would be in order, especially, for example, if the government and a few corporations were cooperating to ensure nutritionally-deficient genetically modified food monopolized the nation’s food supply.  The display of many weapons could restrain this cartel.

If government were using billions of dollars to watch, record, and analyze all citizen movements and communications with each other, this, too, would call for citizens to educate government.

There are people who agree with many of these charges against government, and yet, at the same time, they love government enough to want it to hold—along with thugs and criminals—all the guns in the country.  That’s a lot of love.

“We know you’re basically evil, Daddy Government, but we love and trust you enough to give you all our guns.”

And in return, the government says, “We appreciate your confidence, but just in case you have a scintilla of doubt or hesitation, we’re going to sell weapons to heinous murderers south of our border and then blame gun shops for the resultant killings, to prove that all private citizens should be weaponless.”

Now you might think I’m offering a solution (guns in private hands) that can’t offset or diminish the problems this bloated government is causing us, because those problems and the sheer force of government are too great to be moved aside by people who own weapons.

If this is what you think, then (a) isn’t that proof the intent of the Constitution has really gone to hell in a handbasket, and b) is that a reason to just lie down and hand over your right to self-defense?

Actually, when all the guns are taken, there will be no private citizens.  “Private” implies the ability to protect life, property, and person from the government and other criminals.

On that weaponless day, we’ll all be sitting in a theater when the masked agents of the state come through the doors with their armament.