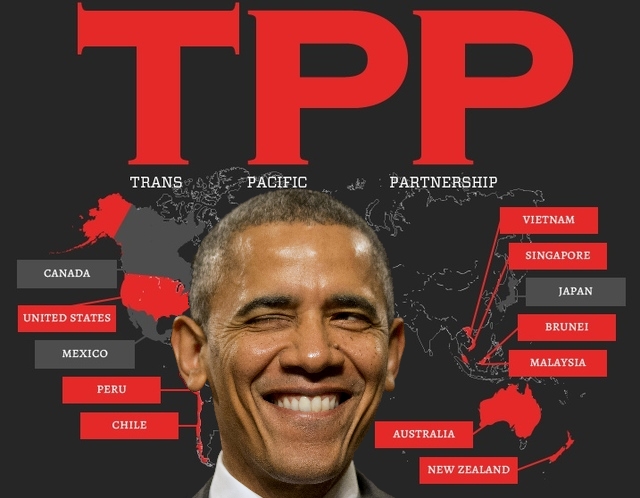 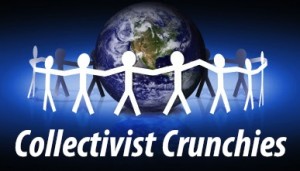 April 11, 2017 NoMoreFakeNews.com There is a direct line from Adam Weishaupt’s secret society, the Illuminati, which he formed in Bavaria in 1776, to Karl Marx, and onward to the modern Globalist agenda.

One of the key shared ideas: the abolition of private property.

Many people hold a negative view of Weishaupt, the Illuminati, and especially Marx, and so it fell to Globalists to couch their ideas about property in more acceptable terms.

That feat (one of many attempted) was expressed, in 1976, by Carla Hills, US Trade Representative and a key member of the Rockefeller Trilateral Commission. Hills is credited as the principal architect of the Globalist NAFTA Treaty, which has destructively affected the US and Mexican economies.

Patrick Wood, author of the classic, Technocracy Rising, unearthed Hills’ brief statement on private property. I’ve broken it up into three parts, so I can comment after each mind-bending point.

Carla Hills: “Land, because of its unique nature and the crucial role it plays in human settlements, cannot be treated as an ordinary asset, controlled by individuals and subject to the pressures and inefficiencies of the market.”

Her use of the term “human settlements” is curious, as is her reference to “crucial role it [land] plays.” Is she trying to take us back to an ancient period in human history, when people were first abandoning nomadic existence and turning to agriculture and fixed communities? It appears so. She wants us to think of land in terms of “oh, look, we can stop wandering and live here, and this space of soil will play ‘a crucial role’ in our future.” It’s been centuries since private ownership of land became a reality. But Hills doesn’t like acknowledging that. And through her use of “human settlements,” she also wants us to believe that the ancient concept of an entire community moving on to land to live is the only valid view. An individual staking a claim to land or buying it is verboten. It’s a corruption of the natural order. I assume Hills wasn’t living on a kibbutz or in a commune when she wrote her statement, but we’ll leave that problem for another time.

Hills asserts that private ownership of property isn’t ordinary and can’t be thought of that way. Individuals shouldn’t “control it.” And the free market causes problems. Well, of course, the free market causes problems, if you assume that no one should own more land than anyone else. And yes, private ownership, based on hard work, is inefficient, if that means some super-government can’t take land away “for the public good.”

Hills stops short of saying government should own all land, but that’s where she’s going.

She continues: “Private land ownership is also a principal instrument of accumulation and concentration of wealth and therefore contributes to social injustice; if unchecked, it may become a major obstacle in the planning and implementation of development schemes.”

Social injustice, that familiar theme. Some people might own more land than others. That’s not right. That’s unjust. There should be no reward for hard work and intelligence. No. Instead, there is only planning from above. The wise demi-golds, who have our best interests at heart, can decide all the uses to which land is put. They can own huge tracts of land themselves, because they are gods. But the rest of us must submit to the development schemes they lay out. Only bitter clingers, who actually work for a living and strive and make their own way in the world, believe in private property. They’re for social injustice. They don’t want to give way to Greater Sharing.

Finally, Hills states: “Social justice, urban renewal and development, the provision of decent dwellings and healthy conditions for the people can only be achieved if land is used in the interests of society as a whole.”

Kinder and gentler vision. Just launch a plan to give EVERYONE a decent dwelling and healthy conditions. That’s how land should be used and thought of. No more private property. EVERYONE, of course, includes people (in unlimited numbers—no ceiling) who come here from anywhere in the world. And they come because here they get justice. They should get free housing. They should get “healthy conditions.” No problem. Everyone gets a 20-foot by 20-foot square box to live in.

What could go wrong?

Carla Hills is couching her statement to avoid the heavy philosophy and militant threat and totalitarian thrust of the Illuminati and Marx, but she’s on the same page. She’s “sustainable” and “green” and “kind” and “thoughtful” and “caring.” She’s perfect for self-styled liberals and the virtue-signaling Clueless.

She’s part of the tradition that wants to take down the individual spirit and stuff it in the collective.

I know many people (and I’m sure you do, too) who have worked hard, bought land, built a home, raised children, who would nevertheless applaud Carla Hills’ statement. They’ve succeeded in compartmentalizing their minds. It never occurs to them that if the Globalist dream came true, they would wake up one day with their homes and property ripped out from under them. If they think about it at all, they think they can have it both ways. They can continue to live as they’ve been living, but somehow, at the same time, social justice will be served.

They’re in a dream. It’s so pretty.

There is no iron hand, no Lenin, no Marx, no Stalin. All 400 million or so people in the US have lovely little free cottages nestled in valleys, and it’s spring, and the trees are flowering.

Down a country road, in his wheelchair, comes arch-Globalist George Soros, cackling and humming and talking on the phone to his broker. He’s flanked by bodyguards. Perched on nearby hills, snipers are in position, just in case a threat develops.