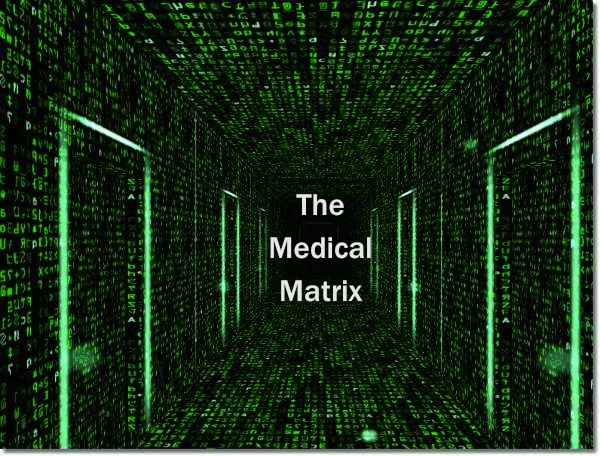 —Some of the greatest illusions are sitting out in the open. They are bypassed for two reasons. People refuse to believe they are illusions, despite the abundant evidence; and the professionals dedicated to upholding the illusions continue their work as if nothing at all has been exposed.

Medical journalists in the mainstream rely completely on studies published in prestigious journals.

This the rock. This is the science.

This is also the source of doctors’ authoritarian and arrogant advice to patients.

Well, that wraps it up. Nothing else to prove. The studies in the journals are the final word.

Medical reporters base their entire careers on these published reports.

But what if higher authorities contradicted all these studies? What if they scrutinized more studies than any reporter or doctor possibly could…and came to a shocking and opposite conclusion?

This very thing has happened. And the conclusions have been published. But medical reporters ignore them and go their merry way, as if a vast pillar of modern medicine is still intact…when it isn’t, when it has been decimated.

Let us begin with a statement made by Dr. Marcia Angell, the former editor of The New England Journal of Medicine, perhaps the most prestigious medical journal in the world—a journal that routinely vets and prints thousands of medical studies:

“It is simply no longer possible to believe much of the clinical research that is published, or to rely on the judgment of trusted physicians or authoritative medical guidelines. I take no pleasure in this conclusion, which I reached slowly and reluctantly over my two decades as an editor of The New England Journal of Medicine.” —Marcia Angell, MD, The New York Review of Books, January 15, 2009

You might want to read that statement several times, to savor its full impact. Then proceed to this next one, penned by the editor of The Lancet, another elite and time-honored medical journal that publishes medical studies:

“The case against science is straightforward: much of the scientific literature, perhaps half, may simply be untrue. Afflicted by studies with small sample sizes, tiny effects, invalid exploratory analyses, and flagrant conflicts of interest, together with an obsession for pursuing fashionable trends of dubious importance, science has taken a turn towards darkness…

“The apparent endemicity of bad research behaviour is alarming. In their quest for telling a compelling story, scientists too often sculpt data to fit their preferred theory of the world. Or they retrofit hypotheses to fit their data. Journal editors deserve their fair share of criticism too. We aid and abet the worst behaviours. Our acquiescence to the impact factor fuels an unhealthy competition to win a place in a select few journals. Our love of ‘significance’ pollutes the literature with many a statistical fairy-tale…Journals are not the only miscreants. Universities are in a perpetual struggle for money and talent…”

Still standing? Here are several more statements. They are devastating.

“Six years ago, John Ioannidis, a professor of epidemiology at the University of Ioannina School of Medicine in Greece, found that nearly half of published articles in scientific journals contained findings that were false, in the sense that independent researchers couldn’t replicate them. The problem is particularly widespread in medical research, where peer-reviewed articles in medical journals can be crucial in influencing multimillion- and sometimes multibillion-dollar spending decisions. It would be surprising if conflicts of interest did not sometimes compromise editorial neutrality, and in the case of medical research, the sources of bias are obvious. Most medical journals receive half or more of their income from pharmaceutical company advertising and reprint orders, and dozens of others [journals] are owned by companies like Wolters Kluwer, a medical publisher that also provides marketing services to the pharmaceutical industry.”

Here’s another quote from the same article:

“The FDA also relies increasingly upon fees and other payments from the pharmaceutical companies whose products the agency is supposed to regulate. This could contribute to the growing number of scandals in which the dangers of widely prescribed drugs have been discovered too late. Last year, GlaxoSmithKline’s diabetes drug Avandia was linked to thousands of heart attacks, and earlier in the decade, the company’s antidepressant Paxil was discovered to exacerbate the risk of suicide in young people. Merck’s painkiller Vioxx was also linked to thousands of heart disease deaths. In each case, the scientific literature gave little hint of these dangers. The companies have agreed to pay settlements in class action lawsuits amounting to far less than the profits the drugs earned on the market. These precedents could be creating incentives for reduced vigilance concerning the side effects of prescription drugs in general.”

Also from the NY Review of Books, here are two more quotes from Marcia Angell, former editor-in-chief of The New England Journal of Medicine (“Drug Companies and Doctors: A Story of Corruption”):

“Consider the clinical trials by which drugs are tested in human subjects. Before a new drug can enter the market, its manufacturer must sponsor clinical trials to show the Food and Drug Administration that the drug is safe and effective, usually as compared with a placebo or dummy pill. The results of all the (there may be many) are submitted to the FDA, and if one or two trials are positive—that is, they show effectiveness without serious risk—the drug is usually approved, even if all the other trials are negative.”

Here is another Angell statement:

“In view of this control and the conflicts of interest that permeate the enterprise, it is not surprising that industry-sponsored trials published in medical journals consistently favor sponsors’ drugs—largely because negative results are not published, positive results are repeatedly published in slightly different forms, and a positive spin is put on even negative results. A review of seventy-four clinical trials of antidepressants, for example, found that thirty-seven of thirty-eight positive studies were published. But of the thirty-six negative studies, thirty-three were either not published or published in a form that conveyed a positive outcome.”

If you have the patience to read and re-read these statements, you’ll see they are marking out a scandal of scandals—the entirety of medical literature is a pipeline for deep fraud.

Citing with confidence a study on a drug, for example, would carry no more weight than an article about a celebrity in a gossip rag.

But medical reporters must pretend their sources are correct. It’s their job. If they reject published studies, they have nothing left—except to expose the giant scandal I’m outlining in this article. Biting the hand that feeds them would put them out of work. They’d end up writing about picnics for some local paper—if they were lucky.

However, that’s not my problem or yours. It’s theirs. They chose their profession.

We can settle on the truth. We can even spread it.