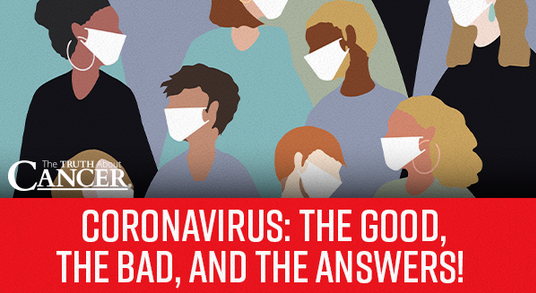 I’m not surprised at what I’ve found. I could offer MANY reasons for my lack of surprise. In this article, I’ll just cite one reason. A prior case with similar features.

That case is astonishing because: it was exposed in the mainstream press; many alternative news outlets failed to recognize the implications; most independent reporters have rarely, if ever, mentioned the scandal.

It’s as if there is a fear of facing up to fraud beyond a certain level of “acceptability.”

“Yes, we can expose this fraud and that one, but the other one over THERE…don’t touch it. It’s too hot, it’s too big. Let’s pretend it didn’t happen. Let’s gloss over it and move on to other things…”

And with that, I take you back to the summer of 2009. The world was agog with a pandemic called Swine Flu, caused by the H1N1 virus.

The CDC was reporting thousands of cases in America. A new vaccine had been rushed into production.

But behind the curtain, something was wrong. Actually, the CDC had STOPPED counting cases. How could that be? The agency’s main task was reporting illness and death numbers. And in the wake of their stoppage, how could the CDC claim to know there were thousands of Swine Flu cases in the US?

These questions intrigued a star investigative reporter at CBS, Sharyl Attkisson. She dug in and found out why the CDC had stopped counting cases.

Here, from an interview I conducted with her, several years ago, is her explanation:

Rappoport: In 2009, you spearheaded coverage of the so-called Swine Flu pandemic. You discovered that, in the summer of 2009, the Centers for Disease Control, ignoring their federal mandate, [secretly] stopped counting Swine Flu cases in America. Yet they continued to stir up fear about the “pandemic,” without having any real measure of its impact. Wasn’t that another investigation of yours that was shut down? Wasn’t there more to find out?

Attkisson: The implications of the story were even worse than that. We discovered through our FOI efforts that before the CDC mysteriously stopped counting Swine Flu cases, they had learned that almost none of the cases they had counted as Swine Flu was, in fact, Swine Flu or any sort of flu at all! The interest in the story from one [CBS] executive was very enthusiastic. He said it was “the most original story” he’d seen on the whole Swine Flu epidemic. But others pushed to stop it [after it was published on the CBS News website [9]] and, in the end, no [CBS television news] broadcast wanted to touch it. We aired numerous stories pumping up the idea of an epidemic, but not the one that would shed original, new light on all the hype. It was fair, accurate, legally approved and a heck of a story. With the CDC keeping the true Swine Flu stats secret, it meant that many in the public took and gave their children an experimental vaccine that may not have been necessary.

The routine lab testing of tissue samples from the most likely Swine Flu patients was coming back, in the overwhelming percentage of cases, with: NO SIGN OF SWINE FLU OR ANY OTHER KIND OF FLU.

Attkisson’s article about this scandal, published on the CBS News website, languished there. The next, bigger step—putting out the story on CBS television news—was waylaid. No deal. And CBS shut down any future investigation on the subject. Attkisson’s article died on the vine. No other major news outlet in the world picked up her article and ran with it deeper into the rabbit hole.

Those test samples from “Swine Flu patients” were being analyzed at state labs all over the country. The analysis was looking for the H1N1 virus, the purported cause of Swine Flu. Whatever the types of lab tests being done, they were coming back negative.

In other words, the virus wasn’t there. It was missing.

The whole pandemic, in the US, was resting on a virus that was absent.

There are important differences between the Swine Flu and COVID debacles. But you get the idea. Where is the virus?

There are punch lines to the Swine Flu story. One of them is: mainstream molecular biologists, geneticists, infectious disease specialists, and public health experts were not deterred in the slightest by Sharyl Attkisson’s revelations. These professionals did not go back to the drawing board. They did not question their own methods. They never questioned their ability to discover or isolate a new virus. They remained unshakable in their biases.

Here’s another clue. About three weeks after Attkisson’s article was published by CBS, the CDC—the agency Attkisson had exposed—decided to double down and tell a new fantastic lie.

22 MILLION cases. Based on nothing. Based on a virus that wasn’t there.