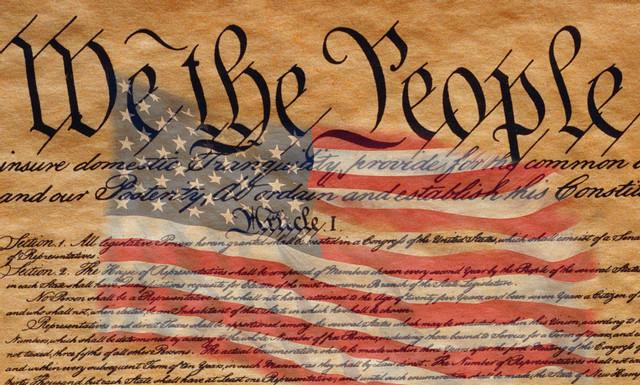 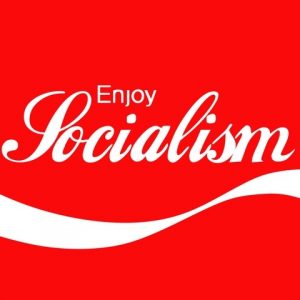 Socialism for the good of all, sponsored by “the people?”

Please. If you buy that one, I have beachfront condos for sale on the dark side of the moon.

I continue to expose the expansion of socialism—“the revolution by and for the masses,” which is in fact a plot of ultra-rich monopolists.

Echoing across 45 years, here is an excerpt from Gary Allen’s 1971 classic, “None Dare Call It Conspiracy”:

“What we are witnessing is the Communist tactic of pressure from above and pressure from below, described by Communist historian Jan Kozak as the device used by the Reds to capture control of Czecho-Slovakia. The pressure from above comes from secret, ostensibly respectable Comrades in the government and Establishment, forming, with the radicalized mobs in the streets below, a giant pincer around middle-class society. The street rioters are pawns, shills, puppets, and dupes for an oligarchy of elitist conspirators working above to turn America’s limited government into an unlimited government with total control over our lives and property.”

“The American middle class is being squeezed to death by a vise…In the streets we have avowed revolutionary groups such as the Students for a Democratic Society (which was started by the League for Industrial Democracy, a group with strong C.F.R. ties), the Black Panthers, the Yippies, the Young Socialist Alliance. These groups chant that if we don’t ‘change’ America, we will lose it. ‘Change’ is a word we hear over and over. By ‘change’ these groups mean Socialism. Virtually all members of these groups sincerely believe that they are fighting the Establishment. In reality they are an indispensable ally of the Establishment in fastening Socialism on all of us. The naive radicals think that under Socialism the ‘people’ will run everything. Actually, it will be a clique of Insiders in total control, consolidating and controlling all wealth. That is why these schoolboy Lenins and teenage Trotskys are allowed to roam free and are practically never arrested or prosecuted. They are protected. If the Establishment wanted the revolutionaries stopped, how long do you think they would be tolerated?”

“Instead, we find that most of these radicals are the recipients of largesse from major foundations or are receiving money from the government through the War on Poverty. The Rothschild-Rockefeller-C.F.R. [Council on Foreign Relations] Insiders at the top ‘surrender to the demands’ for Socialism from the mobs below. The radicals are doing the work of those whom they hate the most.”

“Remember Bakunin’s charge that Marx’ followers had one foot in the bank and the other in the Socialist movement.”

“THAT IS THE STRATEGY. THE LANDSCAPE/ PAINTERS FOCUS YOUR ATTENTION ON THE KIDS IN THE STREET WHILE THE REAL DANGER IS FROM ABOVE.”

“As Frank Capell recently observed in The Review Of The News:”

“The poor are merely pawns in the game…only those who understand that the Establishment’s game plan is SOCIALISM understand what is going on before their very eyes.”

Does that excerpt from “None Dare Call It Conspiracy,” written in 1971, sound familiar today? Of course it does. It reflects the same old strategy of pressure applied from both the top and bottom. The squeeze play.

The super-rich monopolists pretend to “bow to the socialist wishes” of the underclass and the protestors and the rioters.

Don’t get caught in the word game which confuses Communism, Socialism, the Corporate State, Fascism, and Crony Capitalism.

When you put all these terms through the wash, they come out looking the same. They mean power at the top, disguised to appear as popular movements.

“None Dare Call It Conspiracy” describes the dark alliances that congeal in the ubiquitous Rockefeller Council on Foreign Relations, a group whose goal is a new international order, a Globalist society:

“Today [1971] the C.F.R. remains active in working toward its final goal of a government over all the world—a government which the Insiders and their allies will control.”

Here is the kicker:

“Also in the C.F.R. are men from such openly Leftist organizations as the Fabian Socialist Americans for Democratic Action, the avowedly Socialist League for Industrial Democracy—(formerly the Intercollegiate Socialist Society), and the United World Federalists which openly advocates world government with the Communists. Such devotedly Socialist labor leaders as the late Walter Reuther, David Dubinsky and Jay Lovestone have also been members of the C.F.R. In theory, these men and organizations are supposed to be the blood enemies of the banks and businesses listed above. Yet they all belong to the same lodge. You can see why that fact is not advertised.”

But of course, they’re also the messiahs bringing a happy and glorious future to the downtrodden, to “the people.”

If you buy that one, I’ll not only sell you beachfront condos on the dark side of the moon, I’ll sell you the whole moon. No money down. Easy terms.

So easy, when the balloon payment comes due, you won’t know what hit you.

At that point, you’ll need to sign your property and liberty and life away.

For the greater good, of course.

In a socialist system.