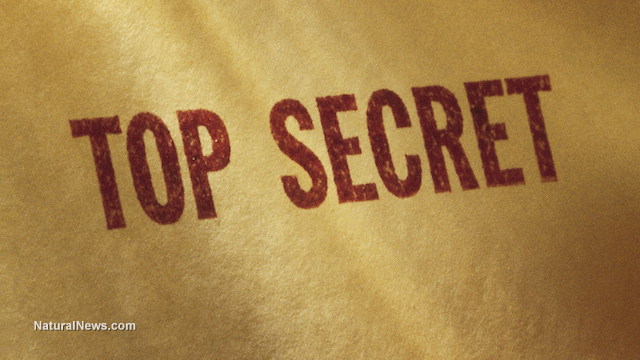 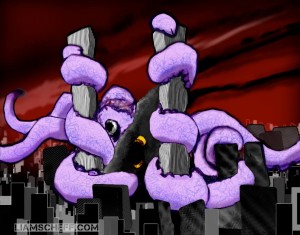 Note: I have many new readers, and they have not read this article of mine, which I first posted several years ago. Here it is—

Who is in charge of destroying economies?

One group has been virtually forgotten. Its influence is enormous. It has existed since 1973.

Keep in mind that the original stated goal of the TC was to create “a new international economic order.”

In 1969, four years before birthing the TC with David Rockefeller, Zbigniew Brzezinski wrote: “[The] nation state as a fundamental unit of man’s organized life has ceased to be the principal creative force. International banks and multinational corporations are acting and planning in terms that are far in advance of the political concepts of the nation state.”

Any doubt on the question of TC goals is answered by David Rockefeller himself, the founder of the TC, in his Memoirs (2003): “Some even believe we are part of a secret cabal working against the best interests of the United States, characterizing my family and me as ‘internationalists’ and of conspiring with others around the world to build a more integrated global political and economic structure—one world, if you will. If that is the charge, I stand guilty, and I am proud of it.”

Patrick Wood, author of Trilaterals Over Washington, points out there are only 87 members of the Trilateral Commission who live in America. Obama appointed eleven of them to posts in his administration.

The conversation was public knowledge at the time.

Anyone who was anyone in Washington politics, in media, in think-tanks, had access to it. Understood its meaning.

But no one shouted from the rooftops. No one used the conversation to force a scandal. No one protested loudly.

The conversation revealed that the entire basis of the US Constitution had been torpedoed, that the people who were running US national policy (which includes trade treaties) were agents of an elite shadow group. No question about it.

And yet: official silence. Media silence. The Dept. of Justice made no moves, Congress undertook no serious inquiries, and the President, Jimmy Carter, issued no statements. Carter was himself an agent of the Trilateral Commission in the White House. He had been plucked from obscurity by David Rockefeller, and through elite TC press connections, vaulted into the spotlight as a pre-eminent choice for the Presidency.

The following 1978 conversation featured reporter, Jeremiah Novak, and two Trilateral Commission members, Karl Kaiser and Richard Cooper. The interview took up the issue of who exactly, during President Carter’s administration, was formulating US economic and political policy.

The careless and off-hand attitude of Trilateralists Kaiser and Cooper is astonishing. It’s as if they’re saying, “What we’re revealing is already out in the open, it’s too late to do anything about it, why are you so worked up, we’ve already won…”

NOVAK (the reporter): Is it true that a private [Trilateral committee] led by Henry Owen of the US and made up of [Trilateral] representatives of the US, UK, West Germany, Japan, France and the EEC is coordinating the economic and political policies of the Trilateral countries [which would include the US]?

NOVAK: Yet, in your recent paper you state that this committee should remain informal because to formalize ‘this function might well prove offensive to some of the Trilateral and other countries which do not take part.’ Who are you afraid of?

KAISER: Many countries in Europe would resent the dominant role that West Germany plays at these [Trilateral] meetings.

COOPER: Many people still live in a world of separate nations, and they would resent such coordination [of policy].

NOVAK: But this [Trilateral] committee is essential to your whole policy. How can you keep it a secret or fail to try to get popular support [for its decisions on how Trilateral member nations will conduct their economic and political policies]?

COOPER: Well, I guess it’s the press’ job to publicize it.

NOVAK: Yes, but why doesn’t President Carter come out with it and tell the American people that [US] economic and political power is being coordinated by a [Trilateral] committee made up of Henry Owen and six others? After all, if [US] policy is being made on a multinational level, the people should know.

COOPER: President Carter and Secretary of State Vance have constantly alluded to this in their speeches. [a lie]

This interview slipped under the mainstream media radar, which is to say, it was buried.

US (and other nations’) economic and political policy run by a committee of the Trilateral Commission—the Commission created in 1973 by David Rockefeller and his sidekick, Zbigniew Brzezinski.

When Carter won the presidential election (1976), his aide, Hamilton Jordan, said that if after the inauguration, Cy Vance and Brzezinski came on board as secretary of state and national security adviser, “We’ve lost. And I’ll quit.” Lost—because both men were powerful members of the Trilateral Commission and their appointment to key positions would signal a surrender of White House control to the Commission.

Vance and Brzezinski were appointed secretary of state and national security adviser, as Jordan feared. But he didn’t quit. He became Carter’s chief of staff.

Now consider the vast propaganda efforts of the past 40 years, on so many levels, to install the idea that all nations and peoples of the world are a single Collective.

From a very high level of political and economic power, this propaganda op has had the objective of grooming the population for a planet that is one coagulated mass, run and managed by one force. A central engine of that force is the Trilateral Commission.

How does a shadowy group like the TC accomplish its goal? One basic strategy is: destabilize nations; ruin their economies; send millions and millions of manufacturing jobs off to places where virtual slave labor does the work; adding insult to injury, export the cheap products of those slave-factories back to the nations who lost the jobs and further undercut domestic manufacturers, forcing them to close their doors and fire still more employees.

And then solve that economic chaos by bringing order.

What kind of order?

Eventually, one planet, with national borders erased, under one management system, with a planned global economy, “to restore stability,” “for the good of all, for lasting harmony.”

The top Trilateral players, in 2008, had their man in the White House, another formerly obscure individual like Jimmy Carter: Barack Obama. They had new trade treaties on the planning table.

After Obama was inaugurated for his first term, he shocked and astonished his own advisors, who expected him, as the first order of business, to address the unemployment issue in America. He shocked them by ignoring the number-one concern of Americans, and instead decided to opt for his disastrous national health insurance policy—Obamacare.

Obama never had any intention of trying to dig America out of the crash of 2008. That wasn’t why he was put in the Oval Office. He could, and would, pretend to bring back the economy, with fudged numbers and distorted standards. But really and truly, create good-paying jobs for many, many Americans? Not on the TC agenda. Not in the cards.

It was counter-productive to the TC plan: further undermine the economy…

So that, one day, a student would ask his teacher, “What happened to the United States?” And the teacher would say, “It was a criminal enterprise based on individual freedom. Fortunately, our leaders rescued the people and taught them the superior nature of HARMONY AND COOPERATION.”

—The rough, uneven, and challenged nationalism surfacing in a number of countries is evidence that many people are waking up from the Trilateral-induced trance…