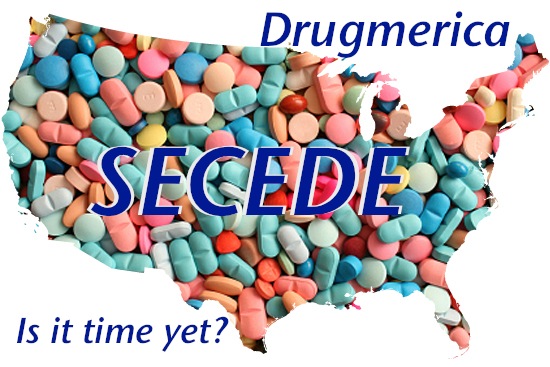 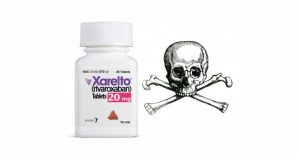 (A note to Jon’s readers, NoMoreFakeNews.com, is still down. We’ve pinpointed the problem, and we’re working to fix it. Jon’s blog, where he publishes his articles, is fine. And so is his email list.  Feel free to sign up. Thanks for your patience and continued support. Jon’s work, as always, continues.)

Welcome to the circus, boys and girls. Parades, animals, acrobats, clowns, all colluding to approve lethal drugs for public use! Watch people take the drugs and fall down, watch them carted off in colorful cars to hospitals, where the doctors will have no idea what’s causing the life-threatening injuries! It’s wild, it’s crazy, and it’s brought to you by drug companies and their enablers at the FDA! It’s all covered by insurance. We’ve got cotton candy, popcorn, ice cream for the kiddies, and everybody can get in under the big tent! It’s the biggest game and the biggest hustle in town!

Recently, I wrote about the 18,000 lawsuits against Xarelto. Here is a quick recap:

This is the normal front-line strategy. “Well, the government says our drug is safe and effective, so what else do you want from us? We’ve done our duty. We’re off the hook.”

All right, that’s my recap.

BUT suppose the drugmaker and the government (FDA) both cheated and lied and committed multiple crimes, during the clinical trials of the drug leading up to its approval for public use?

It turns out someone has been investigating those clinical trials of Xarelto, and he has uncovered stunning secrets. His name is Charles Seife. He is a professor of journalism at New York University.

Lawyers for the plaintiffs in the 18,000 lawsuits against Xaraelto, take notice. This is information you want to have at your fingertips. Seife can provide many details—here I’m just presenting his overview.

Professor Seife writes, at Slate, about the four human clinical trials of Xarelto. These were called the RECORD trials; RECORD 1, 2, 3, and 4:

“The problems were so bad and so widespread that, contrary to its usual practice, the FDA declared the entire RECORD study to be ‘unreliable.’ Yet if you look in the medical journals, the results from RECORD 4 sit quietly in The Lancet without any hint in the literature about falsification, misconduct, or chaos behind the scenes. This means that physicians around the world are basing life-and-death medical decisions on a study that the FDA knows is simply not credible.”

Seife is pointing out that the FDA never alerted The Lancet that the published report on the Xarelto clinical trials was false through and through.

Seife continues: “RECORD 2, for example, was nearly as awful as RECORD 4: Four out of 10 sites that the FDA inspected showed evidence of misconduct, or other issues grave enough to render the site’s data worthless—including clear evidence of data falsification at one site. In aggregate, these problems raise serious doubts about the quality of all four key rivaroxaban (Xareltio) studies—and, by extension, doubts about how seriously we should take the claim that rivaroxaban is safe and effective. The FDA is keeping mum, even as wrongful-death lawsuits begin to multiply.”

“The sworn purpose of the FDA is to protect the public health, to assure us that all the drugs on the market are proven safe and effective by reputable scientific trials. Yet, over and over again, the agency has proven itself willing to keep scientists, doctors, and the public in the dark about incidents when those scientific trials turn out to be less than reputable. It does so not only by passive silence, but by active deception.”

Basically, Seife is stating that the FDA found horrendous distortions in the clinical trials of Xarelto—and yet the agency approved the drug, as safe and effective, for public use.

—And then people taking the drug began to experience dire “adverse effects,” like uncontrolled bleeding.

And now we have 18,000 lawsuits against Xarelto’s parents, Bayer and J&J.

What about lawsuits against the FDA? That’s a tougher hill to climb for lawyers. Because the FDA is “the government.”

I’ve written many articles about the criminal agency called the FDA (article archive here). For stark revealing light, consider an interview relentless medical reporter, Martha Rosenberg, conducted with an FDA employee, whose job was reviewing new drugs and offering an assessment of their safety and efficacy, prior to agency approval or rejection.

Here is what I wrote in one piece:

In a stunning interview with Truthout’s Martha Rosenberg, former FDA drug reviewer, Ronald Kavanagh, exposes the FDA as a relentless criminal mafia protecting its client, Big Pharma, with a host of mob strategies.

That’s what I wrote, and considering what has happened in the case of Xarelto, Kavanagh’s statements take on very specific meaning:

The FDA colludes with a drug manufacturer to hide the dangers of a new drug that should never have been approved.

The drug is approved.

Based on this article, and many others I’ve written exposing the FDA, I would say the agency is in charge of internal and domestic chemical warfare against the American people.

There. Is that clear enough?

Update—the first lawsuit against Xarelto, in New Orleans, has just been decided by a jury. They have ruled in favor of the drug companies, Bayer and J&J, and against the plaintiff, Joseph Boudreaux.

The major (narrow) issue in the case seems to have come down to this: did the drug companies failed to warn physicians about bleeding risks associated with Xarento?

The jury said Bayer and J&J DIDN’T FAIL TO WARN.

This is what happens when plaintiffs’ lawyers are too dim to see the big picture I presented in this article—or when a presiding judge keeps denying the right to introduce relevant evidence against a drug.

What about the 18,000 Xarelto lawsuits against Bayer and J&J that are waiting in the wings? Right now, the plaintiffs’ lawyers are scrambling to re-think their strategies.

It’s possible that, eventually, all 18,000 cases will be settled, not tried in court. If that happens, the people who have been damaged by Xarelto could each receive a minimal payout for their suffering.

NOTE TO PLAINTIFFS’ LAWYERS: Reveal, in court, the criminal collusion between the FDA and Bayer and J&J. Expose the crimes they committed in order to get the highly dangerous Xarelto approved for public use in the first place—when it should have been rejected and all the stocks destroyed.

Put THAT in front of a jury.