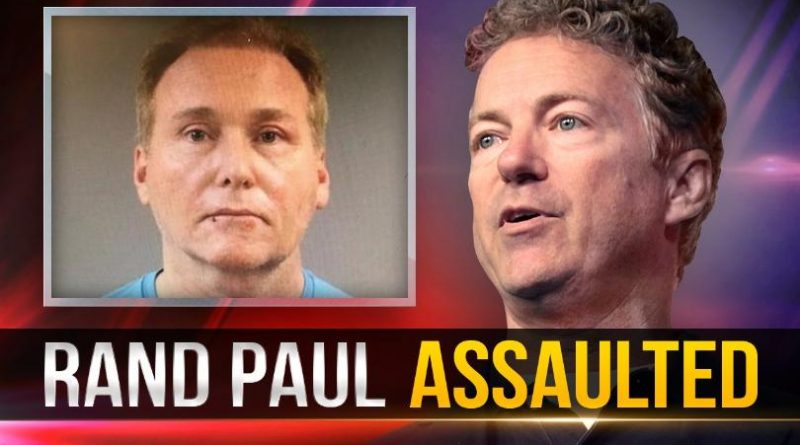 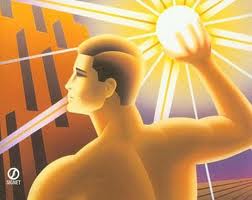 “Previous medical reports stated that Paul suffered five broken ribs and lacerations to his lungs. Reports indicate a violent attack from Paul’s long-time neighbor, 59-year-old retired doctor Rene Boucher, after a dispute. The exact nature of the dispute remains unclear, but Boucher’s lawyer claimed it had nothing to do with politics.”

“Police arrested Boucher and charged him with fourth-degree assault.”

Breitbart also interviewed several neighbors of Senator Paul. They rejected the story that Boucher’s attack on Paul was the result of a “landscaping dispute.” The neighbors stated the Senator has been a very friendly homeowner, and there is no record of any complaints either against him or from him in the homeowner’s association files.

The Senator’s injuries are serious. I looked up the definition of 4th degree assault in Kentucky law, to understand what his alleged assailant is being charged with:

“Wantonly causing physical injury” is the least serious assault charge? And it carries a maximum of a five hundred dollar fine and a year in jail? And it is a misdemeanor?

Of course, when we’re witnessing mass shootings and mass murder with cars, it’s easy to view the attack on Senator Paul as a trivial event. But it’s not.

You’re mowing the lawn outside your house. A person sneaks on to your property, runs up behind you, and attacks you. You had no idea what was coming. As a result of this vicious and cowardly assault, you suffer six broken ribs and fluid in your lungs.

And this is a minor offense?

No, we don’t know all the facts, and the defendant has not yet had his day in court. But assuming the reports are correct, the misdemeanor charge and the potential punishment are absurd travesties.

The law has been twisted to allow grave offenses to become minor episodes. The reason is fairly clear: so many crime are being committed by so many people, the system has been adjusted to accommodate criminals.

“Well,” people say, “what about all the high-level felons who serve in government and lead corporations, and are never brought to justice?”

If you need living proof, find a friend and ask him to violently attack you from behind, during the day, when you least expect it and are unable to defend yourself. Experience your injuries, and then think about whether this should be a misdemeanor in the lowest possible assault category.

What about forgiveness? What about loving your enemies? That’s another rationalization that pops up, now and then, after violent events. If you were the victim, would you really find it persuasive?

Would you be worried that having “negative thoughts” about your attacker and experiencing anger against him might “pollute your consciousness” and affect your life going forward? Would you rather paste a smile on your face and opt for marshmallows and rainbows?

Young law students, who are considering a future as a money-grubbing sleazeball tactician, should contemplate the meaning of it.

In part, The Law was instituted as an expression of moral outrage. It was supposed to channel that emotion into avenues of fair retribution.

And at the highest level, it was supposed to protect an individual citizen’s private property and the safety of his person.

Apparently, in the case of Senator Paul, both rights were extraordinarily violated.

If current reports of the attack are true, Rene Boucher should spend a long time behind bars. It’s called justice.

No, Virginia, everything doesn’t belong to everybody in some fantasy of a socialist paradise. Individual property and person are real. Crimes against them are real. To demonstrate it, stroll into a bar where there is a very good chance your most precious possessions—your iPhone and iPad—will be stolen. Later, when you’re lying outside on the sidewalk, think about “everything belonging to everybody.” See how that works for you…