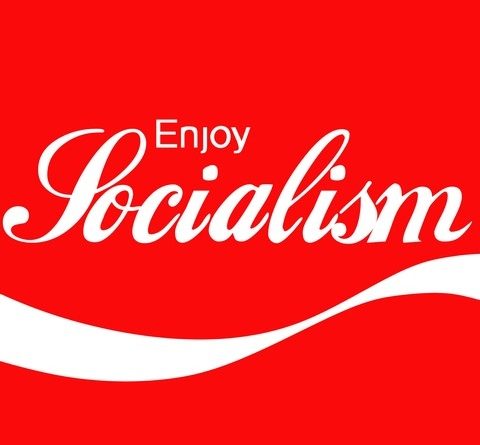 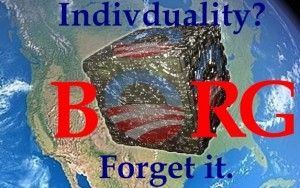 These words—Socialism and Globalism—are a mystery to most people. What do they mean? Why do they matter?

They matter because, behind the mask, they indicate massive centralized power at the top of the food chain. They aren’t “movements on behalf of the people.” They aren’t “humanitarian solutions to our problems.”

The massive power I refer to consists of governments, mega-corporations, banks, foundations, and technocrats working together, colluding, cooperating, planning a future of control over the world population.

Before he was killed in the shoot-down of Korean Airlines Flight 007 (1983), Congressman Larry McDonald stated: “The drive of the Rockefellers and their allies is to create a one-world government combining supercapitalism and Communism under the same tent, all under their control… Do I mean conspiracy? Yes, I do. I am convinced there is such a plot, international in scope, generations old in planning, and incredibly evil in intent.”

Rep. Louis T. McFadden, Congressional Record, 72nd Congress, 1st session, June 10, 1932; McFadden served as Chairman of the United States House Committee on Banking and Currency: “Mr. Chairman, when the Federal Reserve Act was passed the people of the United States did not perceive that a world system was being set up here which would make the savings of an American school-teacher available to a narcotic-drug vendor in Macao. They did not perceive that the United States was to be lowered to the position of a coolie country which has nothing but raw materials and heavy goods for export. That Russia was destined to supply man power and that this country was to supply financial power to an international superstate—a superstate controlled by International bankers and international industrialists acting together to enslave the world for their own pleasure.”

THAT is Socialism/Globalism. It isn’t a revolution by and for “the downtrodden.”

To get a flavor of what would happen to the United States under such a system, read on:

SCENE: COURTROOM OF THE FUTURE

THE ROOM IS EMPTY, EXCEPT FOR THE PROSECUTOR AND THE JUDGE.

Prosecutor: Your Honor, is there a representative of America here today?

Judge: No need to look for one. We can proceed.

Prosecutor: Very well. I wish to say that the country known as America was always a fiction.

Prosecutor: Because borders are artificial and arbitrary.

Judge: Indeed. Who set them? It was all rubbish.

Prosecutor: Second, why should any separate nation have the right to exist? We now understand we are all one planet, one nation if you will.

Judge: I appreciate you bringing that up. It’s been decades since anyone with half a brain believed we could carve up planet Earth into separate sovereign countries. With one planet, under one leadership, there can be no more wars.

Prosecutor: And third, the fiction called America was designed to maximize individual freedom and the individual’s control over his own life. This is an unworkable and heinous concept. It led to massive inequalities. Now, every citizen is equal and contributes to the whole.

Judge: Of course. I work for you, you work for me, and we work for everyone. “Everyone all together”—that is our framework. Worldwide production of goods and services, and their allotted consumption, are regulated from Brussels. No one stands out.

Prosecutor: Our global leaders in Brussels are unidentified. No names or pictures are released. The cult of personality is finished.

Judge: After all, if you are using the awesome power of artificial intelligence to regulate the actions of seven billion people, why do you need to become known and famous? You’re doing basic organization. You’re a manager, a technologist.

Prosecutor: This thing called America had a document called the Constitution. Jurists constantly referred to it. Over time, it became an annoyance and a major impediment to progress. How can you pay legal homage to centuries-old concepts when conditions are constantly changing and improving? The human mind itself is evolving.

Judge: Putting the Constitution in mothballs was a major victory for us.

Prosecutor: America eventually reached a point where many “special needs groups” made their demands known. That was a signal more extensive government services were required. Why even call the country America? We were a social-justice construct, part of a global phenomenon.

Judge: In order to fulfill needs properly, the great corporations and government had to close ranks and merge. There was no other way. Thank goodness, it was the end of the free market and capitalism and all that clap-trap. Small businesses went the way of the dodo bird. Every person now has a job, and that job is performed under the aegis of the government-corporate nexus, as a civil employee, in service to EVERYONE.

Prosecutor: I further request that, since we have progressed far beyond the point of thinking of ourselves as a separate nation, there is no need to mark this occasion with a ceremony. It would be counter-productive. The former capital, Washington DC, is already shorn of its monuments and is basically a National Security Agency data-storage facility. Let us merely notify Brussels that a verdict has been rendered. They will enter it in their computers and that will be the end of it.

Judge: I agree. It is so ordered. Thank you for your service.

Prosecutor: This is my last case. I’ve just received a notice that I’m being assigned as a first-tier manager at the new Utah public works complex.

Judge: Congratulations. What are they doing there in Utah?

Prosecutor: Building a huge training facility for UN peacekeepers. It’s a ten-year project. Quite remarkable. It will house several hundred thousand people from all over the world.

Judge: Marvelous. We must keep the peace…

You could say this scenario is science fiction. And for the moment, it is. But for how long? If you’re old enough, think back to what life was like in America 35 years ago, 50 years ago. And then think about what life in America is like now. Tremendous changes have taken place, on many fronts. If a person living in the US 50 years ago were suddenly rocketed into 2018, he would be staggered by what he saw and heard.

This is how the future happens. To the people living through it, the changes, year by year, seem incremental. But they aren’t.

Unless the freedom and primacy of the individual survive, the courtroom scene above could happen—and most people would take it in stride.

Make no mistake about it, the individual IS the target. He is the unpredictable wild card in the deck. The technocratic planners know their algorithms don’t work when there are too many independent individuals. So they must rub them out and make them willing “units” on the planetary chessboard.

I write for the individual. I always have, and I always will.

My daily articles, at bottom, are meant to educate and empower the individual; and my three Matrix collections are a much further leap in that direction.

The fundamental power of the individual is creative. This power is rarely, if ever, tapped in the education system. Why? Because the power is all about the individual being able to create the future he most profoundly desires.

Many, many individuals doing just that would crack the foundations of the Globalist/Socialist plan.

Individual creative power IS the vaunted “philosopher’s stone” the ancient alchemists were seeking; that power IS the goal of centuries of struggle to liberate the individual from monarch and priest-class tyrannies; that power is what the founding of the American Republic was all about.

Because that power is what freedom is for.

Freedom is the platform and the space from which the individual launches his best and deepest vision. He makes that vision fact in the world.