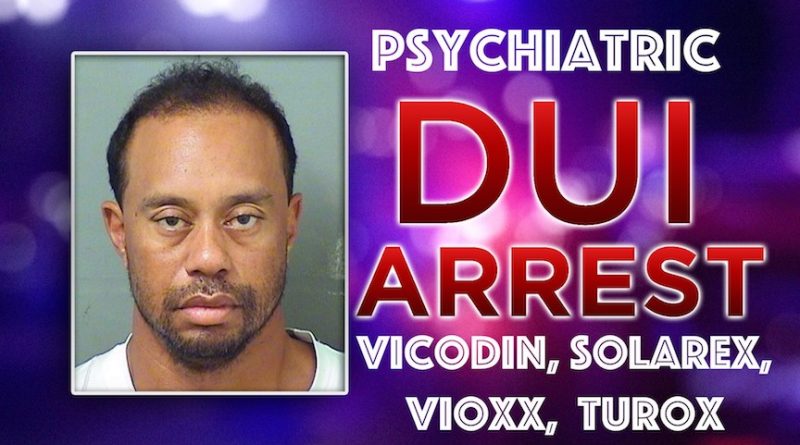 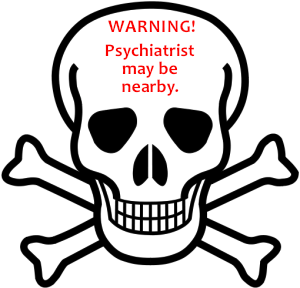 Can someone break through the wall of Tiger Woods’ protectors and let Woods know what has really been happening to him?

It isn’t just his golf career that’s on the line. It’s his life.

On May 29, Tiger Woods, sleeping in his car, was charged with Driving under the Influence (DUI). He now states he was taking Xanax, an anti-anxiety drug.

According to golf.com, “The police report also lists Vicodin, Solarex, Vioxx, and Turox as drugs that he had been prescribed…Xanax is usually prescribed to treat anxiety and depression. The American Addiction Centers warns against mixing benzodiazepines like Xanax with opiates like Vicodin, because of the high risk of addiction, overdose and impairment. Benzodiazepines ‘enhance the high from opioid painkillers,’ and the two types of drugs combined can increase sedation and depress breathing.”

In other words, the drug combination is life-threatening.

Where is the doctor (or doctors) who prescribed these drugs and is supposed to be monitoring Woods? No word on that.

Vicodin is an opioid. As I’ve been writing recently, this class of drugs has been causing a national epidemic of death and severe debilitation. 47,000 deaths in 2014.

The state of Ohio is presently suing five drug companies for false and deceptive marketing of opioids—between 631 and 793 million pills a year have been prescribed in Ohio. This is nothing less than the creation of untold numbers of walking zombies.

Xanax, another drug Woods said he was taking, is a benzodiazepine. Doctor and psychiatrist, Peter Breggin, the author of Toxic Psychiatry, writes: “The brain-disabling or toxic effects of the benzodiazepines in general can be divided into several somewhat overlapping categories…Cognitive dysfunction, ranging from short-term memory impairment and confusion to delirium…extreme agitation, psychosis, paranoia, and depression, sometimes with violence toward self or others…”

“Withdrawal [from the drug], in which the individual experiences a continuum of symptoms from anxiety and insomnia after routine use to psychosis and seizures after the abrupt termination of long-term, larger doses…Rebound, an aspect of withdrawal, in which the individual develops anxiety, insomnia, or other serious emotional reactions that are more intense than before drug treatment began. Withdrawal can take place between doses during the routine administration of benzodiazepines, especially the short-acting ones…”

“Unlike the experienced alcohol user, the trusting benzodiazepine user has little reason to anticipate losing control. Expecting to be helped, and not harmed, by the drug, the patient is less able to understand or manage potentially overwhelming feelings of anger or violence, or other untoward emotional responses…”

“Antianxiety benzodiazepines have been reported to release bizarre uninhibited behavior in some users with low levels of anxiety; hostility and rage may occur in others. Paranoia, depression, and suicidal ideation occasionally also accompany the use of these agents…”

“The APA [American Psychiatric Association] task force report on benzodiazepines (1990, p. 18) presents a table of discontinuation [withdrawal] symptoms. The complete list of frequent discontinuation symptoms includes anxiety, insomnia, restlessness, agitation, irritability, muscle tension. Among many symptoms that are common but less frequent, it lists depression and nightmares, as well as lethargy. Clinical experience indicates that the combination of anxiety, insomnia, restlessness, agitation, irritability, nightmares, and depression can produce a spectrum of behavioral abnormalities, including suicide and violence…”

Dr. Breggin exposes the dark side of the “research” on Xanax that led to its approval by the FDA:

“Even in the short run, Xanax often makes people worse than they were before starting the drug. As I first documented in Toxic Psychiatry (1991, pp. 252-254), the original studies for panic disorder showed that at 8-10 weeks of exposure [to Xanax] the patients were more phobic, more anxious, and had a 350 percent increase in the panic attacks for which they were being treated. Upjohn, the manufacturer, promoted the first four weeks of the study without indicating that patients were worse than ever at eight weeks. When these studies for panic disorder were published in the AMA Archives of General Psychiatry, the editor-in-chief, himself on the Upjohn payroll, permitted the misleading research to be published without comment.”

Are you getting that? The 8-10 week study of the drug, which showed the very dangerous effects of Xanax, was ALTERED to include only the first four weeks. Criminal fraud. And that’s putting it mildly.

Tiger Woods is another casualty of the US medical system, a person who has put himself under the control of doctors, who are prescribing highly dangerous drugs. Woods is apparently unaware of the full range of the effects of the drugs.

He believes they are only dangerous in combination. This is patently false.

Woods’ state of extreme debilitation is not an accident. It’s a standard result of ingesting these toxic medical compounds.

Breggin is the author of the book, Psychiatric Drug Withdrawal: A Guide for Prescribers, Therapists, Patients and Their Families.

Again, who are the doctors prescribing drugs to Tiger Woods? Do they have any idea what they’re doing to him? Are they, in essence, keeping him captive to the horrific effects of the drugs? Are they going to withdraw him from the drugs? If so, do they know how to do that correctly with the best chance of safety?

The answers to these questions may well determine Woods’ future and life.