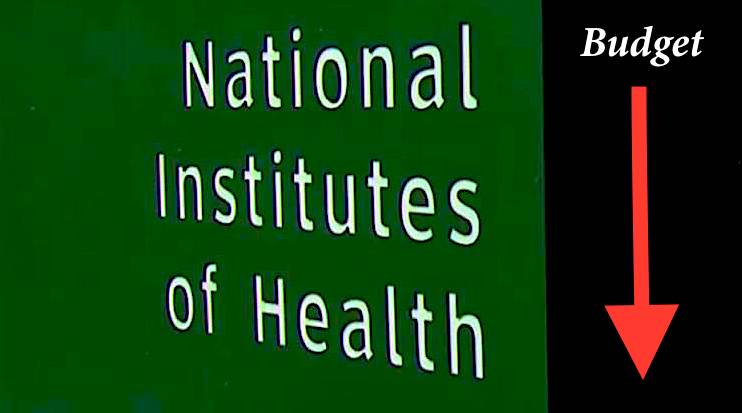 The US National Institutes of Health (NIH), a federal agency, is the largest medical research institution in the world.

Trump wants to cut $6 billion from its budget.

Here’s what you need to know: no one has ever done a comprehensive investigation of the results of NIH’s research over the years. No one has done a proper assessment of its value.

If NIH were a corporation, it would have undergone numerous assessments of its products. But government work is different. There are no standards. “We’re trying our best” is good enough. Especially when in-house PR flacks with media connections trumpet “breakthroughs” and “upcoming innovations right around the corner.”

Back in 1987, I interviewed Jim Warner, a White House policy analyst in the Reagan administration. Warner told me he had to pull rank to even get through and talk to scientists at NIH.

“These guys [at NIH] assume that it’s their show. They just assume it,” he said. He was referring to the then-current research on AIDS.

I suggested that someone should do an overall investigation of NIH, to see how valuable its research had proved to be over the past 20 years. He agreed. He said he hadn’t thought of that, and it was a good idea.

Of course, it never happened.

The situation at NIH is preposterous. If you owned a company that made parts for planes, wouldn’t you do quality control? Wouldn’t you want to know how well those plane parts were performing in the real world?

Let’s take one area, out of the 27 separate NIH centers that do medical research: NCI, the National Cancer Institute. How is the War on Cancer going?

“…Gina Kolata [reporter] pointed out in The New York Times [2009] that the cancer death rate, adjusted for the size and age of the population, has decreased by only 5 percent since 1950…She argues that there has been very little overall progress in the war on cancer.” (see here and here)

Author Spector points out how researchers can manipulate results to create the impression that cancer treatment is becoming more successful: “…there are several types of detection bias. First, if one discovers a malignant tumor very early and starts therapy immediately, even if the therapy is worthless, it will appear that the patient lives longer than a second patient (with an identical tumor) treated with another worthless drug if the cancer in the second patient was detected later. Second, detection bias can also occur with small tumors, especially of the breast and prostate, that would not harm the patient if left untreated but can lead to unnecessary and sometimes mutilating therapy.”

Spector discusses prostate cancer: “…prostate cancer therapy also presents a serious quandary. At autopsy, approximately 30 percent (or more) of men have cancer foci in their prostate glands, yet only 1 to 2 percent of men die of prostate cancer. Thus less than 10 percent of prostate cancer patients require treatment. This presents a serious dilemma: whom should the physician treat? Moreover, recently, two large studies of prostate cancer screening with prostate specific antigen (PSA) have seriously questioned the utility of screening. In one study, the investigators had to screen over a thousand men before they saved one life. This led to about fifty “false positive” patients who often underwent surgery and/or radiation therapy unnecessarily (Schröder et al. 2009). The second study, conducted in the United States, was negative (Andriole et al. 2009), i.e., no lives were saved due to the screening, but many of the screening-positive patients with prostate cancer were treated. Welch and Albertson (2009) and Brawley (2009) estimate that more than a million men in the U.S. have been unnecessarily treated for prostate cancer between 1986 and 2005, due to over-diagnostic PSA screening tests. In the end, screening for prostate cancer will not be useful until methods are developed to determine which prostate cancers detected by screening will harm the patient (Welch and Albertson 2009; Brawley 2009).”

What about so-called smart drugs for cancer? Spector: “Smart drugs are defined as drugs that focus on a particular vulnerability of the cancer; they are not generalized but rather specific toxins. But the Journal of the American Medical Association (Health Agencies Update 2009) reports that 90 percent of the drugs or biologics approved by the FDA in the past four years for cancer (many of them smart drugs) cost more than $20,000 for twelve weeks of therapy, and many offer a survival benefit of only two months or less (Fojo and Grady 2009).”

Spector cites an example of such a smart drug: “The FDA has approved bevacizumab…Since the median survival of colorectal cancer is eighteen months, bevacizumab therapy would cost about $144,000 (in such a patient) for four months prolongation of survival (Keim 2008)…Moreover, bevacizumab can have terrible side effects, including gastrointestinal perforations, serious bleeding, severe hypertension, clot formation, and delayed wound healing (PDR 2009)…bevacizumab is at best a marginal drug. It only slightly prolongs life, demonstrable only in colorectal cancer, has serious side effects, and is very expensive.”

Cancer research at NIH is plunging ahead, of course. If we could be sure these scientists are on the right track, and their failures and shortcomings are wholly owing to the fact that cancer is such a tough problem, then perhaps they should be funded for their ongoing work.

But that is not the case.

The scientists themselves tell us they’re on the right track. That is the only assurance we have.

I’m fully aware of much cancer research that has taken place outside the mainstream over the past hundred years. In this article, I’m not exploring those efforts. I’m making the point that NIH is flying without navigation tools and pretending they are preeminent princes. WITH NO COMPREHENSIVE ASSESSMENT OF THE VALUE OF NIH’S WORK FOR THE PAST 50 YEARS—we are not looking at science.

We are looking at an unaccountable boondoggle—and the brutal effects of conventional treatment.

Trump wants to slash $6 billion from the NIH budget? That’s a start.

But a truly sane approach would result in shutting the place down with NO funds for research, until a truly independent body figures out what the hell has been going on there.

As a reporter who has been investigating deep medical fraud and harm for the past 30 years, I can assure you the scandals that would slither out of deep corners at NIH would fry the brains of the average American.

Just one example: leading researchers, in the mid-1980s, took a failed, highly toxic, chemo drug called AZT off their dusty shelves and decided it was their best shot at treating AIDS. AZT attacks all cells of the body. It decimates bone marrow, where cells of the immune system are manufactured. And this drug became the treatment for AIDS, whose hallmark was: depletion of the immune system. AZT was the medical version of Vietnam: “We had to destroy the village in order to save it…”