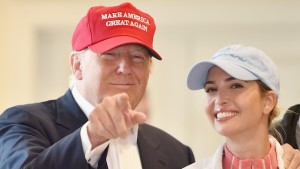 In his recent speech in Pennsylvania, Trump clarified and intensified his anti-Globalist position.  The Associated Press reports:

“’This wave of globalization has wiped out totally, totally our middle class,’ said Trump.”

“Trump…criticized [Hillary Clinton’s] past support for the Trans-Pacific Partnership [TPP trade deal], which he described as ‘the deathblow for American manufacturing.’”

“He vowed to renegotiate North American Free Trade Agreement [NAFTA] to get a better deal ‘by a lot, not just a little,’ for American workers – and threatened to withdraw the U.S. from the deal if his proposals aren’t agreed [to].”

“He said the North American Free Trade Agreement, which was signed by Bill Clinton, was a ‘disaster’…”

Trump didn’t leave much room for doubt on his anti-Globalist stance.

There are many people who have yearned to hear this rhetoric from a major Presidential candidate…but absolutely don’t want to hear it (or anything else) from Trump.

To them, he’s a fast-talking cowboy, a hustler, a bullshitter of the first order, a rank egotist, a narcissist, a racist.

Well, we had another candidate who was a mad dog for attacking Globalism, although he didn’t go quite as far. We had Bernie Sanders. He’s gone. He’s voting for Hillary.

Too little, too late, Bernie just wrote an editorial in the New York Times. His subject: Globalism. Here’s an excerpt:

“In the last 15 years, nearly 60,000 factories in this country have closed, and more than 4.8 million well-paid manufacturing jobs have disappeared. Much of this is related to disastrous [Globalist] trade agreements that encourage corporations to move to low-wage countries…”

“We need to fundamentally reject our ‘free trade’ policies and move to fair trade. Americans should not have to compete against workers in low-wage countries who earn pennies an hour. We must defeat the Trans-Pacific Partnership [TPP].”

Of course, Bernie points out that this new revolution must NOT be headed by Donald Trump. It must be led by Hillary Clinton. Bernie doesn’t actually mention Hillary by name. He uses the phrase, “a new Democratic President.”

That’s because, as he well knows, the idea that Hillary will overturn free trade treaties and slam back the force of Globalism is so absurd it’s laughable. Bernie knows Hillary is the last person in America who would try to torpedo these trade deals. So he just bites his lip and writes “a new Democratic president.”

But Bernie is a straight shooter. He’s not a bullshitter. Heavens, no.

I wonder which new Democratic President Bernie has in mind? Perhaps it’s Moses coming down from the mountain with ten strategies to create jobs in America.

In past months and years, we’ve had other candidates who’ve come out strongly against Globalism—Rand Paul (didn’t have the intensity); Ron Paul (lacked intensity of delivery, and the media/GOP cut him out of debates and withdrew coverage); Ralph Nader (never had a prayer).

So, for all those people who can admit Trump is saying the right things about Globalism and making all the right promises—but hate him for various reasons—we obviously need someone else who will say what Trump is saying, get it across, attract huge crowds, and garner widespread support. Who is that? Where is he? Where is she?

Therefore, let’s all vote for Hillary, right? Because at least she isn’t a bullshitter or a wild cowboy, and she can maintain stability here at home while US forces launch a few dozen wars under her guidance. No? No good? Hillary’s a…what? A demented vulture? Really?

Is it possible to perform some kind of surgery on Trump’s brain, so he emerges saying the same things about Globalism, but actually means them, minus the ego and the narcissism? Could his brain be shifted over from that of a hustler to a man of the people? No? No such surgery exists?

Too bad, eh? Because this real estate gunslinger is actually talking about canceling NAFTA and refusing to ratify the TPP, two cornerstones of the Globalist agenda. He’s talking about punishing US companies who shift manufacturing jobs overseas, by laying on tariffs when they export their products back to US customers.

Maybe brain-dead indoctrinated college students don’t understand what all this means, but US workers who’ve been thrown out of their jobs sure as hell do.

Trump actually makes a distinction between Globalism and what’s good for America. He doesn’t pull back from doing that. Because, after all, if you bring the lost US jobs home from the clutches of Globalists, that is, in fact, good for the people of the US, right? And therefore, it’s good for America.

But of course Trump is completely insane and he’s a major league liar, so he’s out.

How about this? A mind-control experiment in which everything Trump has been saying about Globalism is automatically transferred into the brain of LeBron James. Then LeBron shows up at the Democratic National Convention, announces his candidacy, throws down a few thundering dunks, and steals the nomination from Hillary.

Can we pull that off?

So where are we? Let’s look at the leaderboard.

On one side, we have Hillary Clinton. She’s in the pocket of Big Pharma, she’s dedicated to the advance of Globalism on every possible front (“it takes a village”), she can’t sleep at night unless US planes are bombing some helpless population.

On the other side, we have Donald Trump, who’s saying all the right things about Globalism’s attack on America, but he just happened on this rhetoric by accident, he doesn’t mean any of it, he’s lying all day and all night, he wants to change the name of the White House to Trump Tower II. We know he’s lying because Bill Maher and John Oliver say so.

I have an idea. Finally. Let’s all pledge our allegiance to HUMANITY without describing what the word means. Let’s just go with the generality. Let’s feel good about it. We’re pledged to The Human Family and The Future. Just leave it hanging out there. No need to get specific. That’s how we’ll ID ourselves. “We’re for humanity, we’re for everybody else.” See, isn’t that better?

Then we can say, “Hillary is also devoted to Humanity. She says so every chance she gets, so it’s a perfect match. Let’s give the political leadership of the country to her. And then, whatever she does, we can assert it’s because she cares. And so do we. We all care. It makes us virtuous.

And that’s all that important: giving the appearance of being virtuous.

All those factories that have closed down and all those people who are out of jobs? Screw them. They’re impediments to a much higher cause.

What are they complaining about? The government will take care of them. Right?

The government will take of everybody. That’s what caring means. Right?

We and Hillary are on the same page.

I knew it would work out.

I knew it would.

The Presidency is a character issue. Hillary pretends she has character. Trump doesn’t. That’s all we need to know or ever will need to know.

One thought on ““Trump vs. the Globalists: gunfight at OK Corral” by Jon Rappoport”