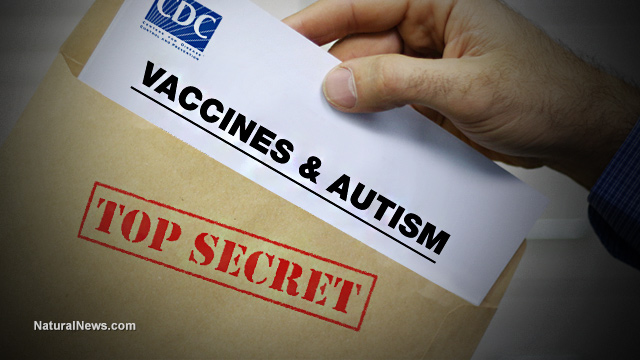 Official history is a curious thing. Whole sections of fact disappear from the record.

When I was researching my first book, AIDS INC., in 1987-88, I explored various forms of immune-system suppression, in order to show that HIV was not the real story.

I looked into vaccines, for example. Here is an excerpt from AIDS INC. Keep in mind that my research, at the time, ended in 1988. This excerpt reports on vaccines disasters and statements about vaccines made by several authors.

It is forgotten history:

“… Based on the only U.S. findings on adverse DPT [diphtheria-pertussis-tetanus vaccine] reactions, an FDA-financed study at the University of California, Los Angeles, one out of every 350 children will have a convulsion; one in 180 children will experience high-pitched screaming [can indicate brain damage]; and one in 66 will have a fever of 105 degrees or more.” (Jennifer Hyman, Democrat and Chronicle, Rochester, New York, special supplement on DPT, dated April, 1987.)

“A study undertaken in 1979 at the University of California, Los Angeles, under the sponsorship of the Food and Drug Administration, and which has been confirmed by other studies, indicates that in the U.S.A. approximately 1,000 infants die annually as a direct result of DPT vaccinations, and these are classified as SIDS (Sudden Infant Death Syndrome) deaths. These represent about 10 to 15% of the total number of SIDS deaths occurring annually in the U.S.A. (between 8,000 and 10,000 depending on which statistics are used).” (Leon Chaitow, Vaccination and Immunization, CW Daniel Company Limited, Saffron Walden, Essex, England, 1987.)

“Assistant Secretary of Health Edward Brandt, Jr., MD, testifying before the U.S. Senate Committee on Labor and Human Resources, rounded… figures off to 9,000 cases of convulsions, 9,000 cases of collapse, and 17,000 cases of high-pitched screaming for a total of 35,000 acute neurological reactions occurring within forty-eight hours of a DPT shot among America’s children every year.” (DPT: A Shot in the Dark, by Harris L. Coulter and Barbara Loe Fischer, Harcourt Brace Jovanovich.)

“… Barker and Pichichero, in a prospective study of 1232 children in Denver, Colorado, found after DTP that only 7% of those vaccinated were free from untoward reactions, which included pyrexia [fever] (53%), acute behavioral changes (82%), prolonged screaming (13%), and listlessness, anorexia and vomiting. 71% of those receiving second injections of DTP experienced two or more of the reactions monitored.” (Lancet, May 28, 1983, p. 1217)

“… the swine-flu vaccination program was one of its (CDC) greatest blunders…It all began in 1976 when CDC scientists saw that a virus involved in a flu attack outbreak at Fort Dix, N.J., was similar to the swine-flu virus that killed 500,000 Americans in 1918. Health officials immediately launched a 100-million dollar program to immunize every American. But the expected epidemic never materialized, and the vaccine led to partial paralysis in 532 people. There were 32 deaths.” (U.S. News and World Report, Joseph Carey, October 14, 1985, p. 70, “How Medical Sleuths Track Killer Diseases.”)

“Smallpox, like typhus, has been dying out (in England) since 1780. Vaccination in this country has largely fallen into disuse since people began to realize how its value was discredited by the great smallpox epidemic of 1871-2 (which occurred after extensive vaccination).” (W. Scott Webb, A Century of Vaccination, Swan Sonnenschein, 1898.)

“In this incident (Kyoto, Japan, 1948) – the most serious of its kind – a toxic batch of alum-precipitated toxoid (APT) was responsible for illness in over 600 infants and for no fewer than 68 deaths. On 20 and 22 October, 1948, a large number of babies and children in the city of Kyoto received their first injection of APT. On the 4th and 5th of November, 15,561 babies and children aged some months to 13 years received their second dose. One to two days later, 606 of those who had been injected fell ill. Of these, 9 died of acute diphtheritic paralysis in seven to fourteen days, and 59 of late paralysis mainly in four to seven weeks.” (Sir Graham Wilson, Hazards of Immunization, Athone Press, University of London, 1967.) For part two click below.

“Accidents may, however, follow the use of this so-called killed (rabies) vaccine owing to inadequate processing. A very serious occurrence of this sort occurred at Fortaleza, Ceara, Brazil, in 1960. No fewer than 18 out of 66 persons vaccinated with Fermi’s carbolized (rabies ) vaccine suffered from encephalomyelitis and every one of the eighteen died.” (Sir Graham Wilson, Hazards of Immunization.)

“At a press conference in Washington on 24 July, 1942, the Secretary of War reported that 28,585 cases of jaundice had been observed in the (American) Army between 1 January and 4 July after yellow fever vaccination, and of these 62 proved fatal.” (Wilson, Hazards of Immunization.)

“Between 10 December 1929 and 30 April 1930, 251 of 412 infants born in Lubeck received three doses of BCG vaccine by the mouth during the first ten days of life. Of these 251, 72 died of tuberculosis, most of them in two to five months and all but one before the end of the first year. In addition, 135 suffered from clinical tuberculosis but eventually recovered; and 44 became tuberculin-positive but remained well. None of the 161 unvaccinated infants born at the time was affected in this way and none of these died of tuberculosis within the following three years.” (Hazards of Immunization, Wilson.)

“So far it is hardly possible to gain insight into the extent of the immunization catastrophe of 1955 in the United States. It may be considered certain that the officially ascertained 200 cases (of polio) which were caused directly or indirectly by the (polio) vaccination constitute minimum figures… It can hardly be estimated how many of the 1359 (polio) cases among vaccinated persons must be regarded as failures of the vaccine and how many of them were infected by the vaccine. A careful study of the epidemiologic course of polio in the United States yields indications of grave significance. In numerous states of the U.S.A., typical early epidemics developed with the immunizations in the spring of 1955… The vaccination incidents of the year 1955 cannot be exclusively traced back to the failure of one manufacturing firm.” [Dr. Herbert Ratner, Child and Family, 1980, vol. 19, no. 4, “Story of the Salk Vaccine (Part 2).”]

“Suffice it to say that most of the large (polio) epidemics that have occurred in this country since the introduction of the Salk vaccine have followed the wide-scale use of the vaccine and have been characterized by an uncommon early seasonal onset. To name a few, there is the Massachusetts epidemic of 1955; the Chicago epidemic of 1956; and the Des Moines epidemic of 1959.” (Dr. Herbert Ratner, Child and Family, 1980 vol. 19, no. 4.)

“By the (U.S.) government’s own admission, there has been a 41% failure rate in persons who were previously vaccinated against the (measles) virus.” (Dr. Anthony Morris, John Chriss, BG Young, “Occurrence of Measles in Previously Vaccinated Individuals,” 1979; presented at a meeting of the American Society for Microbiology at Fort Detrick, Maryland, April 27, 1979.)

“Prior to the time doctors began giving rubella (measles) vaccinations, an estimated 85% of adults were naturally immune to the disease (for life). Because of immunization, the vast majority of women never acquire natural immunity (or lifetime protection).” (Dr. Robert Mendelsohn, Let’s Live, December 1983, as quoted by Carolyn Reuben in the LA WEEKLY, June 28, 1985.)

“Adminstration of KMV (killed measles vaccine) apparently set in motion an aberrant immunologic response that not only failed to protect children against natural measles, but resulted in heightened susceptibility.” JAMA Aug. 22, 1980, vol. 244, p. 804, Vincent Fulginiti and Ray Helfer. The authors indicate that such falsely protected children can come down with “an often severe, atypical form of measles. Atypical measles is characterized by fever, headache… and a diverse rash (which)… may consist of a mixture of macules, papules, vesicles, and pustules… ”

Official reports on vaccine reactions are often at odds with unofficial estimates because of the method of analysis used. If vaccine-reaction is defined as a small set of possible effects experienced within 72 hours of an inoculation, then figures will be smaller. But doctors like G.T. Stewart, of the University of Glasgow, have found through meticulous investigation, including visits to hospitals and interviews with parents of children vaccinated, that reactions as severe as brain-damage (e.g., from the DPT vaccine) can be overlooked, go unreported and can be mistakenly assumed to have come from other causes.

Note: The list of examples cited above is by no means exhaustive.

WHO IS CRAZY? THE PEOPLE WHO RESEARCH AND DOUBT THE SAFETY OF VACCINES, OR THE PEOPLE WHO AUTOMATICALLY, LIKE ROBOTS, BELIEVE VACCINES ARE SAFE AND DEFEND THE VACCINE ESTABLISHMENT?