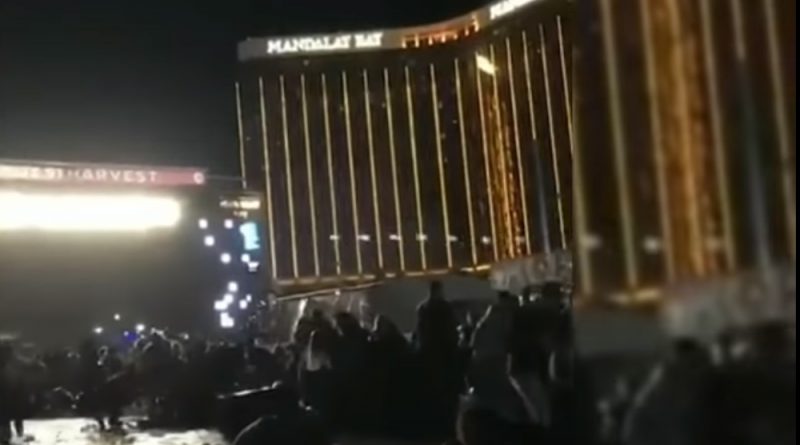 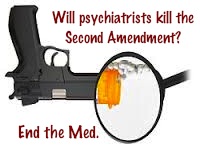 These are a few observations leading to a hypothesis.

First, there is a video, taken at ground level, of a man going from victim to victim lying on the ground at the concert. He is checking their pulses, asking if they’re all right, calling for medical help. Notice the color of the blood on the ground and on the victims. It is a quite bright red. Would real bloodstains on the ground be that color, or would they be darker?

Next, there is the matter of how Stephen Paddock, the accused shooter, brought 23 weapons and ammo into the Mandalay Hotel and up to his suite.

He was a well-known high-stakes gambler. Hotel personnel surely knew him. They knew he lived in the Vegas area. Yet there he is with a number of suitcases—or over the course of a few days, he appears in the lobby with another suitcase or two each time.

These hotels are security-conscious to the max. No suspicion was aroused? And Paddock risked exposure to take weapons he would never use up to his suite?

Did Paddock bring in the weapons through another hotel entrance with the help of staff? Was this part of the operation an inside job?

Did he actually bring in all these weapons? Or was his hotel suite staged as a prop by others? Was it set up as a showcase for gun-control advocates who, after the fact, would push for new restrictive laws?

The photos of the hotel suite—when were they taken? In the immediate aftermath of the shooting? Where are the hundreds or thousands of shell casings that would have been ejected from the weapon(s)? The photos of the floor show very little brass. My understanding is these casings would have been quite hot. Where are all the burn marks on the carpet and furniture and walls?

This whole “hotel suite” scenario is very murky and needs much more investigation.

There are cell-phone videos taken at ground level at the concert, while you can hear automatic gunfire. A reader brings up an interesting point. Many of these shots would miss human targets. Instead, they would hit solid objects and either remain embedded or bounce. Where are the loud sounds, on the videos, of ricochets—not just a few sounds, but many.

Now here is a hypothesis. Obviously, it applies to more than just the Vegas shooting. In SOME of these events, we see a MIX of fake and real happenings. There are real victims and fake victims. This confusion and conflation of the fake and the real stimulate different and opposing lines of independent investigation.

The result? This is perfect for those who are actually behind the operation in the shadows, who want to engender false trails and dead ends and “unsolvable” anomalies.

And conflict among independent researchers who, after all, are the only real threat to the party line.

“Look, here is a group of obvious crisis actors. They’re fakes. Therefore, the whole event is a fake.”

“Here are real victims. Therefore, the whole event is real. There was nothing fake about it.”

Then, on top of this, the mainstream press, in its usual fashion, cherry picks the most far-out “conspiracy theories,” presents them, and says: “Look how ridiculous ALL these people are who question the official investigation.” Another generalization. A way to discredit all independent researchers.

When you think about it, the hypothesis I’m presenting is not strange at all. What do major media news broadcasts do? They mix real facts and fake facts. This is SOP. They mix and stir and derive bizarre conclusions that mislead the public.

“Real or fake” is not always the correct formulation, although that is what many people want to decide. “It must be black or white, yes or no, this or that.” We’re looking at a trap, we’re looking at many minds disposed to function in this fashion.

In certain cases, it can be “real and fake.”

And when it is, and when it’s intentional, it confuses people and they throw up their hands and walk away.

Which is the desired effect.

“Was the whole thing real or fake? I have to know.”