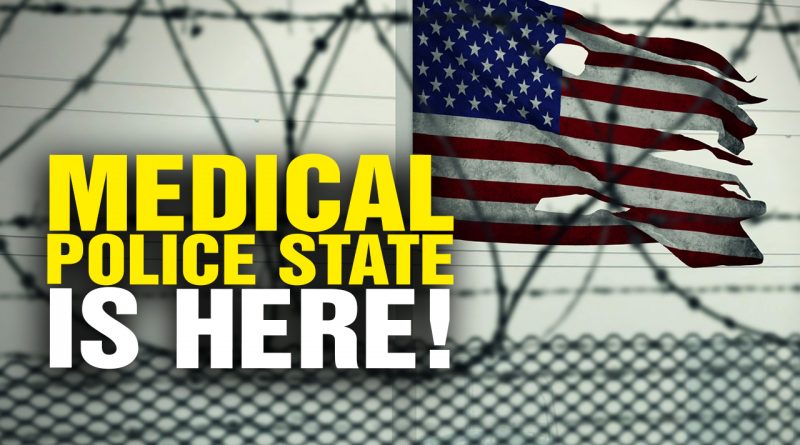 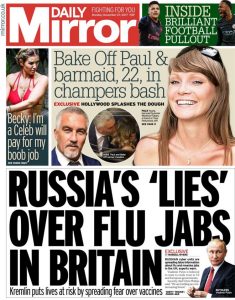 It had to happen. In the UK, warnings are going out that “anti-vaccination” posts online are the work of Russian disinformation agents who are trying to destabilize the West.

OK, I confess. For the past 30 years, during which I’ve exposed lies about vaccines from top to bottom, I’ve been working for the Kremlin. My code name is Ivan the Giant Killer.

“Experts are warning that Russian cyber units are spreading false information about flu and measles jabs in the UK.”

“In an apparent attempt to erode trust in US and European governments, state-sponsored units are using social media to spread lies, the Mirror reported. The Kremlin is believed to be attempting to foster distrust over flu jabs and the MMR measles vaccines.”

“The former National Counter Terrorism Security Office head Chris Phillips warned that Russian cyber farms are a threat to daily life. ‘This is all about destabilisation by external forces. War is ever changing and becoming much more cyber-based,’ Phillips told The Mirror.”

“He added: ‘If the Russian government, or whoever, wishes to exert this kind of influence, is able to cause difficulty in decisions, in trusting the government of the day in that country, or otherwise trusted media and news organisations, then so much the better for them’.”

“According to the Mirror, concerns over the threat to public health and security are so high that government departments have been ordered to monitor social media and flag any troublesome articles.”

“Health chiefs have reportedly held emergency meetings concerning the spread of ‘fake news’ about vaccination campaigns. There are also concerns that the strides made through information programmes [unvarnished propaganda] in schools and communities could be undone by these false stories.”

“Public Health England and the Royal College of GPs have expressed concern over how much false health news is shared online and on social media.”

ERODE PUBLIC TRUST IN GOVERNMENT AND MAINSTREAM MEDIA? Excuse me, but those institutions having been doing a marvelous job destroying public trust all on their own.

And they think you’re complete morons; they think you’ll buy the idea that anti-vaccination information must be false and fake and coming out of Russia.

“OK, boys, today we’re going to merge the ‘Russia-did-it’ meme with the ‘beware-of-unofficial-vaccine-disinformation’ meme, roll it all up into a ball and push it out there. We’ve got to do something. More people are waking up to vaccine damage and the preposterous nature of our claims that vaccines are wonderfully safe and effective. We know our claims are bullshit, but we’re supposed to know. They’re not supposed to. But more of them do know.”

Coming up next: “Let’s see. During the presidential campaign, Trump suggested that vaccines could cause autism. Obviously, he got that information from…Russia. More proof he’s an agent working for Putin.”

The Amish are all Russians.

That soccer mom down the street with the kid who pretends he’s super-healthy and has never been vaccinated? She has a secret transmitter in her basement. Every night she taps out signals to her handler in Moscow, using marked pages from Tolstoy’s War and Peace for code. Quick, report her to the FBI. Call the shock troops from Merck and Glaxo