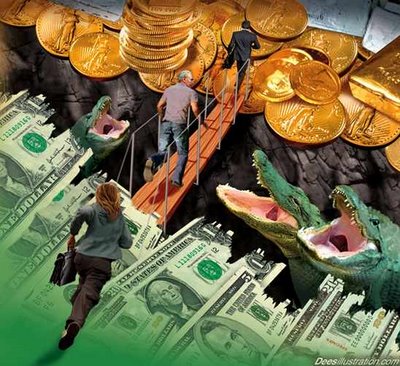 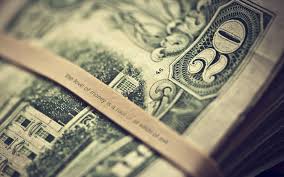 Wall Street On Parade (January 9) details the boggling Goldman Sachs presence on Trump’s team. My comments will follow the list of names.

“Trump nominated Steven Mnuchin, a 17-year veteran of Goldman Sachs to be his Treasury Secretary.”

“Stephen Bannon, another former Goldman Sachs banker, was named by Trump as his Chief Strategist in the White House.”

“The sitting President of Goldman Sachs, Gary Cohn, has been named by Trump as Director of the National Economic Council, which, according to its website, coordinates ‘policy-making for domestic and international economic issues’.”

“…Trump nominated a Goldman Sachs outside lawyer, Jay Clayton of Sullivan & Cromwell, to serve as Wall Street’s top cop as Chairman of the Securities and Exchange Commission.”

“According to Politico, Goldman Sachs partner, Dina Powell, President of the Goldman Sachs Foundation, is Ivanka’s ‘top adviser on policy and staffing’.”

“Then there is Erin Walsh who had worked at Goldman Sachs since 2010 as an Executive Director and head of its Office of Corporate Engagement for Asia Pacific…Walsh is now part of Trump’s transition landing team for the State Department and is engaged in prepping the just retired CEO of ExxonMobil, Rex Tillerson, for his Senate confirmation hearing this week to become the Secretary of the Department of State, according to Politico.”

“And there is yet another former Goldman Sachs banker, Anthony Scaramucci, who sits on Trump’s transition team.”

The first question is: would a Trump-Goldman deal benefit Trump in a personal way? Wall Street On Parade offers possible clues.

“Now the Dow Jones company, MarketWatch, has reported that Trump’s debt is held by more than 150 Wall Street firms. The New York Times has reported that Goldman Sachs Mortgage Company holds a loan on an office tower at 1290 Avenue of the Americas, a building that is 30 percent owned by Donald Trump.”

“Some of the Trump debt held by Wall Street firms, according to media reports, includes Donald Trump’s personal guarantee in the event of a default. The true owners of other Trump debt are shielded behind secretive Limited Liability Corporations…”

If Trump is in trouble with those loans, if he’s in danger of not being able to make his payments, then that fact could form the basis of a Goldman Sachs deal. Trump gets loan protection, Goldman gets a number of influential (and self-serving) seats at the big table in Trump’s administration.

Beyond this, Goldman Sachs is…I’ll let Matt Taibbi describe them. From his classic 2010 Rolling Stone article:

“The world’s most powerful investment bank is a great vampire squid wrapped around the face of humanity, relentlessly jamming its blood funnel into anything that smells like money. In fact, the history of the recent financial crisis [2008], which doubles as a history of the rapid decline and fall of the suddenly swindled dry American empire, reads like a Who’s Who of Goldman Sachs graduates.”

“By now, most of us know the major players. As George Bush’s last Treasury secretary, former Goldman CEO Henry Paulson was the architect of the bailout, a suspiciously self-serving plan to funnel trillions of Your Dollars to a handful of his old friends on Wall Street. Robert Rubin, Bill Clinton’s former Treasury secretary, spent 26 years at Goldman before becoming chairman of Citigroup — which in turn got a $300 billion taxpayer bailout from Paulson. There’s John Thain, the asshole chief of Merrill Lynch who bought an $87,000 area rug for his office as his company was imploding; a former Goldman banker, Thain enjoyed a multi-billion-dollar handout from Paulson, who used billions in taxpayer funds to help Bank of America rescue Thain’s sorry company. And Robert Steel, the former Goldmanite head of Wachovia, scored himself and his fellow executives $225 million in golden-parachute payments as his bank was self-destructing. There’s Joshua Bolten, Bush’s chief of staff during the bailout, and Mark Patterson, the current Treasury chief of staff, who was a Goldman lobbyist just a year ago, and Ed Liddy, the former Goldman director whom Paulson put in charge of bailed-out insurance giant AIG, which forked over $13 billion to Goldman after Liddy came on board. The heads of the Canadian and Italian national banks are Goldman alums, as is the head of the World Bank, the head of the New York Stock Exchange, the last two heads of the Federal Reserve Bank of New York — which, incidentally, is now in charge of overseeing Goldman…”

“The bank’s unprecedented reach and power have enabled it to turn all of America into a giant pump-and-dump scam, manipulating whole economic sectors for years at a time, moving the dice game as this or that market collapses, and all the time gorging itself on the unseen costs that are breaking families everywhere — high gas prices, rising consumer credit rates, half-eaten pension funds, mass layoffs, future taxes to pay off bailouts…”

So, Goldman Sachs wants to keep on doing what it has been doing. On the other hand, Trump wants a rising stock market—a symbolic signal that the economy is strong. Understanding that the market is manipulated by insiders, Trump would know where to go to make a deal.

Another area where Goldman could provide help: assembling the funding for a major part of what appears to be an FDR New-Deal project to rebuild America’s infrastructure, putting large numbers of unemployed people back to work. The cost? At least a trillion dollars. Convincing Congress to back this plan—and also support Trump’s tax cuts—could run into a serious roadblock. The money has to come from somewhere.

It might be useful to analyze the ominous levels of public debt accumulated by state governments. The debt is floated on bond issues, and someone has to underwrite and guarantee those issues. Banks like Goldman Sachs are in that business. Trump may have approached Goldman with the premise that, by creating whole swaths of new jobs across the country, the states’ tax revenues will rise, and therefore the payback on Goldman’s investments will become more secure.

It seems certain that Trump is leaning heavily on Goldman to run interference for him. He is walking a risk-laden path.

Since I began writing and speaking about Trump (archive here), I’ve emphasized that his millions of supporters—who actually want more freedom and more of what America should stand for—have to hold his feet to the fire when he takes a direction that spells trouble and runs counter to his announced aims.

He is doing that now.

Here are two final quotes from Wall Street On Parade:

“During the primary campaign, when it emerged that Trump’s opponent Ted Cruz had received a loan from Goldman Sachs, Trump said that Cruz was ‘owned’ by Goldman Sachs.”

“During his political campaign, Donald Trump repeatedly railed against Wall Street with a specific focus on Goldman Sachs. In the final days of his campaign, Trump released an advertisement…that featured his opponent, Hillary Clinton, shaking hands with Goldman Sachs CEO Lloyd Blankfein. As the image flickers on the screen, Trump does a voice over, stating: ‘It’s a global power structure that is responsible for the economic decisions that have robbed our working class, stripped our country of its wealth, and put that money into the pockets of a handful of large corporations and political entities.’ As the ad ends, Trump bares his soul: ‘I’m doing this for the people and for the movement and we will take back this country for you and we will make America great again’.”

Has Trump convinced Goldman Sachs they can still make sky-high money in a genuinely strong American economy, with millions of new jobs? And without fake bubbles and crashes?

Has he decided he must have Goldman on his side, if he’s going to make economic progress—that, because of their power, there is no way around them?

Or is Goldman playing along and working Trump and outflanking him?

Finally, I wouldn’t bother bringing any of this up if I didn’t think Trump wants to do good things for this country. I have enumerated those intentions of his in other articles. Right out front, he continues his war against major media. He doesn’t let up. This is vital, because those media have been functioning as the prime eyes, ears, and mouths of the nation—and they are falling rapidly from that precipice. Which is a cause for celebration.