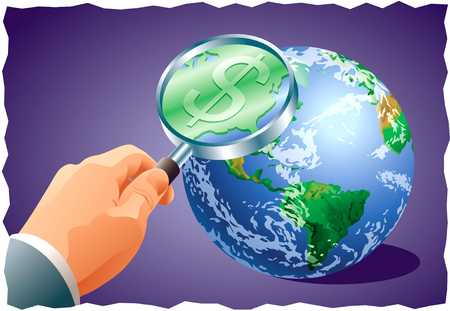 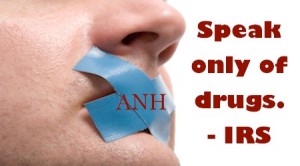 First of all, when I talk about the so-called political Left, I’m talking about people who are firmly in the Globalist camp. They may not know they are, but they are.

The Globalists work through various versions of socialism and quasi-socialism and Communism and Marxism and “free the people” and all sorts of other slogans and guiding ideas. These political philosophies and strategies have nothing to do with Globalism per se—they’re just provisional tactics Globalists use to gain power, because power is the goal. Their system is top-heavy control under a variety of names and deceptions. That’s just the way it is.

The Globalists are run by crony capitalists at the top who stole their way to riches and then turned around and decided to limit the game, so they would remain in charge. Their approach is to appear humane. It’s a lie. Their goal is straightforward: they want to make the planet one nation, which they operate like a machine. They stand for The Machine, and against life.

The political Left, at ground level, is clueless about all of this. They’re sucked in by the humane propaganda. They look to a utopia where nobody has to work or earn money. Many of these ground troops are hoping and dreaming about that day because they’re convinced they can’t make it in an open market. That, too, is just the way it is.

Now they’re emboldened to shut down free speech, meaning speech and language and words and ideas they don’t like, because…

They’re finding out they can.

It gives them a sense of power they haven’t felt. They can do “big things.” They can riot and throw bricks through store windows and shut down campus speeches and whine and cry about trigger words and safe spaces and get away with it. They can have an impact. They’ve never experienced that before.

If no one keeps free speech available, if no one cares about the Constitution, the field of operation is a grand opportunity: Shut down free speech. It feels real. It seems important. There’s a direct cause-and-effect result. WE SCREAMED AND PROTESTED AND DEMANDED AND RIOTED AND THE PEOPLE IN CHARGE WENT ALONG WITH US. THEY SHUT DOWN WHAT WE DON’T LIKE.

So the close-out tactic becomes fashionable. The thing to do. The trendy action. It’s a sport. “I can’t play on a team or study or think or contemplate what I really want to do in life, but I can do this. I can close people’s mouths.”

And higher on the Globalist food chain, there are people who are praising the end of the 1st Amendment. This gives the clueless ground troops a jolt of confidence. This tells the troops they’re really working toward a better society and a better world. “Bad people are saying bad things. If I stop the bad people, humanity will make progress…”

It’s easy to see how a dumbed-down education system permits such a “stop the bad people” formulation to come into existence and bloom like a poisonous plant.

Instead of a system that tries to raise students up and make them smarter, so they can discover where the real political power is in this world and what that power is trying to achieve, the op is all about seeking the lowest common denominator, and pushing down young minds to a primitive “good vs. bad” notion with the goal of censoring the bad into extinction.

The ground troops of the censorship op are receiving elite support. That’s the catch:

“We, the leaders, are on your side in the struggle to reach a better future, and in order to do that we have to make you as dumb as a rock, while you actually believe you’re smart and on the cutting edge.”

Of course, across the planet, oppression of populations is quite real. Is the solution opening up markets to something resembling freedom; or is it handing over control to governments, who collude with each other and with mega-corporations and banks, to institute a centralized worldwide system of production and distribution of goods and services?

“A better world is at hand. Soon we will create a specific center that rules One Economy for All. We will determine what is manufactured and who will benefit. We will decide who eats and who goes hungry. We will decide how much energy each person can consume in a given time period. We will act for the greatest good. We will be kind. Count on us.”

If you actually framed the future in those terms, and if the people who are trying to shut down free speech actually understood they were serving that master, would they continue their attack against open speech and debate?

It’s hard to tell. People can reach such levels of mindless non-comprehension, they no longer care. They’ve crossed the line. Pulling them back from the abyss is a herculean task.

Better to keep promoting free speech and engaging in it.

In the long run, freedom is more contagious than the appetite for destruction. Sometimes the long run is very long, but it doesn’t matter.

As an example, independent media will survive, despite all attempts to censor it.

If indeed the recent temporary shutdown of my website, which is now back up and running, was an illustration of someone’s censorship—well, I’m still here.

Overall, the struggle of centuries to establish individual freedom are not in vain, must not be in vain. Once again we are seeing that what we take for granted is not automatic. We must assert our rights. We must not stop.

The lesson is not always easy. But we have to learn it.

As always, there are people who can’t stand freedom. They recoil from it, as if it is a threat to their very survival. Having sunk to such a low level, they attack the basis of life itself.