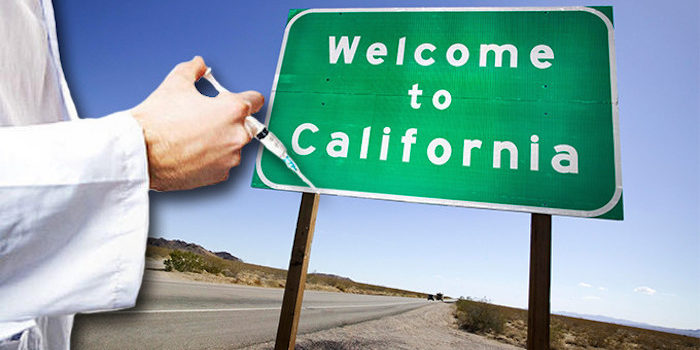 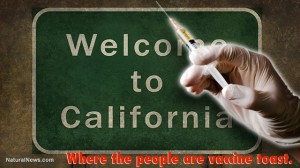 Not going to happen, but it’s interesting to imagine it.

Several groups in California are pushing for a ballot measure that, if passed, would allow the state’s voters to decide, in a direct referendum, whether to remain part of the US or become an independent country.

I’d like to see California secede, on the basis that they want a green economy and they want to “adjust” their immigration policies. It would be a sight to behold. Wide open borders and wind propellers everywhere. I’d give CA five years until total collapse.

It would be first state to secede and then beg to be let back into the country.

Its president, Jerry Brown, would release a statement: “This is a big oops. We miscalculated. It turns out we can’t afford open borders. And I’m not just talking about the upsurge in crime and terror attacks. The social services we provide all immigrants are overwhelming our institutions and our financial resources. No one wants to underwrite the loans we require. We’re screwed and we’re sorry. Please re-admit us to the Union. We need to become the biggest Welfare State in history right away.”

Yes, let’s see the green revolution and social justice play out on a large stage. Let’s see the consequences.

How about this potential news story: “Lawmakers in California have been exposed for lying about global warming in their new country. After spending several billion dollars they didn’t have, to put up a satellite to measure climate change, it turned out the reported numbers were fudged because, as one legislator stated (off the record): ‘What did you expect? The actual numbers showed there was no warming, but we couldn’t admit that. Are you kidding? After we spent six billion to get the figures, we ended up with zilch. It was a disaster. We had to lie, to protect the reputation of our new nation.”

The vice-president of California, Barbara Boxer, would announce: “The policy of forcing two women into top executive positions at our major corporations for every man has failed. Corporate warfare has broken out. In boardrooms across the state, a poisonous atmosphere prevails. We must backtrack and reconsider.”

Several pro-immigration groups would issue a joint statement: “Consequences are irrelevant. The point is, this is a battle to take back California for Mexico. Our whole goal is extending the nation of Mexico to the north, and nothing will stop us. Anyone living in the nation of California who isn’t a Mexican is an illegal. We’re righting a wrong, and that’s all that matters. Our Treasury must replace dollars with pesos, and it must issue as many trillions as necessary to give our people a free standard of living.”

The California Dept. of Energy would release a new regulation: “In view of the current energy shortages, our Weather Control Department is hereby empowered to create continuous massive storms, in order to dramatically increase air flow for our wind power installations.”

And then there would be this, from the California Dept. of the Environment: “A new tiny species of fish, slightly larger than a bacterium, has been discovered along our shores, as well as in rivers and streams. In order to protect the BX-2-S-V fish, all flow of water (including desalination) from these bodies of water into farms is hereby canceled, until long-term studies on the threat to the BX-2-S-V’s survival can be established…”

Yes, it would be a real party.

The businesses that would expand? Underground bunker building for super-wealthy Silicon Valley and Hollywood moguls, and armed security services.

And oh yes: California’s government-owned vaccine manufacturer would take off like a rocket, because according to new laws, every resident of the state would be forced to endure shots of 58 vaccines. Failure to comply would be met with a three-year sentence at a marijuana-growing work camp in Humboldt, presided over by Sinaloa Cartel muscle. Sinaloa, of course, would be the biggest corporation in the new nation.

Its chief, Joaquin “El Chapo” Guzman, who escaped jail in Mexico 47 times, would live in a walled compound that covers a third of the city of Sacramento. He would be California’s Secretary of Defense.

Yes, this west coast nation would put on quite a show.