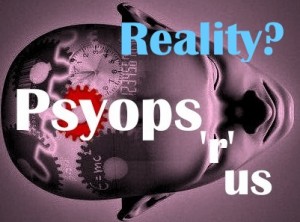 There several reasons I keep writing about the “Zika phenomenon.” One is: I want to reveal the playbook. I want to show how this covert op distracts people from the real ongoing damage caused by other factors.

When I was investigating HIV back in 1988, I spoke with a veteran public-health worker who had spent years in Haiti. The CDC listed Haitians as one of the groups at high risk for AIDS. This health worker basically told me I had no idea what was going on in Haiti: extreme poverty; farm land stolen; no basic sanitation; overcrowding in very small homes; starvation and devastating malnutrition; repressive police clamp-downs to control the poor. In other words, there was no need to invoke HIV as the reason for all the disease and death in Haiti. HIV was an “afterthought.” A cover story.

A doctor who had set up a small AIDS clinic in Africa called me. He was in a quandary. He had provided his patients with peaceful clean quarters, nutritious food, and rest. He set aside a small area of land for growing soy. When the patients were able, they worked this land, grew food for themselves, sold the surplus to make a bit of money, and—eventually, he said, all their “AIDS symptoms” disappeared. Essentially, he had eliminated all the conditions the health worker in Haiti had told me about. So now this doctor in Africa wanted to know: should he start medical treatment for AIDS? Should he, for the first time, give his patients the (highly toxic) AIDS drugs? He was in a quandary because he was married to the virus-model of AIDS causation. That was his training. He couldn’t see that he had solved the real problems.

In Brazil, the so-called center of the “Zika epidemic,” there are many problems in poverty-stricken areas that involve more than babies being born with small heads and brain impairment. The grinding poverty itself, of course. Stolen farm land. Widespread corporate use of poisonous pesticides, some of which are banned in 22 other countries. Contaminated water supplies. Lack of basic sanitation. Overcrowding. Prior vaccine campaigns, in which toxic substances were injected directly into the bodies of people whose immune systems were already on the verge of collapsing. Toxic medical drugs. And now we have field trials of genetically-engineered mosquitoes, released to terminate mosquitoes who carry dengue fever—these trials were launched with no studies of human health risk. I have one report from northeast Brazil stating that, in the vacuum created by the destruction of the dengue mosquitoes, a larger type of mosquito has moved in. This could be the Asian Tiger insect, which is also purported to carry dengue, and breeds quickly. And in 2014, the Tdap vaccine (tetanus, diphtheria, whooping cough) was recommended for pregnant women. Among other toxic substances, this vaccine contains aluminum compounds. Aluminum can cross the blood-brain barrier and cause damage. Workers are fumigating areas with toxic sprays to kill mosquitoes. Soldiers are going door to door, handing out more toxic mosquito sprays for indoor use.

Combine all these factors, and you have an ongoing catastrophe.

As I’ve detailed in previous articles (see here and here), the number of confirmed Brazilian cases of microcephaly (babies born with small heads and brain damage) is, so far, very low: 404. And of those, “a relationship with the Zika virus” was only found in 17 babies.

But it makes a great deal of sense to highlight, promote, and blame the Zika virus for what is actually going on in Brazil, if you want to distract and divert and obscure.

If you stopped the vaccine campaigns, stopped the spraying, and remedied the conditions I listed above, the health of the population would return and revive, without medical intervention. People would recover—just as they did in that small African AIDS clinic.

A long time ago, a US government researcher told me he divided disease-researchers into two types: the “groupers” and the “splitters.” The groupers were always looking for one virus to explain a whole range of symptoms. The splitters looked for multiple causes.

I said, unfortunately the groupers were in charge of the game. And they are. They also operate as disinformation specialists.

Imagine this: a gigantic area of land dominated by a few corporations. Their buildings and factories and research facilities and media operations rise into the clouds and sink hundreds of feet below the earth. Their security forces run giant farms that extend to the horizon. The pesticide spraying never stops. The corporations employ a vast number of local people for slave wages. The locals are kept poor and ill. Once in a while, a scenario is cooked up about an “explosive outbreak.”  The medical CIA moves in and “discovers a virus.” All attention focuses on that. The virus cover story sells. It’s made to sell. The overall ongoing crime receives no publicity.

And on the fringe, people argue about what might “really” be causing the “outbreak,” as if that’s the main event, when it’s at best only a fragment of the big picture.

Look at one small corner of the overall destruction.