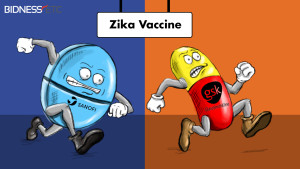 June 3, 2016 (To read about Jon’s mega-collection, Power Outside The Matrix, click here.)

For new readers, see my previous articles about the scientific fraud that is Zika. In a nutshell, there is no convincing evidence the Zika virus causes the birth defect called microcephaly.

There are only news headlines. The latest of these refer to two new studies “clinching” the Zika-microcephaly connection. However, the studies are nothing more than propaganda.

One study claims that, in several groups of mothers and babies born with the defect, the Zika virus was found. But at best, it was found in a small minority of cases studied. This weak correlation proves nothing. In fact, it is evidence against Zika as the cause. Why? Because scientific standards dictate that the virus should be found in all, or an overwhelming percentage of, cases.

The other study was done on mice. Needless to say, mice are not humans. In fact, mice are far from ideal animals to study, when inferences to human are going to be made.

The CDC and the World Health Organization are determined to weld Zika to microcephaly. Scientifically, they’ve utterly failed, but that doesn’t stop them. They can get headlines, and that’s all they care about.

Brazil, as everyone knows, has been made the target of the hysteria surrounding Zika. And the Rio Olympics are coming up shortly. Obviously, many tourists are going to stay home because they fear Zika. This could cut deeply into expected profits the Games generate. “Brazil is a terrible place to visit; Zika is rampant; run from the virus.”

More importantly, the global political scene is experiencing a ripple of disruption owing to what are called the BRICS nations—Brazil, Russia, India, China, and South Africa. This alliance is establishing its own monetary fund, independent of the IMF, and conversation have been held about defecting from the US dollar as the currency of choice in all sales of oil.

From the US government’s point of view, this toppling of the dollar must never happen. It was one reason Libya was destroyed. Ghaddafi was in the process of promoting a gold-backed currency (not the dollar) to be used in oil transactions.

Therefore, Brazil, as a BRICS nation, comes under the political gun. The entirely fraudulent Zika crisis is one vector in that attack.

Unfortunately, people are inexperienced in making connections between political/economic attacks, and medical ops. So they can’t see the links. But the links are there.

Since 1988, I’ve been detailing them. Just to take one example, the manufactured 2003 crisis called SARS was used, by the World Health Organization, to show it could bring a large city to its knees. WHO issued a travel advisory against flying into a “SARS epicenter,” Toronto. The city lost billions in tourism revenue. SARS had no basis in reality. The supposed cause, a coronavirus, was found in fewer and fewer patients—until the whole op was exposed as a rank fraud, for those who were paying attention.

In the case of the Rio Olympics, WHO hasn’t come out and advised the Games organizers to cancel or move the events. It doesn’t need to. It’s already stirred up enough fear to produce a deep cut in tourism money.

And after all, the globally televised Games will create an ideal opportunity to push more Zika fear at viewers.

The CDC and WHO are the Ministry of Fear. They use that emotion to front for pharmaceutical companies, who in turn sell vaccines and drugs.

“Be afraid. But don’t worry, we can help you and save you.”

If you buy that formula, I have some wonderful and inexpensive condos for sale on the dark side of the moon.

The most recent numbers I’ve found out of Brazil state that, in 854 confirmed cases of microcephaly, 97 were found with some trace of the Zika virus. That’s called evidence that Zika isn’t the cause. In any reasonable lab, the researchers would say, “Well, we go back to the drawing board. Far too many cases that don’t have the virus.”

But we aren’t dealing with reasonable people.

We’re dealing with an agenda.

And the agenda must be pushed, for purposes that have nothing to do with science or healing.