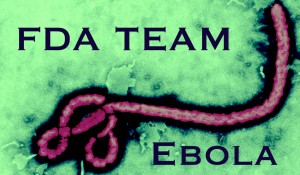 Modern medicine has transferred the notions of evil, Satan, and even ‘terrorist’ to The Virus. Unlike my previous articles about the Zika-virus-hoax, this one takes a larger view of what intelligence agencies call a cover story. A cover story is a tale that conceals an operation and its true purpose. It’s a diversion, a distraction, as in the old con artist’s shell game.

“Look over here. Don’t look there.”

A cover story is a scenario that convinces an audience it is seeing all there is to see:

A lone deranged assassin, Lee Oswald, murdered John Kennedy. Beginning and end of story. There is nothing else to investigate. There was no coordinated operation.

But in Brazil, there is certainly a deep and enduring health crisis. Add up grinding poverty, severe malnutrition, the enormous deployment of toxic pesticides, a lack of basic sanitation in areas, vaccine damage, among other factors, and you have a formula for human devastation.

Two long-term operations in Brazil (as well as many other countries) need to protect their secrets. I’m talking about a) modern medicine, and b) corporate giants who manufacture and sell pesticides. The use of pesticides has vastly expanded with the introduction of GMO crops, which require drenching with specific compounds, the most famous of which is Monsanto’s Roundup.

Modern medicine operates on the fallacious principle that treating poverty-stricken, chronically ill populations is life-saving and, indeed, messianic. This is a lie. The lie must be covered up.

These populations need productive work and money to survive. They need nutritious food. They need basic sanitation. They need a clean environment. Otherwise, their immune systems are constantly on the edge of collapse.

They aren’t ill because of viruses. In their condition, any germ coming down the pipeline will cause life-threatening infections, because their immune systems can’t respond.

Medical treatment in the form of drugs and vaccines makes things worse. The drugs are toxic, and the vaccines push immune systems over the edge.

Exposure of these simple facts would send a missile into the heart of the medical cartel. That must not happen.

Therefore, The Virus is constantly invoked as the culprit. The Virus is highlighted, promoted, and elevated to the status of public enemy number one. It is the cover story. It is essentially blamed for the horrendous living conditions I mentioned above.

“Well, of course we want to help all these people. But remember, two years ago, the virus that decimated them? And now, the new virus that has entered the scene? We’re doing everything we can to develop a vaccine, and in the meantime we have several drugs that can help.  We’re building clinics…”

Only a rank idiot or a venal propagandist would suggest such “cures.”

What’s going on here? Modern medicine is expanding its reach and its territory. And it is assisting those rulers and powers who want to keep populations in a wretched state.

For a fraction of the money that is being expended on “medical help,” you could go into a community, clean up the contaminated water supply, install basic sanitation, help create small farms, and watch people raises themselves up. That’s the start of a real cure.

In Brazil, as I’ve mentioned in previous articles, toxic pesticides are causing great harm. They’re poisons. The companies who manufacture and sell them, like Monsanto, have no intention of giving them up. These companies don’t care about human destruction or even the deleterious effects on huge cash crops. But the companies need a cover story, to explain the devastation they’re creating.

They, too, rely on The Virus. It’s their ace in the hole. Two years ago, it was Epidemic A. This year it’s Epidemic B. Highly publicized, heavily promoted.

“See all those sick and dying people? What a shame. Another virus has emerged. Bad luck. For some reason, these epidemics never start in Beverly Hills or Scarsdale. Oh well. Our corporation is happy to contribute to a fund for more medical care. You can count on us. We care.”

Whenever a new “outbreak” of disease occurs, people immediately begin looking for the single cause. Obvious cause, secret cause, it doesn’t matter. It always turns out to be a virus. They don’t bother looking at the conditions that have existed for a hundred years or more in the area of the “epidemic.” It’s as if these areas were previously brimming with prosperity, and suddenly people are laid low. How preposterous.

People in those areas have been falling ill and dying for a century. Now and then, things get even worse. It’s to be expected.

Giant agri-corporations and mining corporations and other corporations have been stealing good land from the local people for a long time. There’s a real virus for you. The corporations don’t want those people to turn to small farming. They want them to work on the plantations, and when they can’t work any longer because they’re too sick and too poisoned, other people will take their place.

The Virus is the cover.