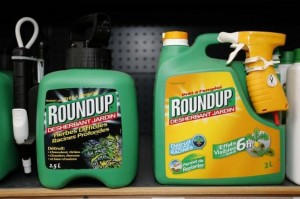 This is my fourth article on the Zika scam. A virus is being blamed for destruction that actually comes from other forces.

In a previous piece, I listed the top six causes for what is happening in the center of the storm, Brazil, where babies are being born with smaller heads (microcephaly) and brain damage. One of those causes is pesticides/herbicides.

Here I’m presenting information from an animal study that implicates glyphosate, the central ingredient in Monsanto’s herbicide, Roundup, in microcephaly and cranial malformations.

One of authors of this study is the late Argentine researcher, Andres Carrasco, who was subjected to scientific censorship and threats during his career.

The study was published on May 20, 2010 (Chem. Res. Toxicol.). It is titled: “Glyphosate-Based Herbicides (GBH) Produce Teratogenic Effects on Vertebrates by Impairing Retinoic Acid Signalling.” The study provoked a highly critical response from Monsanto, to which author Carrasco replied in kind, remarking that agenda-driven corporate-dominated research blankets the landscape, whereas truly independent inquiry gets short shrift.

The researchers in the study used xenopus laevis (frog) and chicken embryos. Administering glyphosate to chicken embryos produced “reduction of optic vesicles” and “microcephaly,” which is the key deformation in the so-called “Zika virus outbreak.”

The authors write, “The direct effect of glyphosate [on the embryos]… opens concerns about the clinical findings from human offspring in populations exposed to GBH [glyphosate-based herbicides] in agricultural fields.”

And if there is any doubt that the authors are talking about the birth defects now being (falsely) attributed to the Zika virus, they follow up with this comment: “There is growing evidence raising concerns about the effects of GBH [glyphosate-based herbicides] on people living in areas where herbicides are intensely used. Women exposed during pregnancy to herbicides delivered offspring with congenital malformations, including microcephaly [small heads], anencephaly [missing major parts of brain and skull in embryos], and cranial malformations.”

As I keep pointing out—and this is based on 30 years of investigation into phony epidemics—“the virus” is the best false cover story in the world. When researchers and government officials announce that so-and-so virus is loose, causing maiming and death, people automatically stand up and salute.

The cover story is used to obscure what is actually causing great harm, and when the cause is a major, major corporation, the propaganda effort to distract the population swings into high gear.

Monsanto knows how to protect itself. But the veneer is peeling from their operation. Millions upon millions of people now know what the company has been doing all these years.

In March 2015, the World Health Organization announced that glyphosate, the main ingredient in Roundup, is a probable human carcinogen. A Swiss group, the International Society of Doctors for the Environment, sent out a demand “to immediately and permanently ban, with no exceptions, the production, trade and use in all the EU territory of glyphosate-based herbicides.” And nearly two years ago, Brazil’s Federal Public Prosecutor asked for a ban on all glyphosate use in the country.

Now we have the birth-defect horror in Brazil.

That nation uses more pesticides than any country in the world. Soy is planted on more acres than any other crop—a testament to the strength of Monsanto’s operation.  Soy means Roundup use.