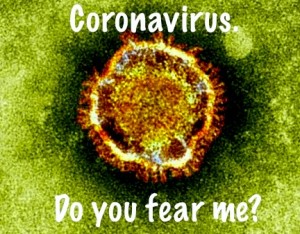 While I was writing my first book in 1987, AIDS INC., I spoke with a media rep at the US Centers for Disease Control (CDC). After a bit of wrangling, he told me what I wanted to know: the CDC sends certain people to Langley for CIA training, and when they come back they have advanced security clearances.

This melded nicely with what I was learning about the CDC’s little-known Epidemic Intelligence Service (EIS). Right off the top, I can tell you they create disinformation on a scale that must make the CIA jealous.

Here is a brief excerpt from the CDC’s website, “50 Years of the Epidemic Intelligence Service”:

“In 1951, EIS was established by CDC following the start of the Korean War as an early-warning system against biologic warfare and man-made epidemics. EIS officers selected for 2-year field assignments were primarily medical doctors and other health professionals…who focused on infectious disease outbreaks. EIS has expanded to include a range of public health professionals, such as postdoctoral scientists in statistics, epidemiology, microbiology, anthropology, sociology, and behavioral sciences. Since 1951, approximately 2500 EIS officers have responded to requests for epidemiologic assistance within the United States and throughout the world. Each year, EIS officers are involved in several hundred investigations of disease and injury problems, enabling CDC and its public health partners to make recommendations to improve the public’s health and safety.” (italics added)

Several hundred investigations a year. An unparalleled opportunity to shape the truth into propaganda. Control of information about disease. Control out in the field, where EIS agents rush to the scene of “outbreaks,” all the way through the hallowed halls of academia, into the press, into Big Pharma, into the government.

When I say control of information, I mean disinformation. That’s what the EIS is for. They’ve never met a virus they didn’t love, and if they couldn’t find one, they pretended they did.

They front for the medical cartel. And they provide cover for the crimes of mega-corporations. There’s a town where poverty-stricken people are dying, because horrendous pesticides are running into the water supply and soil? No, it’s a virus. There’s a hotel where the plumbing is broken and human waste is getting into all the bathrooms, and they want this hotel to be the epicenter of a new epidemic? No, it isn’t the plumbing, it’s a novel virus never seen before by man. There’s a section of a city where the industrial pollution is driving people over the edge into immune-system failure? No, it’s a virus.

And here’s the capper. Their propaganda is so good most of the EIS people believe it themselves. You don’t achieve that kind of robotic servitude without intense brainwashing. The first installment of the mind-control program is called medical school.

The EIS would have you believe the whole world is being attacked by viruses, all the time. That’s their mission.

Here is the data you need to know. I’ll try to boil it down. To even begin to say a particular virus might be causing a disease, you have to remove diseased tissue from many humans with the same symptoms, put the tissue samples under an electron microscope and see a whole lot of that particular virus, not just one or two stragglers. This procedure is rarely done. The tests that are used widely, the antibody and PCR tests, are worthless for this purpose. I have provided details in other articles (see this “zika” one).

Finding what might be a particular virus in a few people doesn’t cut it. Which is exactly what happened in the 2003 SARS “epidemic,” for example. Ten closed labs did all the original research. They emerged with what they called a coronavirus as the cause of SARS. However, in Canada, as the weeks passed, fewer and fewer diagnosed SARS patients showed any sign of the virus. It was all a ruse, a con.

Researchers are trained to think that possibly finding a virus in a few patients allows a conclusion that the virus is causing the disease. This is utter nonsense.

In the case of Zika, as I wrote in a recent piece, Brazilian researchers have just gone off the reservation and decided to revisit their own original findings. So far, they’ve only been able to confirm six cases of microcephaly (small heads, brain impairment) where the Zika virus is present. Six. The whole thing is turning out to be ridiculous.

The Brazil op has several dimensions. I’ll point out one here. The Zika virus, as in other cases, will be strongly linked to global warming (yet another example of bereft “science”). This tune will be sung: mosquitoes that carry disease are expanding their territory because of warming, and therefore people who once considered themselves safe from these “exotic” viruses will fall ill and die. Bottom line: to limit warming, the planet must adopt cap and trade, carbon taxes (and lower energy production). This is the Globalist agenda. It is intended to drive countries deeper into misery, debt, and chaos—thus making it easier to install a wider and wider global management system.

And this line of psy-op and propaganda begins with the virus hunters of the EIS. They control and own the chokepoint of disease research. They blow up their scanty findings into ex-cathedra pronouncements.

And of course, this strengthens the vaccine establishment because, for every virus, there must be a vaccine: the shot in the arm, loaded with toxic chemicals and a variety of germs.

The EIS. The CDC’s band of brothers. The medical CIA.