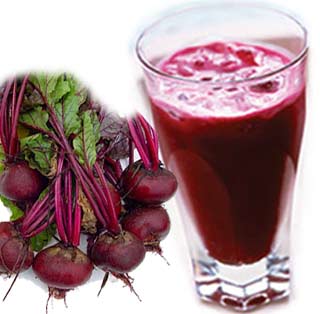 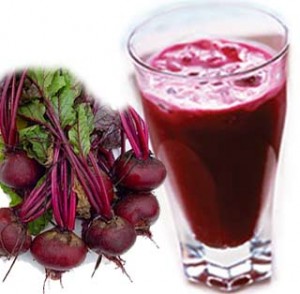 The vegetable known as the beetroot in Great Britain (and usually called the table beet, garden beet, red beet or just plain beet in the U.S.) has been studied in recent years for its health-building properties. For example, scientists have found it is rich in the nutrient betaine, which reduces the blood concentration of homocycsteine, a substance linked to heart disease and stroke. Now a study just published in the American Heart Association’s Hypertension journal concludes drinking beet juice lowers high blood pressure quickly and effectively — and could be a natural approach to helping prevent cardiovascular problems.

British scientists at the Queen Mary University of London found that drinking beet juice lowered blood pressure to healthy levels within 24 hours. In fact, it was just as effective as prescription nitrate tables in treating hypertension. In a previous study two years ago, the same research team had first observed that drinking beetroot juice lowered blood pressure — now they’ve figured out exactly why.

It turns out that the organic form of nitrate found in beet juice is the key to its blood pressure lowering benefits. Study author Amrita Ahluwalia, Professor of Vascular Biology at Queen Mary’s William Harvey Research Institute, said the investigators were able to prove the nitrate was the cause of beet juice’s beneficial effects on cardiovascular health because they showed beet nitrate increased levels of the gas nitric oxide in the circulation. Nitric oxide is a type of biological messenger in the body. It signals smooth muscle tissue to relax, induces vasodilation and increases blood flow, leading to a lower blood pressure.

“We gave inorganic nitrate capsules or beetroot juice to healthy volunteers and compared their blood pressure responses and the biochemical changes occurring in the circulation,” Professor Ahluwalia said in a statement to the press. “We showed that beetroot and nitrate capsules are equally effective in lowering blood pressure indicating that it is the nitrate content of beetroot juice that underlies its potential to reduce blood pressure. We also found that only a small amount of juice is needed — just 250ml — to have this effect, and that the higher the blood pressure at the start of the study the greater the decrease caused by the nitrate.”

“The research will be welcome news to people with high blood pressure who might now be able to use a new ‘natural’ approach to reduce their risk of cardiovascular disease (including stroke and heart attacks) — the world’s biggest killer,” the researchers added in the media statement.

Click Here To Read The Full Article at Natural News